What is THC Clearing up Confusion

What Is THC? Clearing up the Confusion behind This Mysterious Compound

Cannabis has elicited quite a bit of excitement and controversy over the last several years. Countless people are touting its many business and revenue-generating opportunities. Others insist it’s a dangerous, addictive drug that’s best left in the shadows where it can’t do any harm. Many are quick to point out more suffering can come from not having access to marijuana’s physical and emotional benefits than from decriminalizing it.

Regardless of which side of the fence people choose on the matter, cannabis is a complicated plant with innumerable interesting qualities. Its diversity and complexity may very well lie at the heart of all the arguments surrounding it. Understanding THC and CBD, and how they work, might be the key to not only clearing up much of the confusion and misjudgment but unlocking the full potential of those components.

THC, or tetrahydrocannabinol, is one of more than 400 elements found in cannabis. Over 100 of those compounds fall into the category of cannabinoids, and THC is one of the two most abundant. It’s also the one many recreational and medical marijuana users seek so enthusiastically for its psychoactive and therapeutic effects.

In scientific terms, THC’s chemical composition is C₂₁H₃₀O₂. This means it’s made up of 21 carbon atoms, 30 hydrogen and two oxygen. While it sounds simple enough, this combination of atoms can have quite a powerful and intricate impact on those who use cannabis.

THC’s closest counterpart is CBD. Though the two compounds are identical in chemical makeup, they have very different effects on cannabis users. In some cases, the two work in tandem to balance each other’s effects and provide maximum advantages.

For a close look at i49 USA’s high-THC cannabis seed collection, visit the i49 USA webpage.

What Does THC Do?

THC’s effects generally need no introduction. For the sake of discussion, though, we’ll break down the matter a bit. It’s responsible for the common high experienced when smoking or ingesting cannabis. This can include euphoria, relaxation and lack of mental clarity to name a few reactions.

Have a look at i49 USA’s catalogue of high-CBD therapeutic seeds here.

How Does THC Differ from CBD?

As mentioned, CBD and THC are very close in structure. They share an identical chemical composition, but CBD has a slightly lower molecular mass than THC. Both compounds are used to treat a wide range of issues, including pain, nausea, seizure disorders, anxiety and more.

To learn more about the specific differences between THC and CBD, including medical applications and typical effects, check out i49’s  high-THC seeds and high-CBD seeds.

How Does THC Work?

In order to explain how THC works, it’s important to first cover a few details about a key functional component of the human body. People are equipped with a unique network of cells, receptors, compounds and enzymes in what’s called the endocannabinoid system.

While the endocannabinoid system has only recently been discovered and isn’t yet fully understood, two of its naturally produced elements have been isolated: anandamide and 2-arachidonoylglyerol. These endocannabinoids aid in regulating several vital functions, including appetite, sleep patterns, emotional state, and memory. They also have an impact on the way people experience pleasure and the passing of time. Those compounds affect our ability to think, concentrate, and move.

The way high-THC cannabis strains interact with the endocannabinoid system is a fascinating area of study.When the systems in the body responsible for all those functions and perceptions need a bit of a boost, they signal the body to produce endocannabinoids. In turn, those compounds flow through the body and bind with receptors in the nervous system.

Endocannabinoids differ in composition and purpose based on the systems triggering their production, but they may help heighten happiness, reduce pain, ease anxiety or quell nausea among other functions. In some cases, they even help the brain determine the difference between important details that should be remembered and those that are insignificant.

As fate would have it, THC and CBD closely resemble anandamide in structure. When someone takes in cannabis, THC and CBD enter the body where they’re recognized as cannabinoids and readily accepted. Then, they bind with endocannabinoid receptors and generate their famous effects.

In some cases, THC binding with cannabinoid receptors can have a negative impact. Since it alters awareness, it may cause hallucinations, irrational fear or anxiety for some people. It may also lead to nausea-inducing dizziness and other unpleasant experiences.

Cannabis’ powerful medical uses were discovered in ancient times by various cultures around the world. It has been utilized for centuries to cure ailments, treat skin conditions and remedy mental disorders as well as a long list of other purposes.

Because of THC’s innate ability to bind with cannabinoid receptors throughout the body, it could be considered one of the most diverse treatment alternatives available. This compound, sometimes coupled with CBD, is often used in oils or tinctures to reduce skin inflammation and has even been found effective at treating melanoma based on some studies and personal accounts.

THC is also known as a neuroprotectant, or an agent that helps protect brain cells against damage from various sources. Researchers are considering its potential effectiveness in cell growth and regeneration as well. While marijuana has been used for quite some time for alleviating certain side effects of cancer and chemotherapy, some studies are pointing to THC and its fellow cannabinoids as possible treatments for cancer itself.

Because of the numerous benefits and uses of THC and other components in cannabis, its treatment potential continues to grow and branch out. It’s now being used to help reduce the effects of Alzheimer’s and Parkinson’s diseases, PTSD, neuropathy, stroke, ADHD, IBD, depression and an extensive list of other conditions.

Hundreds of strains of cannabis are now available, and new ones are continually being developed or discovered. Each one has its own specific chemical composition, and no two are quite the same. Sometimes, THC content even varies among different plants of the same strain because of growing conditions and other factors.

Some marijuana strains contain significant amounts of THC and low levels of CBD. Those containing concentrations of 15 percent or greater are generally considered the most favorable among those interested in high THC levels. Certain strains may contain 25 to 30 percent or more.

High-THC strains are the ones most likely to produce strong senses of euphoria, extreme relaxation, noticeable pain relief and lack of coordination and concentration among other side effects. They’re also more apt to have negative impacts on people who aren’t accustomed to cannabis or have a low tolerance for THC.

Other strains contain little to no THC but are high in CBD. Many of those help with chronic pain, anxiety, depression, inflammation and other mental and physical conditions just as effectively as high-THC strains. They simply don’t produce the same high as those with lofty levels of THC.

Still more cannabis strains have equal or near-similar amounts of THC and CBD. They offer the benefits of both compounds and often provide more balanced side effects. CBD has been found to counteract the influence of THC in some cases, so it helps reduce the risk of extreme reactions, such as severe anxiety and paranoia or frightening hallucinations.

Smoking is, by far, the most popular way of consuming cannabis. Some prefer packing their marijuana into traditional rolling papers or hollowed-out cigars while others favor bongs or bowls. Vaporizers are becoming increasingly common smoking tools as well.

Though smoking is the fastest way to feel the effects of THC and CBD, it may also be one of the least efficient methods of consuming those compounds. According to some reports, as much as 60 percent of the THC contained in marijuana is lost during the inhalation process. Vaping results in an estimated loss of about 45 percent.

Edibles are rapidly gaining steam across the country with a continually growing list of tasty, cannabis-infused treats now available to consumers. Effects are much slower to take hold with this method of consumption, but they’re usually stronger and more enduring. Less THC and CBD are lost in the process of digestion than inhalation, so it generally takes less to generate the same results.

Have a look at popular strains for concentrate-making here.

Cannabis doesn’t necessarily have to be consumed at all. It’s also blended into creams, ointments, lotions and oils for topical use. Transdermal patches are making their way into the market as well. Regardless of the method of use, THC must be exposed to heat for it to work on the body’s cannabinoid receptors.

Visit i49 USA to have a look at our catalogue of high-THC seeds available for purchase and delivery!

THC is one of two primary compounds and hundreds of secondary elements found in cannabis. It’s known for generating an interesting high as well as providing a variety of medical benefits. This compound is found in widely varying amounts depending on the strain in question. Strain and method of consumption tend to dictate the impact and effectiveness of the drug. Whether smoked, eaten or used topically, THC can help provide relief from physical, mental and emotional conditions. The folks at i49 USA will help you navigate any seed-related decisions you might have, visit the website to request a call back! 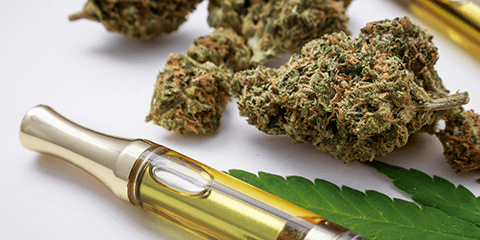 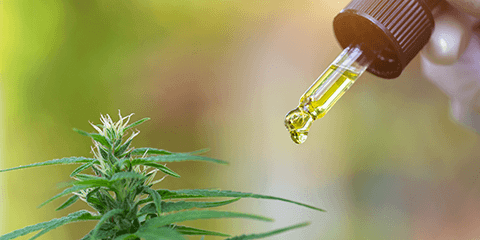 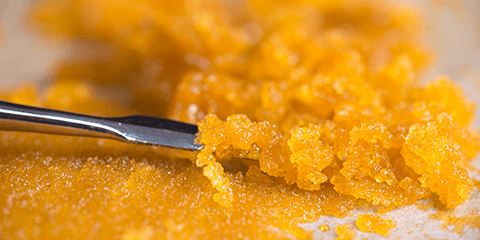 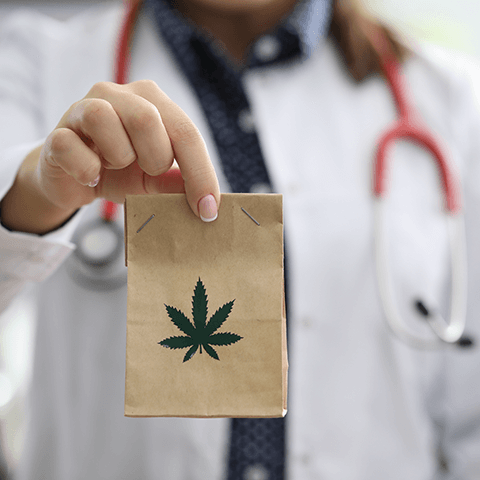 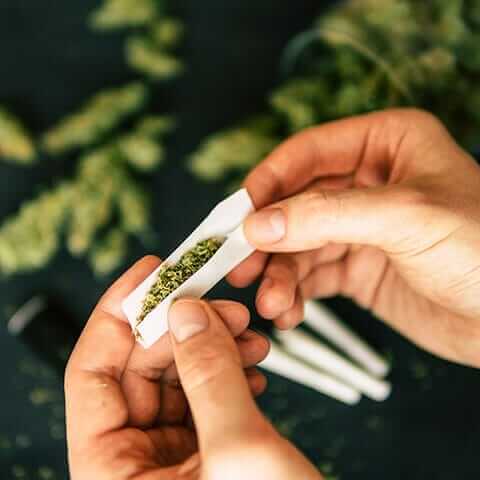 March 16, 2021 | Edibles & Recipes
How to make weed butter Let’s face it; butter is good. It’s the perfect addition to an endless array of meals and snacks. It helps add crunc...
Read more

March 15, 2021 | Edibles & Recipes
How to Make Marijuana Brownies Edibles are just as popular among today's cannabis consumers as smokable buds. Despite the recent proliferati...
Read more