Eating too many Edibles

Eating Too Many Edibles

Marijuana edibles are great when taken in appropriate doses. They confer all the same benefits as smoked cannabis without any of the negative health repercussions that come along with smoking. They’re also more potent, and they last longer.

Although most veteran cannabis enthusiasts consider these last two factors to be among the greatest benefits of eating edibles, the longer-lasting, stronger effects of marijuana-infused candies and confectionaries can be a problem for those who go a little overboard or overestimate their tolerance. Everyone makes mistakes, so don’t feel bad about it, and don’t be embarrassed. Instead, read on to find out what to do after eating too many edibles.

The most important thing consumers can do to improve their situation and avoid causing trouble for themselves is to stay calm. Once someone has consumed an edible, he or she can’t turn back time. Getting too high can induce anxiety, or even outright panic, and reduce impulse control. Freaking out is a great way to make a bad situation worse, so stay calm and ride it out. Even a regularly “calming strain” like auto purple kush can have anxiety-promoting effects when consumed in great excess.

Keep in Mind that Marijuana is an Extremely Safe Drug

The first thought that enters most consumers’ minds when they realize they’ve eaten way too many pot brownies or weed gummies is that they might be doing themselves irreparable physical or psychological harm. Thankfully, that’s all but impossible. No one has ever died from a marijuana overdose, so don’t call the ambulance just yet.

Most people who consume too many edibles just feel uncomfortable for a few hours, then sober up and laugh about it. In some, thankfully rare, circumstances, excessive marijuana consumption can lead to unpleasant symptoms like nausea, vomiting, and panic attacks, but staying calm, drinking water, finding a distraction, and waiting for it to be over is still the best solution.

Panicking about feeling too high isn’t going to help anything. Don’t feel bad about it, because it happens to almost everyone who eats edibles frequently at some point or another, but don’t feed into it, either. Instead, try some deep breathing exercises. Seek out some place that you are comfortable, like your living room couch or garden where you plant your outdoor seeds.

Stop, take a deep breath, hold it for a few seconds, then release it slowly. Try to pay attention to the physical sensation of the air as it enters and leaves the body. Repeat this at least a few more times, then reevaluate. Deep breathing won’t stop consumers from feeling way too high, but it should calm them down.

Focus on Something Else

After taking a few deep breaths and calming down, find something else to focus on. There’s no point in fixating on wanting it to be over. The unpleasant sensations will pass eventually, but just staring at a wall and thinking about how awful they are will just make the time feel like it’s slowing to a crawl.

Instead of fixating on all that anxiety and discomfort, try putting on a favorite CD, or watching a funny movie. It will distract most users enough that they’ll stop thinking about how unhappy they are about being so high and will make the time pass quicker.

Talk to a Friend

Have a trusted friend or close, 420-friendly family member to call? Now is a good time to do it. Talking about the experience can make it easier to handle. Plus, if the person on the other end of the phone has experience with edibles, he or she might have some good advice about how to handle it.

Telling someone else what’s happening also helps consumers who have accidentally gotten uncomfortably high get perspective and better remember their experiences. Before eating edibles again, they should ask the friend how much they ate and make a point of consuming less THC.

Take the Edge Off

There’s no way to kill the high completely, but it’s sometimes possible to take the edge off a little. The best place to stay calm and start feeling more collected is consumers’ homes or other places where they feel safe. If possible, try to get a ride home. Don’t ever drive after taking too many edibles, though, because impaired driving is always a recipe for disaster.

Taking a shower isn’t going to sober anyone up on the drop of a dime, but it can help take the edge off. A long, hot shower gives consumers a quiet place to collect themselves and the heat calms them down. After a good shower, many people find that they’ve gotten their minds back on track. If they’re still struggling with anxiety and feeling too high, there are still a few other things to try.

Drink some water. Drink some Gatorade or something else with electrolytes in it, then drink more water. Staying hydrated helps combat some of the unpleasant side effects of getting too high and helps to flush the THC out of the system quicker.

Be Careful About Eating

Eating regular food after consuming too many edibles offers a mixed bag when it comes to results. Some people feel better after some light snacks, especially if they’re feeling nauseous, but others find that it intensifies the effects. Eating speeds up the metabolism, which can cause the body to finish processing any THC left in the digestive system faster. This may reduce the amount of time that consumers have to struggle with feelings of anxiety and excessive mental impairment, but it can also make the high feel more intense than it would otherwise.

This may sound like an odd tip, but it’s backed by science. Researchers believe the calming effects of black pepper when combined with cannabis may be related to altering the terpene profile of the herb, which contributes to marijuana’s entourage effect. Given that terpenes are often degraded during the decarboxylation and cooking processes, it makes sense that supplementing some natural chemicals that would otherwise be absent from edibles could help to reduce anxiety. Some strains like Amnesia Haze and Super Skunk actually contain the terpene called “Caryophyllene”, which is the prominent active ingredient in black pepper, also found in rosemary, hops, and cloves.

Suck On a Lemon

Citrus fruits also contain terpenes. More specifically, they contain limonene, a compound found in many strains of marijuana such as lemon tree weed and gorilla glue lemon. Introducing some extra limonene can help to reduce THC-induced anxiety after eating too many edibles. Like black pepper, it’s not a miracle cure and the high won’t completely dissipate, but it can help to take the edge off. If nothing else sucking on a sour lemon will serve as a mental distraction for a period of time!

Go for a Walk

Those who live in the country and find that they’ve got enough energy, coordination, and confidence to head out for a walk in the woods, along the beach, or in another natural setting may find that it helps them calm down. The calming effects of nature are well-documented and apply not just to cannabis consumers, but all people. While walking, take things slow, and pay attention to the surroundings. Just hearing the birds, seeing the treetops blow gently in the wind, and feeling the ground underfoot can be enough to back many people down off of an unpleasant high.

Live in the city, or just can’t get it together enough to put on pants and shoes to go outside? Try putting on a nature documentary instead. Heading out for a walk isn’t a good solution if it’s going to induce more anxiety instead of calming people down, and it’s definitely not a good idea if consumers have any concerns about their safety.

This tip doesn’t just apply to professional painters. Anyone can bust out some colored pencils and doodle, or, better yet, sit down with an adult coloring book. Creating art offers a welcome distraction, lets the artist express him- or herself, and comes with the added bonus of giving the artist something to look back on to remember the experience, either as a cautionary tale or as a pleasant one if things turn around in time.

While it’s not possible to just put a stop to an unpleasantly intense experience with edibles, consumers can take notes about what happened, so they won’t make the same mistake again. Write down where the edibles came from, what circumstances they were taken in, how much everyone ate, whether it was on an empty stomach, and when the effects started kicking in and going away. Review those notes next time someone offers to make or buy edibles and make a point of eating no more than half the amount. That way, there won’t be any unnecessary repeats of the first bad experience.

Edibles can contain quite a high thc content, so it’s easy to go overboard. Almost everyone who uses them has done it at some point, and while it’s always stressful, it doesn’t have to be a catastrophic event. The best way to deal with getting too high is to avoid it by starting slow and exercising patience while waiting for the effects of edibles to kick in, but those who have already made their mistakes aren’t completely out of luck.

Try to stay calm and remember that there’s no way to overdose on marijuana. Eventually, the effects will wear off by themselves no matter what consumers do but following the advice above can make riding it out a little easier and, in some cases, can reduce the length and severity of the bad high.

As a final side note here, there is a possibility that some readers out there may be treating a serious ailment like cancer which requires them to take very high levels of THC many times daily. Both THC and CBD have been found to have beneficial tumor-shrinking capabilities, so this reality is not out of the question. Those who can smoke cannabis can also grow high thc seeds to consume. The resulting sativa or indica flower will have a high THC content to be able to up your tolerance. If smoking is not an option for you, the other option is to just slowly increase you dose of edibles over the course of a few weeks. Thanks for reading and be sure to check out our online store where can you buy marijuana seeds and get them shipped discreetly right to your door. 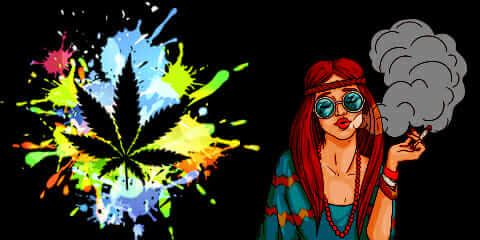 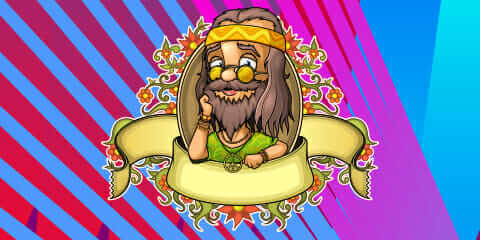 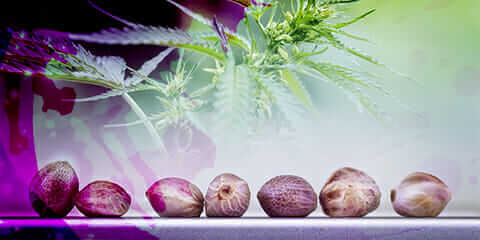 Buy Marijuana Seed In The USA