How to Breed for Unique Cannabinoids

If you want to breed marijuana for certain cannabinoids but don’t understand complicated charts and technical jargon, this guide is for you. Here, we’ll break down everything you need to know about selective breeding and the genetic preservation of cannabis.

Why Should Growers Focus on Genetics and Breeding?

Cannabis breeding and the continuation of plant lineages aren’t just for the experts. Today’s home growers have more skills than ever, which has allowed them to create strains with higher levels of beneficial cannabinoids. A home grower who has mastered the basics can easily create hybrids and F1 seeds. Many of today’s most popular strains were created in home gardens, and some were happy accidents.

Though your home grow tent may not yield enough seeds to start a seed bank, smaller-scale breeding is still a good option. Here, you don’t need a botany degree; plain old weed growing experience is enough. With time in the industry, growers develop the ability to uncover certain phenotypes. From there, they can use those skills to breed strains with certain cannabinoid profiles.

In the sections below, we’ll discuss how to preserve those all-important plant genetics.

Taking cannabis plant cuttings is an easy way to preserve a great strain. Some of the best varieties are only available as clones, and growers have little choice but to take more cuttings to preserve those genes. Cloning is a highly transferable skill, and it’s more important to breeders than to growers. To become a breeder, one must first achieve cloning success.

The production of F1 seeds only requires a cloned female marijuana plant. The resulting seeds only carry one set of genes: the mother plant’s. To accomplish this, however, a grower must force the plant to change its gender, so it pollinates itself. Most at-home breeders intentionally stress flowering females, inducing them to produce seeds. This method is often applied to clone-only strains to create F1 seeds.

If you’re trying to breed a strain with an elevated CBD content, you can take a sample from each of your plants and choose the one with the high-CBD phenotype.  Make use of your males by crossing plants from the same batch. If you’re well-acquainted with the strain and working with the same collection of seeds, it’s possible to select a good breeding pair.

Though this old-school method is largely used by outdoor cultivators, it may also work indoors if the original seeds are organic and authentic. With careful seed selection, the plants’ offspring will have stable genetics and the desired cannabinoid content.

Before getting any further into the process, consider sharpening your skills by collecting pollen and creating seeds. Starting with a reliable seed batch is a solid introduction to the world of selective cannabis breeding.

These strains are created when other hybrid strains are crossbred. When various inbred or landrace strains are bred together, an F1 hybrid is created. Here, F1 denotes the first generation of plants resulting from crossbreeding. F1 hybrids give way to F2s, F3s, and more, as future generations are born.

However, if F1 cultivars are bred with other F1s possessing different genetics, polyhybrids are created. An F1 hybrid carries traits from both parents’ strains, meaning that they’re a bit unpredictable as far as cannabinoid content is concerned. It takes quite a bit of work to stabilize such a strain and ensure the consistency of its offspring.

To end off this section, here is a brief list of a few of our top 149 favorites for feminized hybrid seeds:

Though a cannabis garden can be set up in a closet if necessary, selective breeding requires more space. You’ll need a propagation area and a nursery, as well as separate rooms for female and male plants.

If you’re contemplating breeding plants for cannabinoid content, you probably already know this, but it’s worth repeating. Male and female plants should always be kept separate. This is crucial, especially when breeding polyhybrids, because of the risks associated with crossing the wrong varieties.

Start by collecting the male plants’ pollen at the right time. Pollen is plant sperm, and it’s needed to fertilize the female plants’ flowers and encourage seed production. When a male plant’s pollen sacs open, cover the plant with a sealable bag and give it a good shake.

Female cannabis plants are ready to breed during the early part of the flowering stage, as their white pistils begin to form. These proto-buds are tiny hairs that extend from the calyx to trap pollen. Once you’ve chosen a female plant, isolate it to prevent accidental pollination. It’s best to set up a fertilization area to prevent mishaps.

To pollinate a female plant, put the bag of pollen over any branches showing signs of bud formation. Tightly seal the bag over the branches and shake it vigorously. Leave the bag there for approximately an hour and repeat the entire process with each bud-bearing branch.

It’s important to document each step in the cannabis breeding process, especially when creating a polyhybrid strain for greater cannabinoid content. It’s quite easy to lose track of which plants have been bred and which strains they are. To prevent confusion, consider labeling each plant for easy identification. It’s a good idea to keep track of all crosses made with each plant, and by adding dates beside each task, it becomes easier to estimate the waiting period.

F1 hybrid seeds are some of our most popular seed choices. However, the creation of productive, cannabinoid-rich hybrids is a long-term process. Expert breeders may take years to come up with such strains, and to do so, they may take cultivars from hundreds or even thousands of plants.

A genuine F1 hybrid can only be created by crossing landrace and stable, pedigreed strains. Unless you’re going strain hunting, it’s almost impossible to find quality landrace seeds. That’s why we suggest sticking with our awesome hybrid catalog!

In much the same way, filial breeding is too complex for most home breeders. By crossing two F1s, the second or F2 generation is created. Unfortunately, the seeds won’t be as stable, and they’ll be harder to work with than those from the F1 generation.

Careful, large-scale selective breeding is necessary to create cannabinoid-rich strains with this approach. In many cases, it takes five or six breeding generations to stabilize a new line.

It’s a common issue among cannabis enthusiasts: buying the same strain several times, only to have it look or taste different every time. In other cases, growers may work with the same strain over multiple seasons, with each crop ending up different.

These minor differences within a single strain are referred to as genetic variability. Though two blue dream plants may have identical lineage, their phenotype or genetic expression arises when they respond to their environment.

Phenotypical variability may appear as differences in resin production, size, and color. Strains may also have varying chemotypes, which are the chemicals they manufacture. For example, one strain may have high levels of a certain terpene, while another strain may have much more THC than it does CBD.

If you’ve germinated seeds from the same source and have seen significant differences in plant phenotypes, the strain is very unstable, and the seeds are considered heterozygous. Though it’s not an issue for small-scale growers, it’s a big problem for commercial cultivators who are striving for consistency of flavor, aroma, and cannabinoid content.

Such consistency can be achieved by stabilizing a strain’s genetics. This produces more homozygous seeds, which exhibit less phenotype variability. How can a breeder stabilize a strain? We’ll discuss it below.

Backcrossing or BX is a way to attain greater consistency of plant size, aroma, and cannabinoid content. When a breeder creates a strain, they start with two parent plants that possess desirable traits. When those plants are crossed, a first-generation hybrid is a result.

In backcrossing, a member of that generation is taken backward up the family line and bred with one of the parent strains. This sort of inbreeding solidifies the presence of the parental genes as the two strains are bred together several times.

For instance, if the female harlequin seed was high in CBD, which has proven analgesic effects, a breeder could create stronger traits by breeding that plant with one of her male offspring. The resulting plant would have more of the mother’s genes than the first generation, which was also influenced by the male parent’s genetics.

Though backcrossing is a good way to stabilize a cannabis strain’s genetics and preserve its cannabinoid content, it can cause issues when taken to extremes. When plants are inbred to a high degree, recessive genes producing undesirable traits are also strengthened and handed down through subsequent generations.

As shown in this comprehensive cannabis breeding guide, there are several ways for breeders and growers to preserve and improve their favorite strains, and to create new and different varieties with the desired cannabinoid profile. The highest-quality plants begin with the best seeds, which are found through online seed banks such as i49.net. Count on our experts to help you find the right seeds for your cannabis breeding goals. 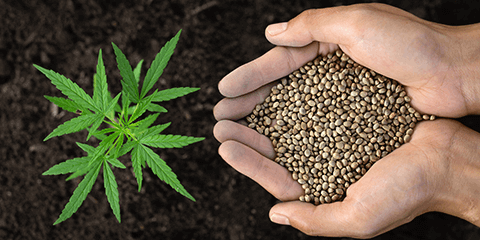 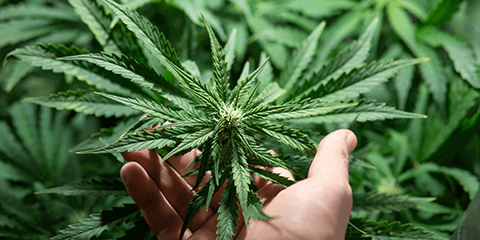 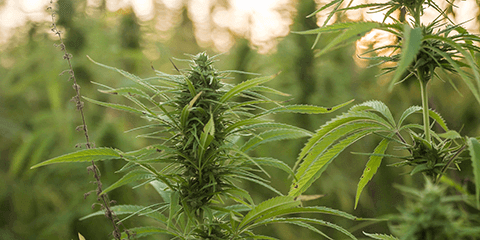 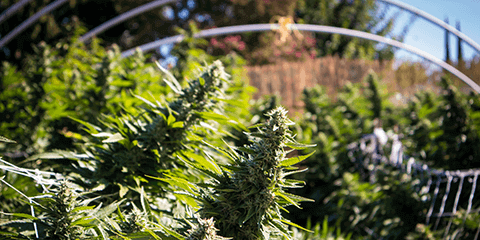 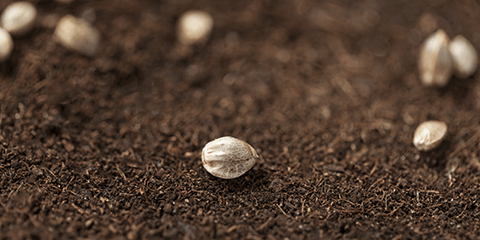