Since Washington and Colorado legalized recreational marijuana in 2012, several other states have passed similar initiatives during election years. 2020 is looking like another great year for cannabis. As of now, advocates in 16 states believe that legalization measures could be put before voters; some states are considering recreational use initiatives, while others are focusing on medicinal use.

Unfortunately, not all efforts will have the funding or campaign planning necessary to qualify for consideration during elections, and this guide will be centered on the efforts that are most likely to advance. Here’s a list of states that are likely to vote on cannabis legalization during the 2020 election cycle.

The state’s citizens narrowly voted down a legalization measure four years ago, mostly because of the pharmaceutical industry’s significant campaign contributions. This election year, however, the state’s medical marijuana seed companies are working to pass legislation allowing usage by adults.

The initiative, called Smart & Safe Arizona, would allow those over the age of 21 to consume, possess, buy, and grow cannabis or marijuana seeds. It would also allow individuals with past convictions to work toward expungement, and tax revenue from newly legal sales may be invested back into communities negatively affected by prohibition measures.

Several well-known dispensary chains are contributing to the campaign. For the measure to appear on the ballot, the state’s legalization advocates must collect 237,645 voter signatures.

In 2016, the state’s voters approved an amendment allowing for access to medical cannabis, which means that one should be able to buy regular cannabis seeds in a store or online. Now, Arkansas advocates are suggesting measures to end prohibition and expunge prior convictions. To get the measure on the ballot, the advocacy group must get 89,151 signatures before July 3.

Under the proposal, anyone 21 and over would be allowed to have four ounces of cannabis flower, two ounces of concentrate, and edibles with 200 mg or less of THC. They would also be allowed to grow up to six seedlings and six flowering plants for their own use. A system of regulated sales would be set up, with revenues funding program implementation, after-school programs, and the University of Arkansas for Medical Sciences.

Despite efforts to get legislation through committees this election year, legislators were not able to form the consensus necessary to get the bill on Governor Ned Lamont’s desk. Though Connecticut lacks the initiative process where advocates can get issues on the ballot through petitions, some officials have suggested a referendum where voters would be able to offer their opinions on ending cannabis prohibition. However, a referendum would be costly as far as public education is concerned and getting it on the ballot in time would require a 75% supermajority of the state’s legislators.

Florida’s voters approved a legalization amendment back in 2016. Now, Make it Legal Florida wants to put a full-scale measure on the 2020 ballot. The amendment would allow anyone 21 and older to have up to 2.5 ounces of flower, and existing dispensaries would be allowed to sell products to adults. The campaign is backed by some of the state’s most well-known cannabis companies.

It’s one of just a few states that even prohibits patients from accessing low-THC, high cbd seeds. That may change, however, because of a proposed ballot measure for which advocates are gathering signatures.

The proposal would allow caregivers and patients to possess four ounces of flower. It would also set up a system of regulated and licensed testers, processors, growers, and dispensaries. A patient would not be able to grow marijuana seeds unless they receive a hardship exemption, in which case they’d be allowed to keep six plants. Advocates must collect 55,057 signatures to get the measure on the ballot.

In September 2019, advocates filed enough signatures to get a medicinal cannabis measure on the 2020 ballot. If the law is approved, patients with conditions such as PTSD, chronic pain, and cancer would be allowed to have up to 2.5 ounces of flower every two weeks.

The state’s voters approved a medicinal cannabis measure back in 2018. Now, advocates are pushing for widespread legalization. Though several measures have been filed with Missouri’s Secretary of State, most campaigns lack the funding needed to hold a successful petition drive. In 2019, three measures qualified for the ballot, but two of those were rejected at the polls. In the meantime, when looking for marijuana seeds for sale in Missouri, i49.net has you covered with authentic genetics and discreet packaging.

This state already approved medical cannabis, and its activists are working toward legal use for all adults in 2020. Advocacy groups are drafting two different measures; one is statutory, and one is constitutional.

Though the proposal’s details aren’t yet available, it needs about 25,500 signatures to get on the ballot. The constitutional measure would need almost 51,000 signatures.

While the Garden State’s legislators and its governor hoped to pass a legalization measure, there simply weren’t enough votes. Rather, lawmakers put the question directly before the state’s voters.

Under the current referendum, the 2020 ballot will contain a question on cannabis legalization. If the amendment is approved, New Jersey’s lawmakers would then start creating regulations for the cannabis industry.

Governor Andrew Cuomo included legalization measures in an early budget submission, but despite widespread support, the proposal didn’t make it. Cuomo and legislators will try again this year, but the governor has suggested that the question may take the form of a voter referendum. If New York’s lawmakers cannot agree on legalization details, Cuomo may work harder to advance the referendum.

In North Dakota, voters approved a 2016 medical cannabis measure but defeated a later proposal for broader legalization. Thankfully, the state’s advocates may get another chance this year. The 2018 measure placed no limits on the amount of marijuana a person could grow or possess, but the new measure has stricter regulations. Supporters hope that North Dakota’s voters will agree to this more stringent proposal.

Back in 2015, Ohio’s voters rejected a legalization initiative that faced widespread opposition because its regulatory structure created a conflict of interest. Though advocates want to try again this year, no proposals have been filed as of now.

Many of the state’s voters have approved local decriminalization measures, which indicates a high level of public support for reform initiatives that make it onto this year’s ballot. Because it’s such a large state, any qualifying initiative would need the cannabis industry’s support.

During last year’s midterm primary, Oklahoma’s voters approved a medicinal cannabis measure. Since then, people have been drawn to the program, with almost five percent of Oklahoma residents being registered. With that potential for growth, advocates are following up with broader legalization initiatives. With Oklahoma seed banks becoming more prevalent, we are sure to see increased varieties of strains hit the market over the coming years.

The New Approach PAC’s measure will need 178,000 signatures to make it onto the ballot. Under this measure, those 21 and older would be permitted to grow and possess cannabis and to buy it from licensed dispensaries. Tax revenue from legal marijuana sales would fund treatment programs, schools, and other public services. This proposal would also pave the way for the expungement of past cannabis possession and distribution convictions.

The state’s lawmakers have filed cannabis legalization bills during their past several sessions, but none have come to a vote. Last year, Governor Gina Raimondo included legalization terminology in a budget proposal, but it was edited out by legislators. The governor wants to try again this election season, but if that doesn’t work, lawmakers may put the question to the voters through a referendum.

The Secretary of State’s office recently reported that South Dakota advocates gathered enough signatures to get a medical cannabis measure on the 2020 ballot. If approved, a patient suffering from a listed medical condition would be permitted to purchase and possess three ounces of flower, anything from white widow to purple kush. They would also be able to grow three or more plants if authorized to do so by a doctor.

A separate initiative is gathering signatures to support a proposed legalization amendment. This proposed measure would allow anyone 21 and over to possess or distribute one ounce of cannabis and to grow up to three plants. The state’s Department of Revenue would provide licenses for retailers, testing facilities, and manufacturers.

Though 2019 was a great year for cannabis, 2020 is set to be even better. Aside from the states where policy reform questions will appear on ballots, legislators in many other states are expected to address legalization bills.

In the meantime, advocates are pushing cannabis reform in Congress, where a banking bill was recently approved by the House of Representatives. Furthermore, legislation on federal legalization progressed into committee discussions. With presidential candidates embracing legalization and several other reforms, 2020 is set to be a big year in the cannabis industry. What a great time to obtain unbeatable strains like tropicana cookie or 3 kings og for your home garden or indoor grow room.

This election season, hundreds of thousands of voters will head to the polls not just to choose the country’s next President, but to exercise their rights as cannabis consumers. Marijuana initiatives increase turnout across demographic lines, and with increased public support, the liberties and freedoms of cannabis users will only become broader. 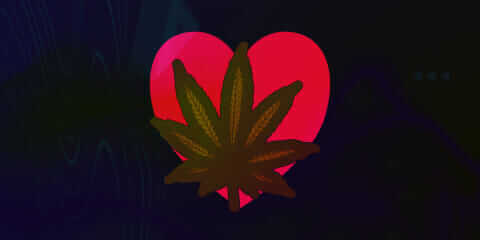 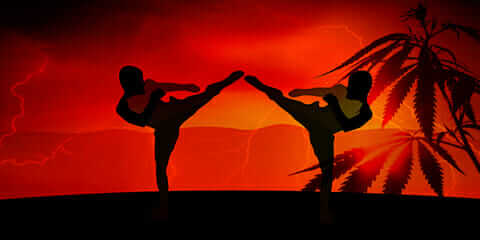 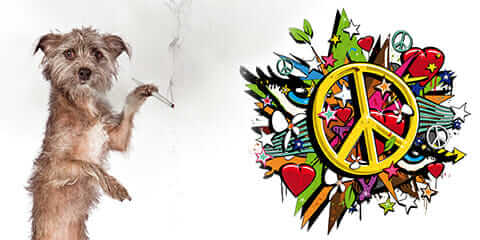 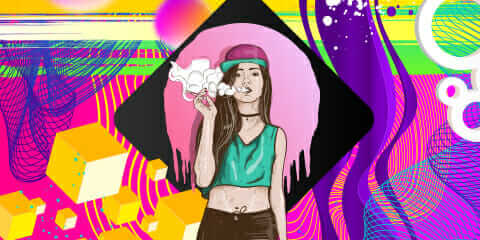 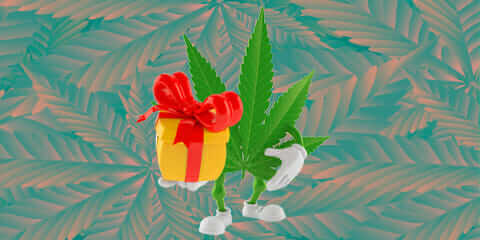