How marijuana benefits the bees

Cannabis Could Help Save Bees From Extinction

Bee populations in many places have been declining drastically for decades. No one is entirely sure why, but an emerging consensus implicates a number of distinct factors.

Beekeepers throughout history have witnessed significant die-offs, but none as dramatic as the current wave of colony collapse disorder (CCD). If bee colonies are failing under the simultaneous impact of several individually sustainable forms of stress, anything that makes them more resilient could help turn things around.

An academic study published in the journal Environmental Entomology in February made waves with an intriguing suggestion. The researchers uncovered evidence that accelerating American cultivation of industrial hemp might be providing much-needed support for beleaguered bees.

With some experts suggesting that bees could go extinct if the status quo continues, any sign of hope is welcome. The relationship between bees and cannabis plants is complicated, but there are reasons to believe hemp and marijuana cultivation could make a difference. In fact, there are even ways individual cultivators can make their own outdoor cannabis seed crops more welcoming and supportive of bees.

In 2014, the United States Department of Agriculture (USDA) joined forces with the Environmental Protection Agency (EPA) to find solutions to a pressing problem: North American bee populations had declined by nearly a quarter the winter before, in a sharp worsening of a long-term trend.

Honeybees contribute an estimated $15 billion to the American economy each year simply by pollinating crops. European countries have been grappling with declining bee populations for even longer than Canada, the United States, and Mexico.

While the phenomenon now known as colony collapse disorder has been recognized for many years, little progress has been made toward pinning down its causes. The most frequently endorsed explanations today tend to blame some combination of factors like:

In addition to possible causes like these, researchers have proposed others like fungicides, upticks in migratory beekeeping activity, and the cultivation of genetically modified crops. It seems increasingly likely that the blame for CCD cannot be assigned to any single cause.

That also likely means that no one response will reverse the fortunes of bees in places where they are suffering. Any measure that might make bees more robust and resilient in general offers some hope of contributing to a comprehensive solution.

The Search for Solutions to CCD

Experts have proposed many steps that could be taken to help bee colonies remain viable. In January of this year, for instance, the EPA released new guidelines covering the labeling, management, and availability of neonicotinoid pesticides.

An earlier joint report produced in cooperation with the USDA had the same agency recommending improvements to bee nutrition, pest control, and genetic diversity. These groups have also agreed with many others worldwide in promoting the spread of “bee-friendly” plants throughout their ranges.

The most obvious candidates for such applications would be plant species that need bees and other insects to pollinate them. The University of Florida estimates that about three-quarters of all flowering plants native to the United States rely on insects to facilitate reproduction.

The vast majority of these plants have evolved features like colorful flowers and nectar-generating cells that make them attractive to bees and other potential pollinators. As wind-pollinating plants, members of the Cannabis genus have no such assets of their own.

As a result, the role that cannabis can play in making ecosystems more supportive of bees was not investigated much in the past. More recently, the contemporary plight of bees has combined with increasing cultivation of cannabis and hemp to focus a lot more attention on the question.

Bees flock to bright, welcoming flowers to collect sugary, energy-rich nectar that they pass along to others in the same colony. As nectar moves from one worker to another, it becomes more and more concentrated.

With almost all of its water removed, nectar reaches a stage where it is ready to be stored within a hive as honey. Consisting almost entirely of sugars, honey is a dense, stable fuel that can keep an entire colony running.

Cannabis plants come in male and female varieties, making them “dioecious,” in the lingo of botanists. They rely on the wind to move pollen from the stamens and anthers of male plants to the stigma of females.

As a result, cannabis plants have not evolved to attract bees with colorful flowers or to provide the nectar pollinating insects need to survive. While collecting nectar is the top priority for worker bees, that important resource is not always available.

In fact, so-called “dearth” periods are so common that bees have evolved their own means of dealing with them. Storing up enough honey to last an entire colony through the winter, for example, is an especially fundamental strategy for addressing one unavoidable type of floral dearth.

Even during warmer parts of the year, nectar-heavy flowers are not always present. Worker bees load up on nectar each spring, then face a prolonged period through which few plants will flower at all.

As the authors of the Environmental Entomology study referenced earlier pointed out, cannabis plants have a “temporally unique flowering phenology”. That means they flower at times other plants do not, at least when left to their own, natural devices.

The researchers who produced “The Bee Community of Cannabis sativa and Corresponding Effects of Landscape Composition” found large numbers of bees visiting hemp plants being grown in New York. They discovered that two factors primarily impacted the number of bees and species congregating around plants at particular high cbd hemp seed farms:

With no nectar waiting to be collected, worker bees flew happily to hemp plants that never produce any at all. Instead, they were picking up pollen, a substance that cannabis plants produce in healthy quantities “during a period of floral dearth in agricultural landscapes.”

Unlike nectar, pollen is not full of sugars that can be easily converted into biological energy. It is, however, rich with proteins and vitamins that bees also need, particularly when they are still developing.

Most notably, bees pack plenty of protein into royal jelly, the substance that nourishes larvae and each colony’s queen. Royal jelly contains even more protein than sugar, along with the complete range of the vitamins and minerals bees need to thrive.

Other Intriguing Possibilities Still Need to be Explored

It therefore makes perfect sense that bees would visit your three kings strain or trainwreck cannabis plants at certain times of the year. If not for collecting pollen, much of the average summer would be nearly as barren as winter with regard to opportunities for workers dedicated to supporting the colony.

While pollen-producing male cannabis plants have much of obvious value to offer, bees are often seen hanging around female ones, as well. Research into why they might be doing so has so far been virtually nonexistent. One beekeeper’s outreach suggested some possible reasons, like:

While any or all of these factors could conceivably account for the attraction of bees to female cannabis plants, none has been investigated to any extent. One thing for certain is that bees are not drawn to female cannabis plants for “recreational” purposes. Like all other insects, they lack the cannabinoid receptors needed to derive a high from cannabis and the THC it contains. In fact, that is the only type of neurotransmitter receptor present in mammals that has not been found in insects like bees.

Cannabis Cultivators Can Join the Fight to Save Bees

Bees almost certainly make good use of the pollen male cannabis plants produce at times of general floral scarcity. They might benefit from resources that can be obtained from female plants, as well.

People who grow marijuana or hemp outdoors can help protect bees by making some simple adjustments to their cultivation strategies. The tall types of plants that are typically favored for outdoor growing seem to be more attractive to bees than shorter ones.

Plots of land that include plenty of topographic variation and other features also seem to make for especially bee-friendly cannabis farms. Whenever possible, making sure that pollen-producing male plants will be allowed to mature should benefit bees in the area.

Choosing strains that are likely to flower at times of local floral dearth could be helpful, as well. Although it remains to be established whether pesticides actually harm bees, keeping their use to a minimum could not hurt.

Growing cannabis will not save bees from extinction, if that is where they are currently headed. It seems increasingly likely that no single step will do so, though, as recommendations issued by groups like the EPA and USDA make clear.

Cannabis plants might not need bees to survive, but many who choose to cultivate them recognize and appreciate the important roles that these small, social insects play in so many ecosystems. Increasing cultivation of both regular cannabis seeds and hemp seeds could help save bees, particularly if those who engage in it make an extra effort. 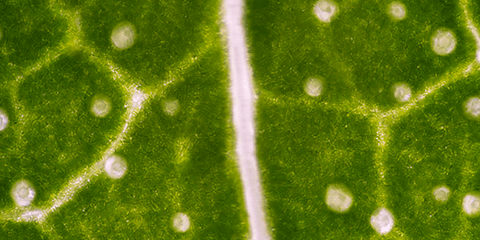 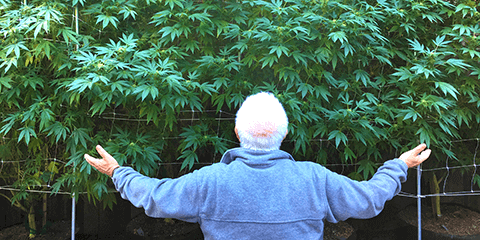 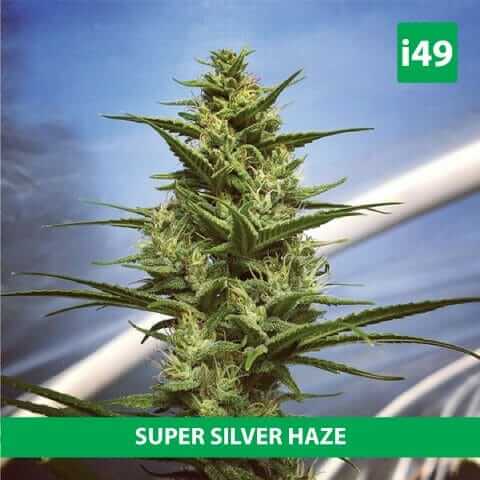 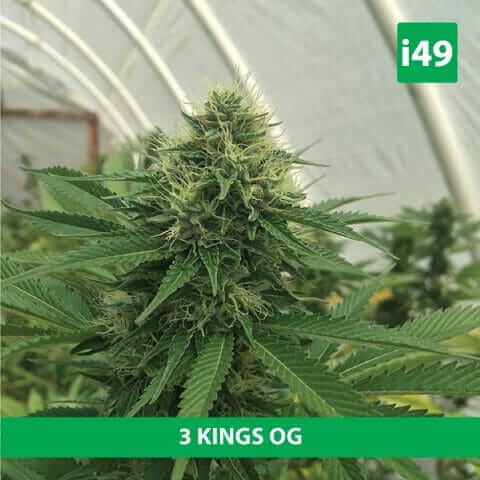 Weed Seeds for Your Outdoor Garden

April 14, 2021 | Cannabis World
How To Take CBD Oil By now, we're sure you've heard all about the benefits of CBD (cannabidiol), which is probably why you're here. Many use...
Read more

April 1, 2021 | Cannabis World
From Buds to Trichomes: The Anatomy of a Marijuana Plant Marijuana plant anatomy can focus too much on flowers. While it is easy to be enamo...
Read more