How Safe Is Marijuana

How Safe Is Marijuana?

For most of the 20th century, Americans were told that marijuana was a dangerous drug. It was compared to harmful, addictive, and potentially fatal substances like heroin, and opponents made wild claims throughout the decades that it induced psychotic states and even drove people to commit acts of violence.

Today, marijuana is still classified as a Schedule 1 drug despite the fact that it has recently received an unprecedented amount of attention from the medical and scientific communities as a benign and helpful therapeutic agent. Sadly, many Americans still assume that it poses a danger to both consumers and their communities. So, is there any truth to the many myths and legends surrounding the dangers of marijuana? The short answer is: no. Marijuana is a remarkably safe drug.

Because it has been so thoroughly demonized in the political arena and the media, misconceptions about marijuana and its safety persist to this day. This article will set the record straight by offering an in-depth analysis of the supposed “dangers” of marijuana and how they compare to the facts.

Just about every psychoactive pharmaceutical drug on the market has caused at least a few overdoses. According to the CDC, prescription opioids commonly used for pain management killed 17,029 people from 1999 to 2017. Antidepressants caused 5,269 fatal overdoses. Even Tylenol kills 150 Americans per year.

So, how does marijuana compare? To date, the number of deaths caused by marijuana overdose is zero. There has never been a single recorded fatal overdose of marijuana.

This should come as no surprise to anyone who understands the plant’s biological actions on the brain. While most prescription and illicit drugs provide broad-action effects, the effects of marijuana are localized exclusively to the body’s endocannabinoid system.

The endocannabinoid system has receptors throughout the body. They are heavily concentrated in several areas of the brain. However, they are noticeably absent from one particular area: the brainstem.

The brainstem controls the autonomic nervous system, which regulates natural processes such as breathing and heart rate. Even an impossibly strong dose of marijuana would thus not be able to cause respiratory or cardiovascular failure, the two most common symptoms responsible for fatal overdoses.

All drugs, and indeed, all substances, can kill people when ingested in large enough quantities. The quantity of a particular substance that would need to be consumed to cause a fatal overdose is measured by the toxicology community as a function of the dose per kilogram of body weight that causes death in 50% of animal test subjects. The LD50 of alcohol is around 7060 mg/kg. For caffeine, it’s around 140 mg/kg. Aspirin’s LD50 is 200 mg/kg.

For THC alone, not actual marijuana flowers or concentrate, the LD50 in rats is around 1,260 mg/kg. Given that even the most potent buds feature THC concentrations of less than 30%, extrapolating this data to apply to humans would mean a healthy 150 lb man would have a 50/50 chance of overdosing if he smoked around 1,500 pounds of marijuana in 15 minutes.

Needless to say, the LD50 for human marijuana consumers is presumptive. It is physically impossible to consume enough cannabis, even when one takes concentrates like hash, oil, and wax into account, to cause a fatal overdose from pot alone.

The fact that it is impossible to overdose on marijuana doesn’t mean it’s completely safe. The smoke from marijuana contains some of the same toxins found in tobacco smoke, for one thing, and inhaling any kind of smoke can increase consumers’ risk of developing respiratory problems like chronic coughs and bronchitis.

Smoking marijuana can also increase the risk of heart attacks and strokes in some patients already prone to these diseases, although there is no evidence that ingesting marijuana edibles has the same effect. The obvious solution to both these problems is for consumers with preexisting lung or heart conditions who want to use marijuana to employ alternative methods of ingestion like eating edibles.

Thankfully, commercial marijuana is harvested exclusively from unpollinated female plants. If there’s pollen in the crop, there’s already a problem.

Many of the adverse reactions initially attributed to cannabis consumption are actually adverse reactions to other substances such as mold, chemical pesticides, or contaminants. This is especially true in cases where consumers use butane extracted wax, or shatter. It’s important to source marijuana and marijuana products from reliable suppliers who follow industry best practices and prioritize consumer health.

There’s no denying that marijuana affects the brain. That’s the whole reason recreational users consume marijuana. They want to get high. Some medical marijuana patients also use marijuana to alter their brain function intentionally to treat symptoms of depression, anxiety, and even psychosis. That doesn’t mean that all the mental health impacts of marijuana are positive, though.

Marijuana primarily affects the areas of the brain responsible for memory, attention, coordination, learning, and decision making. Some users report lapses in short-term memory or attention while using marijuana. Others report lapses in judgment or, when consuming too much marijuana, exacerbation of anxiety symptoms. These mental health impacts are not consistent and are typically associated with ingesting excessive amounts of THC.

What About Marijuana Psychosis?

It used to be the case that a plurality of Americans believed marijuana use caused psychotic breaks. These fears, originally fueled by Henry Anslinger as a means of justifying the Marijuana Tax Act of 1937 and reinforced by propaganda films like Reefer Madness, created enough of a perceived threat to gain support for almost a century of full marijuana prohibition.

Today, few serious researchers continue to hold the view that marijuana causes psychosis. While there is still ongoing debate surrounding this contentious issue, most acknowledge that psychosis and other mental illnesses are complex phenomena with multiple contributing factors ranging from genetics to environment. Cannabis consumption may play a role in triggering the onset of psychosis, including schizophrenia, in those who are already biologically and environmentally predisposed to the development of psychotic disorders, but few believe it is likely to cause them.

Does it Cause Criminal Behavior?

The other predominant myth surrounding marijuana use introduced in Reefer Madness and perpetuated by decades of conservative politicians is that marijuana use predisposes people to violence. Throughout the 20th century, there was no way to debunk this theory, since marijuana use and research was effectively banned when the federal government classified it as a controlled substance. Thankfully, recent research into the connection between marijuana and crime has finally set the record straight.

According to one comprehensive literature review published in May 2019 titled “Debunking Marijuana Myths,” rates of crime in states that have legalized marijuana have not experienced any statistically significant increase. In fact, multiple studies have shown that medical marijuana can be a great boon to victims of violent crimes suffering from PTSD.

Side Effects of Marijuana

This article has already established that marijuana does not induce violent behavior, nor does it come with a risk of overdose. It can cause health problems in some individuals, but the majority of these problems can be avoided by ingesting marijuana-infused edibles or other products instead of smoking cannabis. As almost anyone who has accidentally smoked a little too much pot can attest, though, excessive marijuana consumption can still lead to some unpleasant side effects. They can include:

To be clear, marijuana is not physically addictive. Even daily smokers will not experience health- or life-threatening withdrawal symptoms when they stop using marijuana. However, for some, it can be psychologically addictive. As many as one in ten people who use marijuana regularly may develop what’s known in medical circles as a “cannabis use disorder.”

The DSM-V, the official diagnostic manual of the American Psychiatric Association (AMA), lists 11 indicators for cannabis use disorder. They include things like experiencing strong cravings, continuing to use marijuana despite severe disruptions to social relationships or responsibilities, spending too much time obtaining or using marijuana, and developing a tolerance to it.

The problem is, almost anyone who smokes marijuana will probably have experienced at least one or two of the DSM-V indicators at some point in his or her life. That doesn’t mean everyone who smokes marijuana has a cannabis use disorder. Plenty of people develop a tolerance to THC after prolonged use, for example, but that’s not any reason for concern.

People with genuine cannabis use disorders are few and far between, so while it’s important for frequent smokers to be on the lookout for signs of addiction in themselves and their loved ones, there’s no need for overreaction. Those who believe they or someone they love may be addicted to marijuana can, and should, get help in the form of drug rehabilitation or psychiatric treatment.

The Risks of Marijuana Use in Adolescents

While marijuana is often used to treat mental health disorders in adults and most of the myths surrounding its ability to cause psychosis and other serious symptoms have been debunked, it is important to note that in the absence of serious, debilitating or life-threatening diseases or disorders, the assumption that adolescents should abstain from marijuana use has held true. The problem is, teens’ and young adults’ brains are still developing, so marijuana can affect them differently and can have lasting consequences.

The potential negative impacts of consuming marijuana at a young age include changes in the structure of the brain and lower quality of neural connections. These negative impacts can have long-term results, as extensive marijuana use in adolescence has been linked to lower IQ, poor attention, poor school performance, and an increased risk of developing one or more addictions as an adult. Adolescent marijuana smokers may also find that they experience more anxiety and depression symptoms, especially if they are genetically predisposed to these mental health problems.

The risks of prescribing medical marijuana to children and adolescents almost always outweigh the benefits. In some extreme cases, such as medication-resistant seizure disorders or terminal pediatric cancers, physicians may recommend medical marijuana, but these cases are few and far between. The vast majority of adolescents, even those suffering from physical or mental health problems known to respond well to medical marijuana, should wait until they are at least 21 to use any product containing THC.

While cannabis is widely regarded as one of the least dangerous drugs available to today’s medical patients and recreational consumers, it would be irresponsible to ignore the potential risks described above. Smoking marijuana won’t kill anyone and is extremely unlikely to cause any kind of severe health complications, but it can cause allergic reactions and it’s not good for developing brains.

That being said, adults who want to give smoking marijuana a shot have little to lose and much to gain, so don’t fall prey to the negative hype. Marijuana use really is generally quite safe. 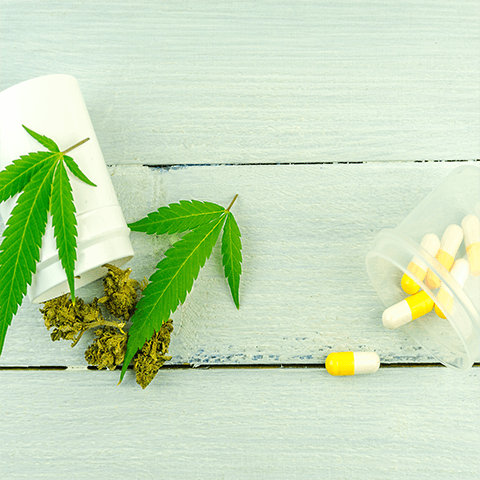 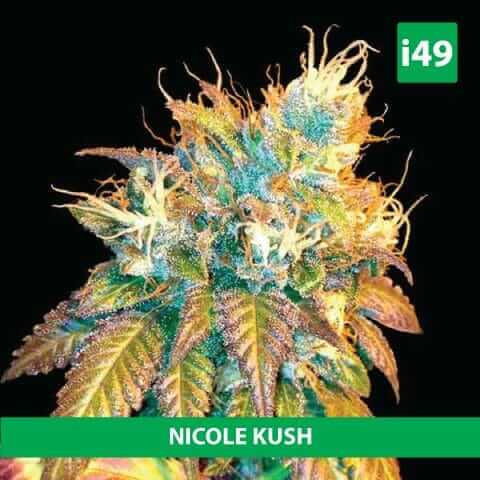 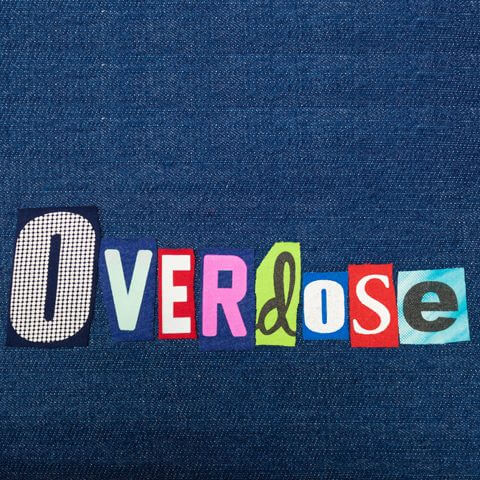 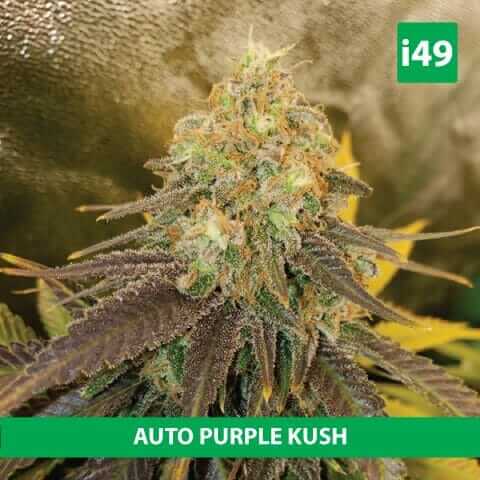 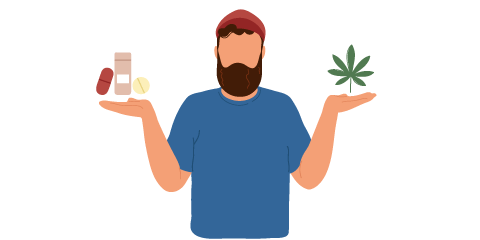 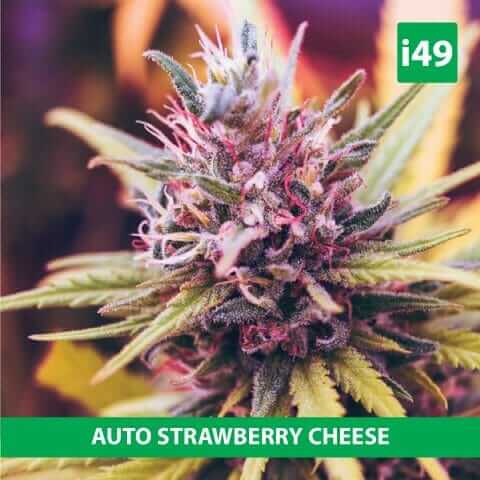 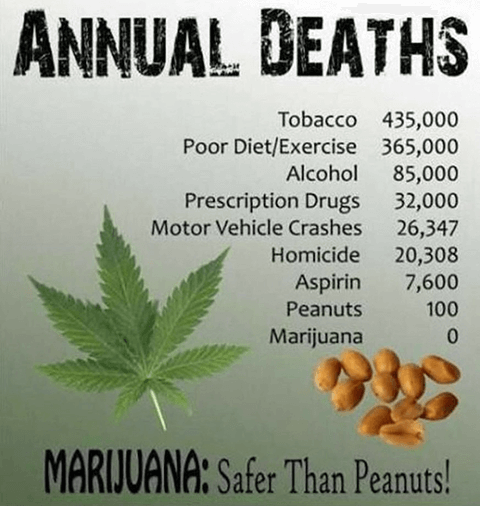 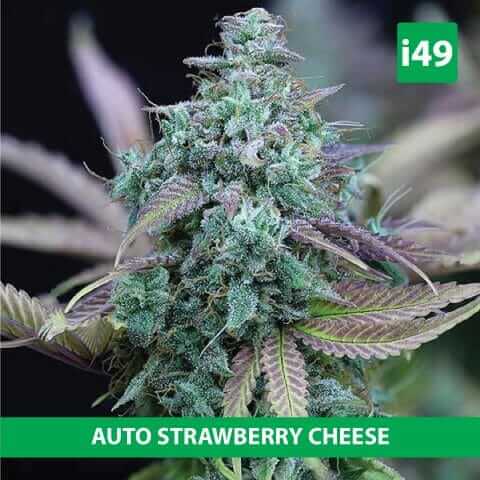 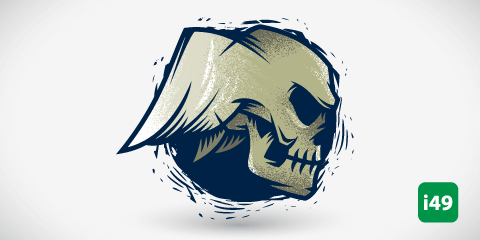 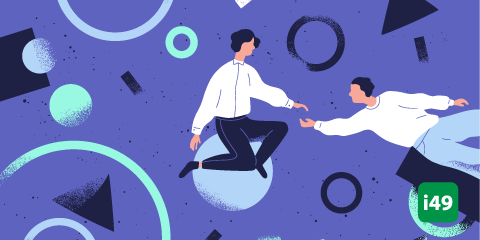 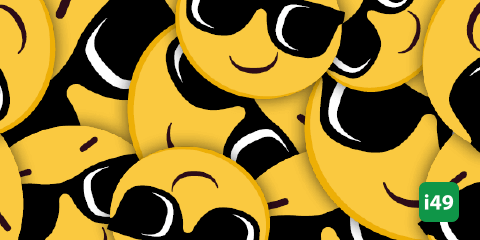 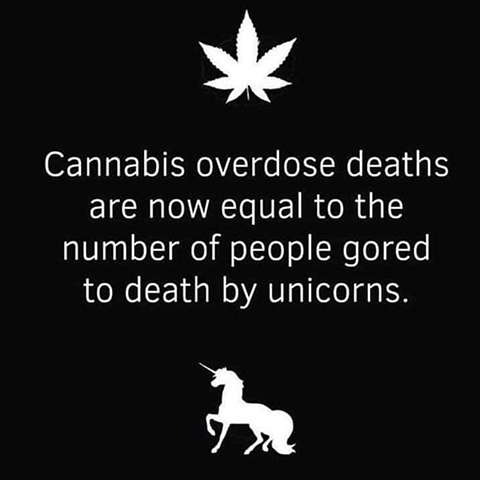 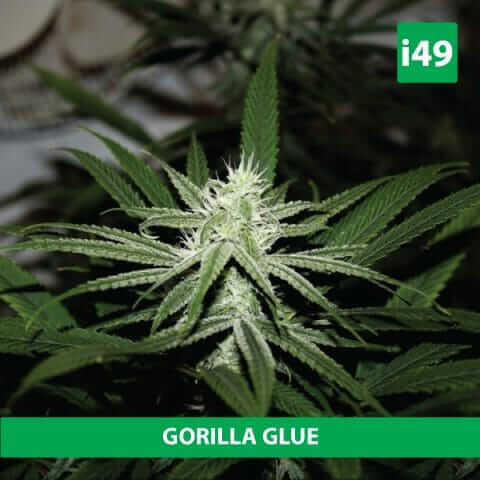 Grow Marijuana That Is Safe For Anyone

How to Make an Awesome Weed Pizza

February 2, 2021 | Cannabis Consumption
How to Make an Awesome Cannabis Pizza People are becoming increasingly aware of the versatility of cannabis. Whether you’re looking for a ha...
Read more