What is a Marijuana Plant

Marijuana Plants: What Are They?

Marijuana, otherwise known as cannabis, grows in various climates worldwide. It has a variety of uses beyond the recreational and medicinal, including rope, paper, and biofuel. Belonging to the Cannabaceae family and related to hops, it’s further classified as Cannabis indica or Cannabis sativa. Each of a plant’s parts serves an important purpose, and knowing those purposes will increase your appreciation of the species. Below, you’ll learn about the functions of each of a cannabis plant’s parts.

The visible part of a marijuana plant only tells part of the story. Under the surface, the plant’s roots reach far beyond the stem, sometimes becoming equal in size to the rest of the plant. A good root system is what allows a plant to survive dry times and pull more nutrients from the soil. A domesticated, cultivated cannabis plant can easily survive with a smaller, denser root system. Cannabis plants often thrive in hydroponics systems and pots, as long as cultivators provide them with the right amount of nourishment, light, and water.

The plant’s roots absorb nutrients and water, protect the plant while it’s in the soil, and stockpile nutrients. Healthy root tips are white and hairy-looking; if the root tips are brown, the plant may not be healthy. If this happens, re-check the soil’s pH level or check for signs of root rot.

Plants absorb nutrients and water through the process of evaporation called transpiration whereby water evaporates through the leaves’ stomata while pressurized water from the roots causes upward movement into the stems. The combination of evaporation and pressure creates suction that promotes the flow of water and nourishment throughout the plant.

The female marijuana plant’s flowers are identifiable by their small teardrop-shaped structures, which are composed of pistils and bracts. Flowers are typically covered with a frosty-looking trichome coating, with a greater trichome density making flowers more desirable.

The main segment of the flower at the end of a female marijuana plant’s stem is composed of multiple floral clusters. The heavier, bigger, and more trichome-covered a plant’s cola is, the better the quality of the buds. However, some varieties naturally yield more airy flowers.

These are the smallish leaves surrounding the female plant’s reproductive parts. When female plants are exposed to a male plant’s pollen, the bracts cover and protect the seed pod.

Cannabis trichomes are hairy appendages on the plant’s surface. Trichomes serve an important purpose: they protect plants from external stresses and contain glands that create terpenes, cannabinoids, and flavonoids, which give the plant its unique effects and features. Trichomes give the buds a crystalline shine and a sticky feeling.

There are three glandular trichome types: capitate-sessile, capitate-stalked, and bulbous. A non-glandular trichome is known as a cystolith. Bulbous trichomes are found throughout a plant, but they’re so small that they cannot be seen easily. Capitate-sessile trichomes are far more plentiful and are located on the undersides of fan leaves and sugar leaves. Capitate-stalked trichomes resemble mushrooms and are found near the top of a plant stalk. These are the easiest trichome variety to spot.

A node is the point where the leaf and the stem meet, and it can hold multiple offshoots or leaves. As explained later in this guide, nodes are an important part to learn about, as that’s where a plant begins to grow pistils (female) or pollen sacs (male). Gendering marijuana plants is crucial to the success of your crop, as only female plants grow flowers and non-pollinated flowers create a better product.

Leaves are another important part of a cannabis plant, and there are a couple of types to consider. The large leaves that grow along a plant’s length are known as fan leaves. They’re crucial to a plant’s photosynthesis, but they’re removed when it’s time to harvest the crop.

A little different than fan leaves, sugar leaves are found throughout the cola buds and are usually trimmed after flowers are harvested. They’re known as sugar leaves because of their high trichome volume, which gives the leaves a sugar-sprinkled look. The trimmings of sugar leaves are often used to make concentrates or edibles.

Serving as a plant’s supporting structure, the stems transport water and nutrients up from the roots to the rest of the plant. Stems provide a firm foundation for the fan leaves, helping them gain access to the light needed for growth and supporting the colas’ weight.

There’s a great deal of confusion about stigmas and pistils, with many using the terms interchangeably. A pistil is the main component of the female plant’s reproductive system, and it’s made of an ovule and two stigmas.

The stigmas are thin hairs that grow out of the bracts to trap a male plant’s pollen. Identifying stigmas is a vital part of the cultivation process, as these are an indication of a plant’s gender. Only the female plants produce the flowers you’re attempting to harvest.

If you’re in the mood to learn more about where your favorite products come from, knowing more about the plant itself is an excellent starting point. That not only includes familiarizing yourself with a plant’s parts; it also means learning about different strains of cannabis.

Though there are quite a few long-standing claims about the effects of hybrids, indicas, and sativas, emerging research indicates that marijuana’s effects are largely determined by the nature of a user’s endocannabinoid system and the plant’s cannabinoid profile. Cannabis strains are usually grouped into these four categories.

To get into even greater detail, there are many strains within the hybrid, sativa, and indica categories. Learning more about these strains is what will help you achieve a desirable experience when you consume cannabis. The team at i49.net can help you find a seed strain that will provide the effects you desire.

Determining the Gender of a Cannabis Plant

In most cases, you’ll be able to tell the difference between a male plant and a female plant when they’re about six weeks of age. To determine a cannabis plant’s gender, look at its nodes, where the branches and leaves connect to the stem.

There’s an important reason why growers should learn the differences between male and female cannabis plants: only the females produce flowers. Because a male plant produces pollen sacs, it won’t generate the buds people cultivate and enjoy.

When growing cannabis for your own enjoyment, male plants only have one function, and that’s propagating new plants from seeds. Unless you’re consciously choosing to pollinate plants for reproductive purposes, it’s crucial to keep male and female plants separate.

What are Hermaphroditic Plants?

A hermaphroditic cannabis plant is a rare occurrence in that it has female and male reproductive organs. Hermaphrodites develop when female plants are exposed to high-stress conditions during critical growth stages. A hermaphroditic plant’s flowers will be seedy, making them largely undesired for consumption. To prevent this, you’ll have to learn how to spot male and hermaphroditic plants early on and cull them before they pollinate nearby females.

Many cannabis strain breeders produce feminized seeds in an effort to eliminate male genes. These seeds only have female genetic material, and in most situations, they’ll produce female cannabis plants. Auto-flowering strains are another good option, as they’re purposefully engineered to flower automatically after a two- to four-week vegetative period.

Come and Grow With the Pros at i49

Whether you’re planning to cultivate cannabis for medicinal or recreational purposes, it’s important to know about the parts that make up these plants. Though we advise our buyers to check their state’s laws before cultivating any seeds, we’re here to help in places where cannabis cultivation is legal. With help from the experts at i49 USA, you’re more likely to find the right strain the first time around. 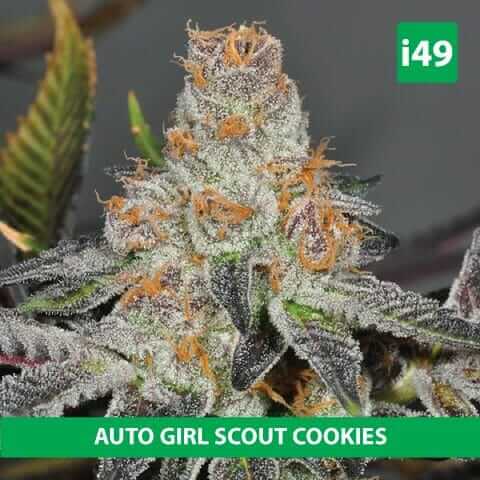 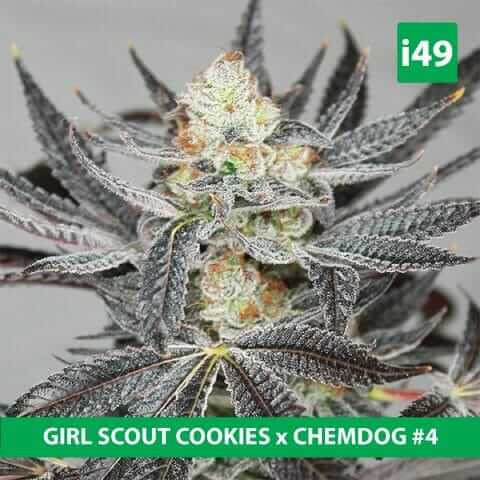 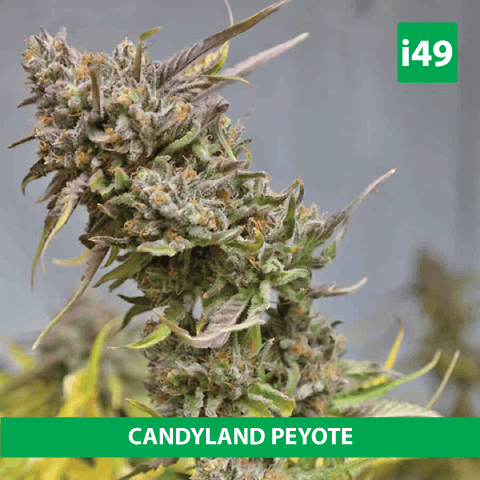 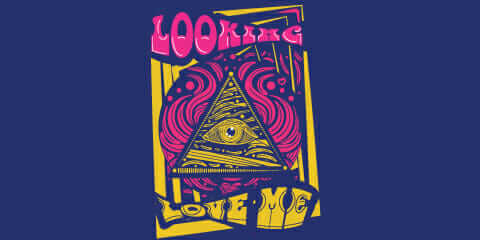 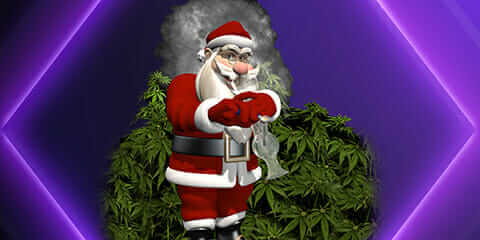 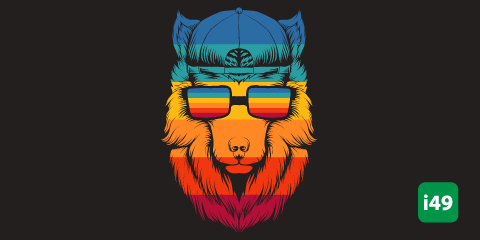