Recent reports indicate an estimated 160 million people are currently use marijuana. Of course, official reports most likely fall short of the actual figures. By decade’s end, analysts expect the medical cannabis market in the United States alone to reach $50 billion.

With Canada having legalized the herb nationwide and more states in America decriminalizing each year, a growing number of people are experiencing benefit from cannabis. Many people are happy to reap marijuana’s benefits without asking questions, but some curious souls want to understand the science behind it. For those in the latter category, we’re going to explain exactly what cannabis is.

On the most basic level, cannabis is a genus of plants in the Cannabaceae family of flowering foliage. Various strains grow wild on virtually every continent on the planet. They vary in potency, specific chemical composition, and other aspects, but they’re forms of marijuana, nonetheless.

Hundreds of strains have been selectively cross bred to favor genetic traits from one, two, or all three of cannabis’ major categories: Sativa, Indica, and Ruderalis. Those in the Sativa family often generate a stimulating effect, while Indica strains tend to provide relaxation, and Ruderalis strains offer ‘auto-flowering’ genetics. Breeders have developed numerous cross-bred strains, resulting in strains that combine the dominant traits (phenotypes) from the species’ genotype, resulting in ‘hybrid’ strains.

The uncultivated cannabis would’ve been happy to continue on indefinitely living a quiet plant life. Fortunately, though, Chinese Emperor Fu Hsi referenced marijuana as a medicine, and in ~1500 BC, the plant was written into a Chinese Pharmacopeia, an event that began the history of cannabis for medical purposes.

Ancient Chinese journals from as early as 2900 B.C. reference marijuana as a medicinal herb. Centuries later, Chinese emperor Shen Nung classified cannabis’ healing properties among those of ephedra and ginseng.

By 1213 B.C., Egyptians were using marijuana to treat a range of medical conditions, including glaucoma and various types of inflammation.

Records also point to the use of cannabis in the medical world throughout the Middle East, Ancient Greece, and other corners of the globe. It was mentioned as a cure for leprosy, an effective treatment for swelling and pain, and a remedy for fevers and insomnia to name a few medical uses.

Fast forward several hundred years and cannabis arrives in North America with the settlers at Jamestown. Authorities didn’t exactly force settlers to farm hemp, the more industrial form of cannabis, but they imposed taxes and penalties upon those who didn’t. During that same timeframe, British medical texts began to point to marijuana as a treatment for depression.

Well-known figures in American history, such as George Washington and Thomas Jefferson, grew hemp during the 1700s and 1800s. European leaders, including Queen Victoria and Napoleon, apparently supported the use of marijuana for pain relief, epilepsy, and numerous additional issues. By the late 1800s, it was widely accepted in the mainstream pharmaceutical realm.

Despite this long-running history of medicinal applications, experts and lawmakers grew leery of marijuana in certain instances. During the early 1900s, legislators in various countries began outlawing the herb.

This ushers us into the modern era where we’re making history as we speak. Not only is marijuana making its way back into the medical field, but it’s once again becoming more widely accepted for recreational use.

All this testifies to marijuana’s healing powers. Along the way, people discovered its possible hallucinogenic effects as well, which is another reason for its rise to popularity and subsequent fall from grace in the eyes of the legal world.

Why does cannabis have such strong effects, though? What makes marijuana such a diverse and robust remedy for everything from seizures and anorexia to arthritis and anxiety?

From the beginning, healers realized cannabis offered numerous medicinal benefits. In the early days, though, they didn’t have the scientific method, tools, and techniques we do today.

Marijuana is made up of hundreds of chemical compounds, more than 100 of which are known as plant-based cannabinoids (phytocannabinoids). CBD and THC are the most famous phytocannabinoids, and they’re the ones most growers, medical patients, and recreational users are looking for.

THC, or tetrahydrocannabinol, is a highly sought-after compound found in cannabis. It produces the popular highs and hallucinogenic effects that make marijuana so popular as a recreational drug. THC has a chemical composition of C₂₁H₃₀O₂.

This particular compound in cannabis can produce several psychoactive effects. It often alters people’s perspectives. It might impact memory, movement, reaction times, and sensations of pleasure. It can even make time seem to slow down for some people.

On top of those temporary psychoactive effects, THC offers a number of medicinal benefits. It greatly reduces inflammation, making it an effective treatment for a wide range of conditions, including IBD, arthritis, and asthma to name a few. THC can also help people struggling with insomnia as well as PTSD, ADHD, and other disorders.

One of the most popular applications for cannabis is pain relief. For quite some time, it has also been used to relieve nausea and loss of appetite for cancer patients. Recent studies show it may even be effective in shrinking tumors or reducing the number of cancer cells in some patients.

CBD, or cannabidiol, is the other widely known compound in cannabis. Although its chemical composition is identical to that of THC, CBD has a very different impact on marijuana users. It’s not psychoactive like its mind-altering counterpart. In fact, it can lessen or neutralize the effects of THC. Still, CBD offers many advantages.

On top of all that, CBD shows a great deal of promise when it comes to promoting recovery after strokes and traumatic brain injuries. It can clear up acne, psoriasis, and other skin conditions as well. Certain studies show it may even boost THC’s capacity to eliminate cancer cells.

While THC is the compound most marijuana users look for when they want to get high, many recreational users choose strains with high CBD levels as well. It can help reduce the potential anxiety THC often causes and typically offers a nice boost of energy and mental clarity when consumed in the right amounts or balanced well with accompanying THC levels.

How Does Cannabis Work?

It’s no secret the human body is made up of various systems, like the digestive, circulatory, and nervous systems. One of those intricate internal arrangements is the endocannabinoid system. Up until about 30 years ago, scientists and medical experts didn’t even know the endocannabinoid system existed. Now that it has been discovered, though, it explains a great deal about how and why marijuana works in our minds and bodies.

Delving into the Endocannabinoid System

Some of the neurobiological functions controlled by the endocannabinoid system relate to memory, mood, cardiovascular performance, skin health, pain, inflammation, appetite, digestion, and metabolism. The ECS is also in charge of stress regulation, cognitive capacity, and coordination to name a few. Marijuana affects all those elements as well, and there’s a good reason for this.

All that being said, some people’s endocannabinoid systems don’t produce quite enough of those natural, internal endocannabinoids to be fully effective. Other people’s bodies produce too many or too few of other vital hormones and substances for their inborn cannabinoids to provide proper regulation. Hence, cannabis users often feel full-body relief post-ingestion.

When something goes wrong with our endocannabinoid systems, we can experience a wide range of resulting issues in the body. Some of those are chronic pain, severe inflammation, anxiety, depression, skin irritation, loss of appetite, neurological problems, and digestive issues among other conditions.

As fate would have it, THC and CBD molecules happen to fit perfectly into our endocannabinoid receptors. This means they can effectively fill in the gaps left behind by our innate endocannabinoids when there aren’t enough of them to treat the issues causing us undue physical or emotional pain.

That’s why cannabis is so effective at treating so many medical conditions. It’s also the reason we experience euphoria, excess energy, relaxation, and various other effects after consuming marijuana even if we don’t suffer from serious conditions.

What Are My Options for Using Cannabis?

Smoking dried buds is the most popular way of reaping the benefits of reefer. Pipes and bongs are common methods for smoking, but they’re not the only options. You can make rudimentary pipes out of empty soda cans, fruits, and several other items. Using rolling papers or hollowed-out cigars is among the simplest ways of smoking marijuana. Plenty of other options for consumption are available as well.

Some people prefer edibles and tinctures over smoking cannabis because they find cannabis smoke harsh. Others insist alternative methods of consumption aren’t quite as fast, effective, and predictable as smoking. For most, it’s a matter of preference and the effects they hope to gain from the experience.

To Sum It All Up

Cannabis is, for all intents and purposes, a wildflower. That said, it offers quite a few advantages you won’t get from sniffing or eating any ordinary blossom growing by the wayside. Though marijuana is made of mostly water, it contains a number of compounds that generate a wide range of healing effects and produce interesting outcomes from a recreational perspective.

Centuries ago, healers from cultures across the globe discovered the far-reaching healing powers of marijuana. While it reigned supreme in the pharmaceutical world for quite some time, lawmakers eventually decided it was more of a negative influence than a positive one. Today, though, authorities are reexamining their stances on the matter.

When you dive beneath the surface of this widespread wildflower, you get a far more complex viewpoint of marijuana. It’s a highly varied, versatile, and effective alternative to many of the synthetic medications on the market these days. With the fairly recent discovery of the endocannabinoid system, it seems as though our bodies were designed to glean cannabis’ benefits. During the years to come, its potential advantages, applications, and consumption methods are bound to become even more diverse.

Get started with an at-home cannabis garden by purchasing seeds from a reputable online seed bank like i49.net. 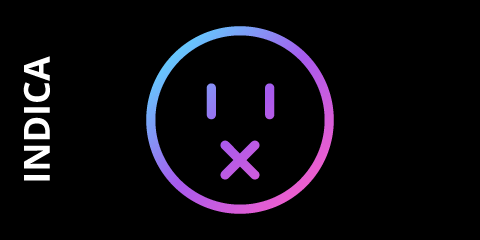 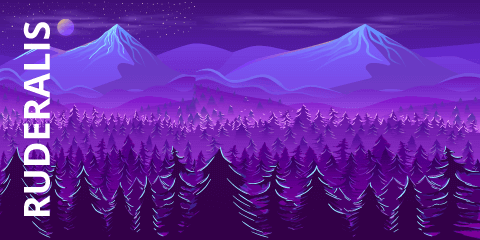 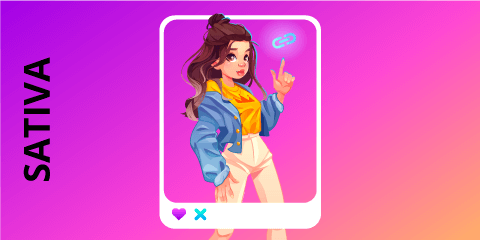 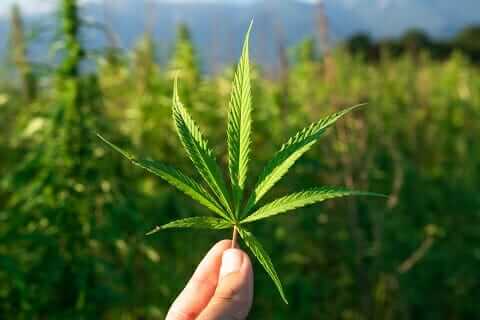 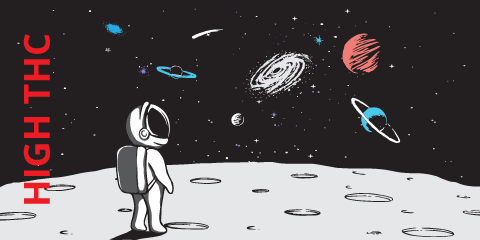