The legalization of both medical and recreational cannabis is a growing trend across the United States, and growers are responding by developing exciting new strains. Not only have growers broken new ground with cannabis strains that produce a variety of psychoactive effects, but they have also made some fantastic advancements in the plant’s reproductive genetics.

Autoflowering cannabis has taken the cannabis cultivation industry by storm, allowing growers with a small grow area to produce high-quality cannabis. These little plants are unlike anything seen before in the cannabis industry. They have a range of benefits that have growers from all over clambering to get their hands on some seeds.

What are Autoflowering Cannabis Plants?

Traditional cannabis plants are photoperiodic, meaning the number of light hours they receive in a day determines their advancement through the lifecycle stages. For the cannabis plant to stay in its vegetative stage, it should receive sixteen hours of light per day or more. For it to transition into the flowering stage, the number of light hours it receives needs to be reduced to twelve. This is achieved naturally in most parts of the world when the days shorten from summer leading into fall, but marijuana growers have had to develop strategies to “trick” their plants into flowering – until now.

In contrast, autoflower plants transition into the flowering stage after a certain amount of time, typically two weeks, regardless of the number of light hours they receive. This makes growing cannabis (indoors and outdoors) much more straightforward, giving new growers the chance to harvest high-quality marijuana. Autoflowering cannabis is usually ready to harvest eight to ten weeks from the time the seed is germinated, so growers see the fruits of their labor fast.

How are Autoflowering Cannabis Plants Made?

Autoflowering cannabis has been made possible through the crossbreeding of Indica or Sativa strains with a lesser-known strain called Cannabis Ruderalis. Cannabis Ruderalis is native to Russia. There, it adapted to thrive in the harsh temperatures and low light levels native to the region by switching from photoperiodism and learning to flower according to time passed instead. If cannabis seeds are not Autoflowering, they may be referred to as regular seeds or ‘short-day’ seeds.

Cannabis Ruderalis is smaller than the Indica and Sativa varieties, reaching a maximum of about 1.5-2 feet. Compare that to the mammoth size of some Sativa strains, which can reach over 15 feet tall, and it is easy to see why autoflowering cannabis plants grow much smaller than traditional ones. Additionally, Cannabis Ruderalis has minimal THC, so consuming it does not result in a psychoactive effect.

When Cannabis Ruderalis is crossed with Sativa or Indica plants, the results are a smaller plant that produces similar psychoactive effects to the ‘pure-bred’ parental strain. However, autoflowering cannabis plants have some drawbacks, including smaller harvests and a somewhat reduced potency compared to photoperiodic strains. Weed breeders now approach the third generation of Autoflowering seeds (first developed in the 80’s & 90’s) even those aspects are improving, as THC levels and yield weights are increasing with new strains.

Autoflowering plants, like any other plant, start with high-quality seeds. Growers can purchase their seeds from a reputable online seed bank to ensure they are getting the exact strain they want, the best quality available, and most importantly a seed that is guaranteed to produce a female plant. Female cannabis plants produce the best THC-laden buds for which the plants are highly sought after. Males, on the other hand, produce much smaller and weaker buds that contain a plethora of seeds (which are terrible for smoking purposes).

Seedless Plants Vs. Plants with Seeds

Once the female plant is pollinated, it will produce seeds inside of its buds. One pollinated female plant can produce hundreds of cannabis seeds with little effort. Under the ideal conditions, the number of seeds can be increased tenfold.

There is around a 50% chance that any of the seeds produced will be female, and the only way to tell if the seed will produce a female plant is to grow it. This can be problematic for those growing autoflower plants because of how quickly the plants start to flower. There is a significant chance that the grower will not be able to identify the male plants before they produce pollen, meaning the grower will accidentally pollinate all of their female plants.

Cannabis plants that produce seeds are less potent than those that do not, as the plant focuses its energy on seed production rather than THC and CBD production. Seedless cannabis plants are ones that have not been pollinated, and so they never develop seeds. Seedless female plants will produce the most potent marijuana.

Autoflowering cannabis plants have won over the hearts of millions of growers since the first commercially available strain called Lowryder was introduced by The Joint Doctor in the early 2000s. The first autoflowering strains were met with skepticism, but the possibility of an autoflowering cannabis plant kept the growing community buzzing. Eventually, more stable and potent strains were developed, the benefits of which have become invaluable to growers everywhere with a small grow room, or a shorter grow season. These benefits include:

One of the most sought-after traits of the Cannabis Ruderalis plant is the amount of time it takes to reach harvest. When mixed with and Sativa strains, which can take up to 6 months to reach the harvest stage, the result is a plant that can be harvested between eight and ten weeks after the seed germinates.

Autoflowering plants grow incredibly fast and can automatically transition into the flowering stage by the second week. These traits make them highly desirable to growers who have minimal space or who need to be stealthy, as they allow growers to spend a fraction of the time tending to their plants.

Many growers who have an expansive space for cultivating cannabis choose strains like Blue Dream or Moby Dick, which can grow to be over fifteen feet tall. These plants require an immense amount of water, pruning, nutrients, and attention through each stage of growth, but the result is a massive, highly potent cannabis plant. While this is an ideal plant for many growers, it is not always a workable option for those with a small space.

Many factors determine the final height of an autoflowering cannabis plant, including pot size, amount of light, nutrients, and more. However, no matter the conditions, autoflower plants will never be as massive as their photoperiodic counterparts.

There are many benefits to a short growing season, especially for growers who need to lie low harvest their cannabis as soon as possible. However, one of the most talked-about benefits of autoflowering cannabis is that growers can have multiple harvests per season, even if they are growing outdoors.

Multiple harvests mean maximizing the amount of total weight a grower can get each year, which may even rival the amount of flower they can get from a single crop of huge sativa plants, which takes much more time to nurture. Those who grow their plants indoors can grow new plants back to back, allowing them to yield as much as 50 grams of dried cannabis per plant every fifty to seventy days.

Those growing photoperiodic cannabis strains need to be vigilant about their lighting, or the results can be disastrous. Traditional marijuana plants require twelve light hours per day to begin their flowering stage. Growers need to be careful to time this accurately, as providing any more than that will keep the plant in a vegetative stage.

Allowing light to leak into the growing area when the plant should be in the dark can confuse the plant and cause it to become a hermaphrodite. Hermaphrodite plants grow male flowers, which can produce pollen that ruins a grower’s entire cannabis crop.

Autoflowering cannabis plants do not require growers to monitor closely the number of light hours they receive. Growers can leave their lights on up to twenty-four hours per day, though it is recommended to allow them to receive some amount of darkness (at least four to six hours) to prevent light bleaching or overstretching. An autoflowering cannabis plant that receives around sixteen hours a day can continue to grow larger while in the flowering stage, which maximizes the plant’s yield.

Not Affected by Temperature Changes

Cannabis Ruderalis is a hardy plant that has been thriving in the brisk, unstable temperatures of Eastern Europe and Russia for centuries. It lends its resilience to the autoflowering strains that contain its robust genetics, allowing these plants to withstand temperatures that would shock the average photoperiodic cannabis plant. The resilience of these autoflowering cannabis strains makes them ideal for growing outdoors in areas that have short growing seasons with warm days and much colder nights.

Growers who are experienced with the average Indica or Sativa plant are often thrown off guard by the difference in growth strategies required for autoflower plants. While many things may be the same, such as the nutrients needed during each stage of growth, there is enough of a difference that attempting to grow an autoflower plant without the proper research could be disastrous. Below are some tips on how to successfully grow autoflower cannabis seeds.

Genetics will always be the most significant determinant in plant quality, regardless of the growing set up or even the grower’s experience. Growers should identify what they would like to get from their plants, including THC content and CBD content. Equally important to the grower’s desired effect are the plant’s growth characteristics. Some strains are easier to grow than others, handling errors in nutrients well while still producing high-quality bud quickly. Read as much information as you feel you need before making a confident decision.

Autoflowering cannabis plants do not require large pots, as they don’t grow to be very large. Growers should plant their seedlings in the same pot that they intend to grow the whole plant to avoid damaging the sensitive root system. Consider Air-pots which feature incredible breathability.

A vital factor to consider when growing autoflowering cannabis plants is the soil being used. Autoflower strains prefer light and airy soil that allows for easy root penetration and ample access to air.

The growing medium should have fewer nutrients than those that would be used for photoperiodic cannabis strains, as the nutrient ratio in a typical potting soil is not ideal for the late stages of cannabis plant growth. Since autoflowering plants are ready to harvest so quickly, the average potting soil will not have had time to release a lot of the nutrients that would harm the plant’s later growth stages.

Use a Root Stimulant

Autoflowering plants do not have a lot of time to develop an extensive and robust root system. Plants without a sound root system will not produce as many or as potent buds. It is recommended for growers to use a root stimulant to encourage an autoflowering cannabis plant to establish a healthy root system early on, which will maximize the plant’s overall yield.

Autoflowering cannabis plants are just as capable of producing seeds as the average photoperiodic cannabis plant, but they will not do so without help. Growers who want to breed their autoflower strains will need to grow both a male and female plant, allowing the male plant to pollinate the female plant. The result is a plant that can produce hundreds to thousands of seeds, depending on the growing conditions.

However, these cannabis seeds have only a 50% chance of being female. Growers who want to focus on getting quality cannabis flowers without the added stress of weeding out unwanted male plants should source their autoflowering cannabis seeds from a reputable online cannabis seed bank. 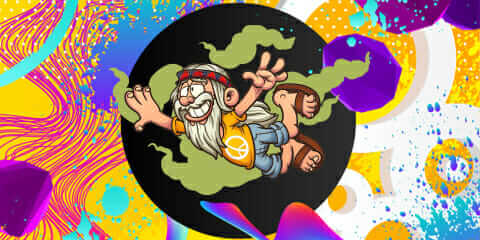 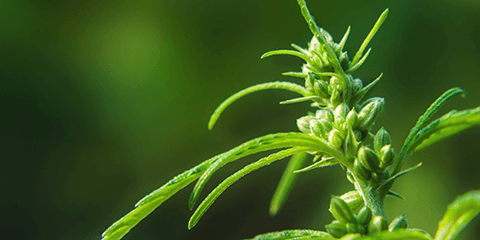 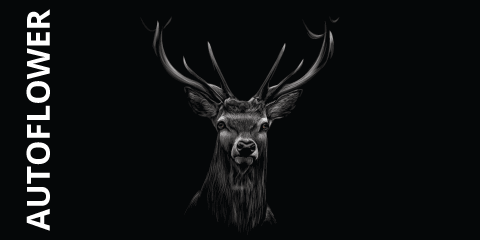 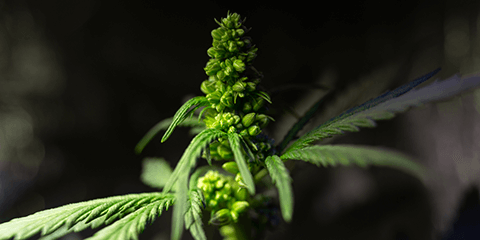 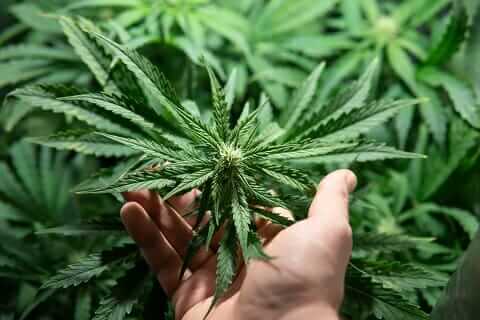 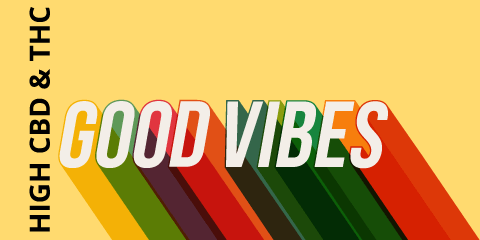 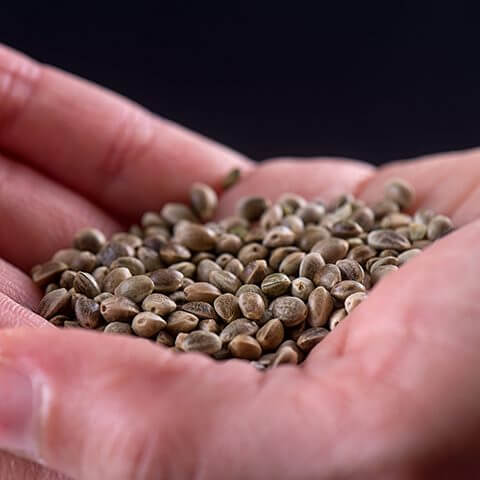 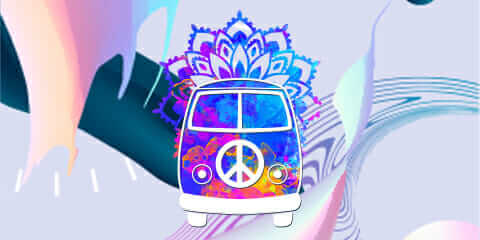 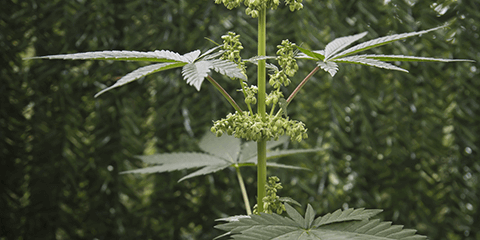 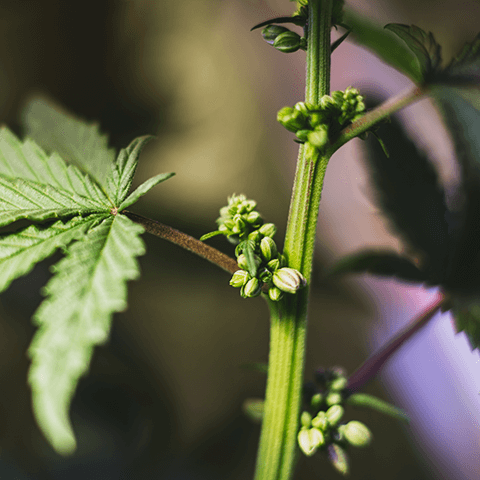 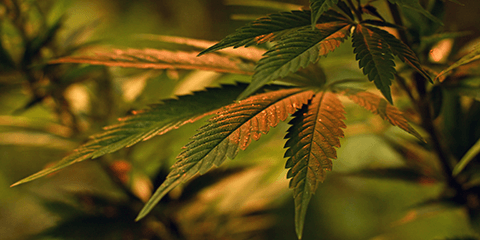 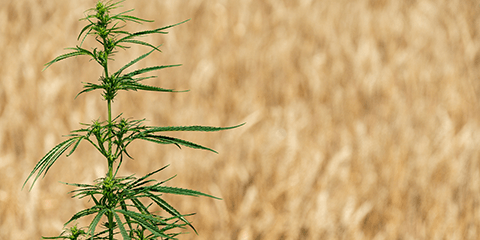 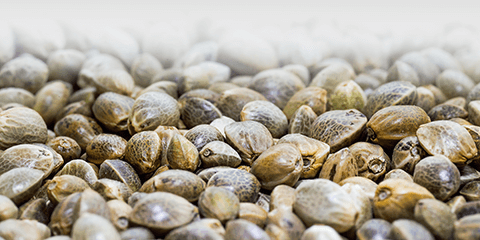 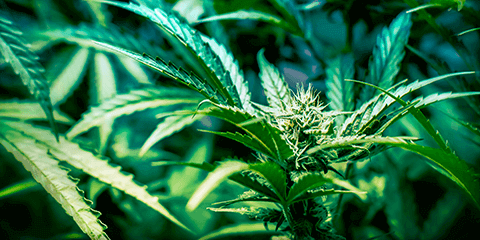 Best Autoflower seeds in the USA