Understanding the Differences Between Marijuana Buds and Extracts

Marijuana, as with numerous other drugs, comes in many forms. Each form offers unique methods of consumption and distinct benefits users must understand in order to get the desired results. However, this serves as only one reason why individuals need information about the different ways to get high using marijuana derivatives. Users likewise need to know how each form reacts in the brain and the effects the user may expect to see. As you will see, there are a few major differences between different types of weed products available on the market. So read on to help determine which approach may be right for you.

With regard to marijuana, buds and extracts serve as the two basic types of this substance that can be inhaled. The difference lies only in what degree of processing the material has undergone. There are many other methods of ingestion of course (Tinctures, Edibles, even suppositories), but fo r the sake of this discussion let’s look at the products that can be smoked or vaporized.

The cannabis bud, or flower, is the prized component of any plant from feminized marijuana seeds. While extracts can be taken from any part of the cannabis plant that contains THC (leaves, stems, trim), most high-quality producers will still use the best buds from each auto purple kush strain or banana kush plant to create their marijuana extracts.

The Different Forms of Marijuana

According to the National Institute on Drug Abuse (NIDA), marijuana comes from specific parts of the Cannabis sativa  or Cannabis indica plant. People know this plant species generally for the mind-altering effects it produces. The plant contains tetrahydrocannabinol (THC), a psychoactive compound responsible for producing a psychadelic effect that consumers feel shortly after even a single toke.

When this compound enters the brain it binds with receptors in the brain to provide the user with a euphoric response that individuals refer to as a high. Today, marijuana serves as the most frequently used illicit substance in America, although numerous states now allow for its use for recreational or medical purposes.

The National Institute on Drug Abuse explains users benefit from the plant in one of two ways. Some opt to dry and smoke the trimmed buds in a pipe, joint, or bong. Others, however, opt to create extracts from the marijuana plant, as extracts contain higher THC concentrations and much less of the green plant material. As a result, they tend to be more potent. Users then smoke the extract with the help of an e-cigarette or water pipe, and some incorporate the extract into edible dishes they are preparing. The method in which the person uses the plant determines the effects the marijuana has on the brain and body.

The Removal of Plant Material

When extracting THC from a plant, manufacturers remove the plant material along with other undesirable materials. This often includes residual solvents, contaminants, and pesticides. Individuals who smoke the flower inhale the plant material as well. This material leaves tar in the lungs while dirtying the glass used in smoking. Oils fail to leave behind this substance, and the materials used stay clean longer.

Buds and Their Effect

Once marijuana enters the bloodstream, it acts on receptors within the body’s endocannabinoid system. This system helps regulate communication between brain cells. When cannabis reaches this system, it overwhelms the natural chemical response, and numerous changes occur in regard to the person’s physical and behavioral responses.

Upon achieving the desired high, individuals experience an alteration in their sensory perception and their perception of time. Appetite increases, and the person becomes euphoric in many cases. Some users become paranoid or panicky, while others notice their judgement or thinking becomes impaired. Some individuals report their coordination, reaction time, and memory also become impaired with the use of marijuana. It is interesting to notice that there are some standard effects like those listed above, and then some more unique aspects of the high that are specific to the person, or to the strain of cannabis grown from high thc weed seeds.

Extracts and Their Effects

Use extracts with great care, industry insiders recommend. Manufacturing these compounds involves extracting potent chemicals from a marijuana plant with the help of butane or alcohol. Butane extraction or blasting remains dangerous, and the person handling the process takes on a great deal of risk, as severe burns are not unheard of.

As a result of the dangers, one wonders why anyone would choose this method. According to the United States Drug Enforcement Agency, the compound extracted during this process contains 80 percent THC. In contrast, buds typically contain 10 to 20 percent THC.

Individuals choosing the blasting extraction method encounter risks other than burns as well. Some users experience a high they describe as overwhelming, intense, or frightening, and certain users suffer an accident or injury after using a marijuana extract. Medical professionals have treated severe withdrawal in patients making use of the extracts, and overdose remains a concern.

Pediatrics published an article stating these extracts are dangerous. Individuals use these extracts in “dabbing”, a process involving the heating of the substance to a high temperature before inhaling the resulting vapor. This delivers highly concentrated THC into the user’s system. In addition, it could bring about the release of toxic chemicals which the user then inhales. E-cigarettes come with similar issues, as they release materials inside the e-cigarettes through a process known as off-gassing. This leads to additional health risks for the consumer.

Extracts go by many names. Individuals purchasing honey oil, butane hash oil, 710, shatter, or earwax need to be aware they are obtaining a marijuana extract. The name provides information on the concentration of the extract or its solidity/texture.

When selecting an extract, individuals typically look to the solvent used along with the compatibility of the extract with the preferred consumption method. Never equate a high THC content with the user experience, as the two aren’t necessarily related.

Individuals concerned about solvent consumption need to research extracts made using water or heat. Most extraction methods involve the use of CO2, water, alcohol, heat, and hydrocarbons, so be sure to learn which technique the manufacturer uses before purchasing. Products made using this method are usually advertised as a concentrate. They differ from extracts in that manufacturers produce extracts by using heat and pressure to pull the THC from the bud. Some extracts are made from Cannabis grown from high cbd strains seeds for medical users, but this is not as common.

Ask which extract is best for your preferred delivery method. Some users dab and benefit from live resin, rosin, or shatter. Vapers need a cartridge compatible with their battery, and users who prefer ingestible products should learn about oil capsules and tinctures.

Of course, once you determine the type of extract that is right for you, the choices don’t stop there! Now you have to pick a strain, be it a sativa or indica variety of cannabis that the material was made from. When you go to a legal dispensary that carries wax or shatter, you are likely to encounter all of the popular strains like blue dream, white widow and gorilla glue #4. Having some prior knowledge of these strains can definitely help make your decision easier, although budtenders are typically trained to provide this kind of advice as well.

When determining whether to use buds or extract, individuals need to consider the side effects of each. As extracts come with a higher concentration of THC, users must need to expect a more intensified response when using this form of marijuana. This includes the high as well as the side effects.

As reported by the National Institute of Drug Abuse, side effects include breathing issues, hallucinations, mood disorders, an increased risk of developing psychosis, paranoia, and increased heart rate. Young people must understand the negative effects on brain development that accompany the use of both buds or extracts.

Addictive Behaviors published a study showing individuals who used extracts developed higher tolerance to marijuana. Over time, they needed more of the drug to obtain the same high. Withdrawal symptoms tended to be more severe in these individuals as well. As a result, individuals using extracts become more prone to addiction with regard to this drug.

Individuals addicted to marijuana often need specialized care to overcome this addiction. The higher concentration of THC found in marijuana extracts contributes to this issue and makes it more challenging for those attempting to break the habit. Withdrawal symptoms bring about discomfort, and the high tolerance level of the user interferes with the recovery process. Relapses tend to be very common in these individuals, which explains why professionals often need to step in and assist with the process.

Individuals who find they need help as they have become addicted to marijuana must ensure the right treatment facility is selected. Speak to different facilities and share information about the problems being experienced, the forms of marijuana used, and other pertinent information. This ensures the staff has the knowledge, tools, and resources to help overcome the problem. However, the overwhelming majority of marijuana users never become addicted, so this shouldn’t be a worry for most.

Before making any purchase, make certain it is understood what the product is and what to expect with its use. A person who purchases the wrong product could have complications as a result of doing so. Marijuana is meant to be enjoyed, so nobody wants this issue to arise. Become educated to ensure this doesn’t become a problem, and never hesitate if you have a question. Those in the industry happily share their knowledge, as users band together. Everyone remains willing and eager to help others for this reason. Just read our i49 seedbank reviews to see what other customers are saying about our incredible support and customer service. 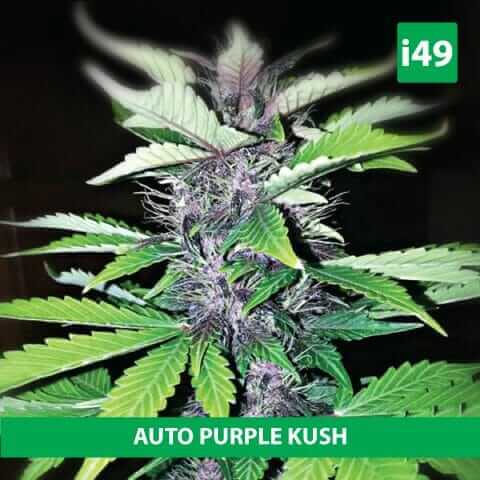 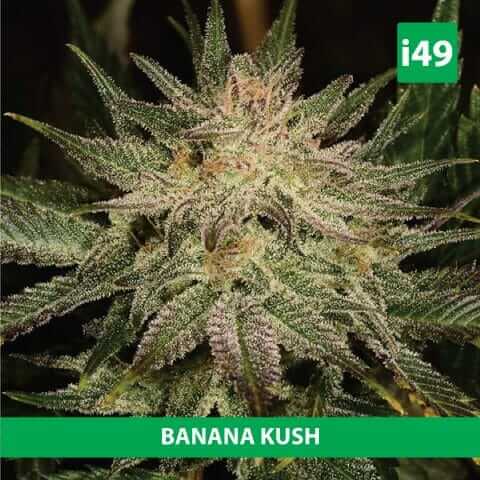 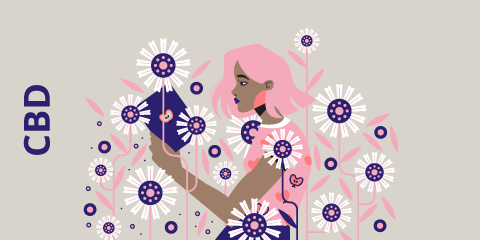 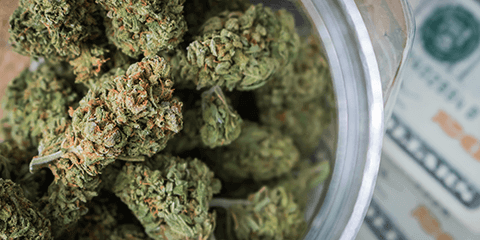 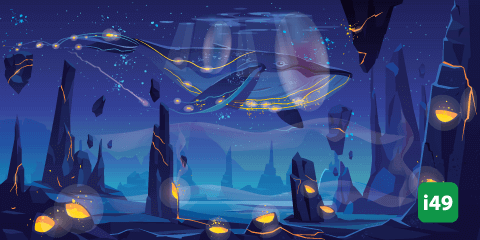 Grow Your Own Weed To Extract