Consumers who have never smoked marijuana are often anxious about their first time. It’s hard to tell what to expect when there’s so much conflicting information out there. Opponents of legalization often describe the effects of marijuana in outrageously alarmist terms, while seasoned cannabis enthusiasts and medical users who have finally found relief may describe their introductions to smoking weed like a breath of fresh air.

The reality is that every person’s first experience is different, but that doesn’t mean first-time users can’t benefit from learning about what to expect. Read on to find out about everything newcomers to the wonderful world of marijuana need to know before smoking for the first time to ensure a safe and pleasant experience.

There are a lot of misconceptions out there about THC, the psychoactive component in marijuana, and its safety. These misconceptions are not aided by the fact that the federal government continues to consider marijuana a schedule one substance despite its proven medical benefits and safety. The bottom line is that while smoking too much weed can be an unpleasant experience, especially for those who are new to the cannabis community, no one has ever overdosed on marijuana.

If you want to enjoy the mellow high that THC can offer without being totally knocked out of your socks, make sure that you begin your weed adventures with a strain like cbd 20:1 or the harlequin strain, which have a much higher CBD to THC ratio (remember that the CBD cannabinoid does not get you high)

Whenever consumers try new substances, whether for medical or recreational purposes, they should consider how these substances might interact with any other medications or drugs they’re taking. Marijuana is no exception, but thankfully, there’s little to worry about on this front. It’s a testament to the remarkable safety of marijuana that, unlike alcohol, aspirin, and many other common and easily procured drugs, it’s safe to take with both depressants and blood thinners.

The only known drug interaction caused by marijuana is with substances known to stimulate tachycardia, or elevated heart rate. These substances include medications like nortriptyline, and stimulant drugs like ephedrine.

Using marijuana while taking stimulant drugs is unlikely to cause long-term health damage, but it can worsen tachycardia symptoms, which is bad news for those at high risk of heart attacks. Medical marijuana patients may want to ask their doctors before consuming weed for the first time. They may be able to get a prescription for a medication like propranolol, which can inhibit tachycardia.

Let’s get this out of the way as quickly as possible: marijuana is not physically addictive. Most people who use it, even daily, have no problem abstaining from marijuana or quitting completely, even after years of use. There is, however, some evidence that a small percentage of users become psychologically dependent on marijuana. Indoor and outdoor strains have essentially the same effect, but typically the hydroponically indoor strains contain the highest THC levels, which could be one of the contributing factors of their perceived addictiveness. If first time smokers roll up an extremely high THC strain like gorilla glue #4, California haze or ak 47 strain for their first puff, they are more likely to “green out” and be turned off the substance rather than become addicted to it. Instead try something more mellow like strain from cbd strain seeds that will just give a light buzz.

Compared to other legal drugs like alcohol, nicotine, and coffee, marijuana has a very low potential for even psychological addiction. However, around 10% of recreational users, most of whom have trouble with other forms of addiction, report difficulty with cutting back on marijuana. Consumers who know they have uniquely addictive personalities may want to reconsider trying marijuana unless they intend to use it to cut back on other, more destructive drugs.

Although marijuana has been shown not to have a profoundly impairing effect on driving, no responsible advocate for legalization would suggest that first-time users, or any users, should consider getting behind the wheel. Plan on staying put for a few hours after smoking or make arrangements to get a ride home.

First-time users should now have fewer fears about the safety of responsible marijuana use. Now, let’s move on to what to expect in terms of physical effects after smoking.

As of today, 33 U.S. states and counting have legalized medical marijuana, so it’s becoming clearer every year that there are plenty of benefits to consuming weed. It can decrease pain and inflammation, reduce nausea, induce sleep, and even prevent epileptic seizures. Unless they’re sore after a hard day’s work, most recreational smokers won’t notice these effects, but they may still benefit from some of them.

What recreational users are more likely to notice in terms of physical effects is increased relaxation and decreased coordination. Smoking marijuana can also make people hungry or thirsty.

Smoking marijuana can also produce some unpleasant physical side effects, especially when it’s taken in large doses. These include dry mouth, red eyes, elevated heart rate, and coughing. Consumers with underlying lung problems like asthma might want to consider taking edibles or using a vaporizer instead of smoking marijuana.

Those who live in states where recreational marijuana use remains illegal should also note that THC and its metabolites can be detected in users’ blood, urine, and hair for as long as 35 days after smoking. Infrequent users don’t have to worry about this as much as chronic, heavy smokers, as the length of time that THC remains in the body varies based on usage patterns, but they shouldn’t plan on smoking for the first time right before a drug test.

Most recreational marijuana users aren’t looking for pain relief or help with battling insomnia. They smoke weed for the first time because they want to get high. Beware that if you not accustomed to other recreational drugs, the strain you smoke could lead to mild dreamy feelings and funny thoughts to full blown psychedelic trip to the moon! So just like we insist on our first time edibles guide to dosing, start low and go slow!

Once they start to feel the effects of THC, users typically report feelings of euphoria that begin within seconds to minutes after smoking. These effects peak after around half an hour, then taper off for the next three to four hours. Many users report not just feelings of euphoria, but also heightened senses, distortions in thinking, or even hallucinations when consuming marijuana in large quantities.

Given that the purpose of smoking marijuana recreationally is to induce an altered state, these distortions are usually welcome distractions from everyday life, although some people find it disorienting. The best thing to do after smoking too much weed is to take a deep breath, try to relax, and wait for these sensations to subside.

Smoking marijuana can also lower users’ inhibitions. That can be problematic if consumers smoke for the first time in a social setting with people they don’t, and shouldn’t, trust. Marijuana use can also temporarily affect concentration and short-term memory and can induce anxiety, or even panic attacks, in users who are predisposed to mental health problems.

Heavy marijuana consumption during adolescence can have permanent effects. Some heavy smokers develop fewer neural connections in the parts of their brains associated with things like learning, memory, and alertness. Although not all teenage smokers exhibit these long-term effects, it’s best for anyone who wants to use marijuana for recreational purposes to avoid the risk and wait until their brains are fully developed. That still gives consumers an entire lifetime to enjoy smoking weed.

Like any mind-altering substance, marijuana is less effective when smoked all the time. Heavy smokers report having to ingest more THC to get the results they want and may even find that the euphoria associated with smoking marijuana decreases over time after long-term heavy use. The best solution is to either take a break from smoking for a few days or, if using marijuana to treat a medical disorder, to switch to a different strain or dosage method.

Not only does marijuana, in general, affect each person a little differently, but different strains of weed are known to produce different effects. If first-time users plan to smoke with a knowledgeable friend or grower, they can ask about the particular strain to find out whether it’s an indica, a sativa, or a hybrid. If the person supplying the weed grew it themselves or purchased it from a reputable dispensary or trustworthy source, he or she may even know exactly what strain it is and how much THC is in it.

As a general rule, classic indica strains produce more of a body high. After consuming a joint of indica or an indica-dominant hybrid, smokers usually report feelings of relaxation or sedation. Medical marijuana patients often use indica strains to treat chronic pain, induce sleep, and combat nausea. Check out our blackberry kush seeds on i49.net!

Classic sativa strains and sativa-dominant hybrids produce more of a mind high. They’re known for energizing consumers instead of making them feel drowsy and are great for unleashing creativity. Most social smokers prefer sativas, as do those who like to smoke weed during the day. Medical marijuana patients often use sativas to combat mental health problems such as PTSD.

Different strains also have varying concentrations of THC. First-time users might want to look for a less potent strain than seasoned veterans of the smokers’ circles. Strains that offer a good balance of THC and CBD are also less likely to cause problems with anxiety in first-time smokers.

The only way for the uninitiated to understand how smoking marijuana really feels is to try it, but that doesn’t mean it’s not a good idea to find out what to expect. Most consumers trying marijuana for the first time have at least a few friends who will be willing to share their experiences, but take them with a grain of salt and remember that it affects everyone differently. You, as a grower or consumer of fine weed products, can trust the i49 seed bank to provide you with high grade seeds and sound information on how to grow and care for them. 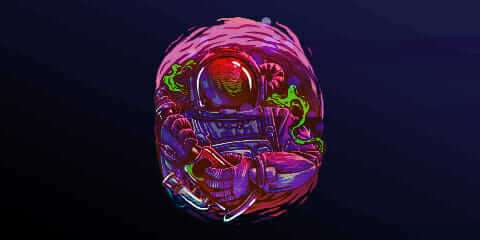 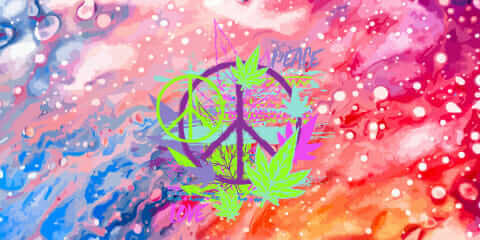 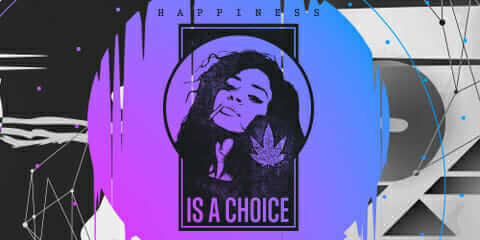 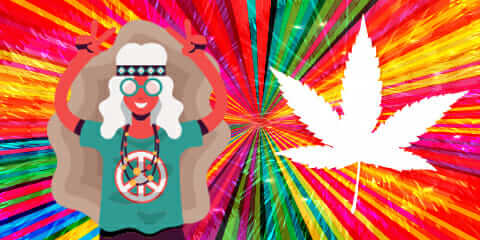 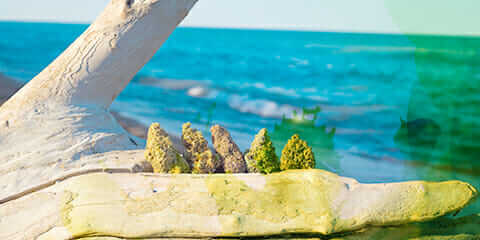