How Much CBD is in Marijuana

How Much CBD Is Found in Marijuana?

CBD has become the buzzword of the day, not just among marijuana enthusiasts but also among health-conscious consumers, more generally. Despite the growing popularity of CBD oil, gummies, and other products for treating a diverse array of diseases and disorders, most consumers still have little idea of what CBD actually is and how it works. This article will offer in-depth insight into what it is, how it works, and how much CBD can be found in different strains of marijuana.

CBD, short for cannabidiol, is a cannabinoid found in both male and female cannabis plants. It is one of 85 known cannabinoids found in marijuana and, as of the past few decades, it is also one of the best researched of these phytochemicals.

Unlike tetrahydrocannabinol (THC), it does not get people high. Instead, it is considered a healing compound.

Although THC has historically received more attention from growers than CBD, that is starting to change as marijuana becomes more widely recognized for its beneficial health impacts. Recreational growers used to focus on cultivating high yielding strains, which tended to be lower in CBD. Today’s medical growers often aim for a balanced blend of CBD and THC since the two phytochemicals work together to produce beneficial effects.

CBD can be ingested via smoking, but most health-conscious consumers prefer to take it orally in the form of CBD oil or use it topically. Since hemp-based CBD oil is now legal in all 50 states, consumers struggling with a diverse array of medical and psychological conditions now have access to this potent herbal medicine.

Some growers and consumers may be wondering how CBD oil can be available almost everywhere in the United States, while marijuana remains illegal on a federal level. The legalities are a bit complex, but it’s relevant to note that CBD oil doesn’t have to be derived from marijuana. It can also be made using hemp plants.

Hemp, the industry name for male cannabis plants, does not produce high levels of THC. For recreational growers interested in increasing the potency of their crops, finding even one male plant in a garden of female plants can be disastrous. For medical growers in states that have not yet legalized medical marijuana, hemp is a blessing in disguise.

In states where medical marijuana is legal, most growers still prefer to make CBD oil from cbd cannabis seeds since some medical conditions respond better to a combination of CBD and THC. When local laws don’t permit it, though, hemp is a good, legal substitute. Whether it’s derived from male or female plants, CBD oil still confers many of the same benefits.

While the laws surrounding marijuana are fairly straightforward, in that it is federally illegal, CBD oil exists in somewhat of a gray area. The 2018 Farm Bill removed restrictions on growing hemp and hemp-derived products, but in many places, they’re technically illegal to sell. According to the federal government, buying CBD oil is legal if it has no more than 0.3% THC, and selling it is legal if the manufacturer does not make claims about its health benefits.

Different states have additional laws in place governing the manufacturing and distribution of CBD oil, though. In Virginia, for example, consumers need to have a prescription if they want to purchase even hemp-based CBD oil. It’s always best for growers, manufacturers, retailers, and consumers to check local laws first before jumping on the CBD bandwagon so they’ll know what they are up against.

Researchers have a very good idea of how THC works on the mind and body, but the mechanisms by which CBD impact health and well-being aren’t quite as well understood. Originally, researchers believed that CBD simply acted on the endocannabinoid system since other cannabinoids, including THC, bind to endocannabinoid receptors. More recent research has shown that the biological actions of CBD are slightly more complex.

Hemp-derived CBD still confers myriad benefits, though. That’s because even when it is taken alone without other cannabinoids, CBD promotes the production of anandamide, a naturally occurring endocannabinoid. Normally, anandamide is broken down quickly by certain fatty acids found in the body. CBD inhibits those fatty acids from acting on anandamide to enhance its effects. Since anandamide is responsible for controlling everything from emotions to physical experiences like pain, pleasure, and appetite, this biological action can alter the way people feel.

Unlike THC, CBD is not psychoactive. What that means is that it does not alter consumers’ perceptions to create a feeling of euphoria. That’s good news for those who want to take advantage of the medical benefits of cannabis but don’t want to get high.

Each strain has a different amount of CBD, so it’s difficult to make generalizations about how much CBD is in marijuana. Consumers who live in states where medical and/or recreational marijuana have already been legalized can purchase full-spectrum CBD oil, isolates, or even high-CBD strains of marijuana flowers, all of which should have clearly labeled concentration levels. Those who don’t should note that the more THC there is in a strain, the lower the CBD level will likely be.

Although CBD has only come under serious study in the past few decades, researchers are already finding that this phytocompound comes with all kinds of physical and mental health benefits. Early research into CBD focused on animal studies. Today, numerous peer-reviewed studies of the cannabinoid’s beneficial impacts on people are also available.

Here are just a few of the most clinically important benefits of CBD:

CBD has been shown to change how the brain’s receptors responds to serotonin, a naturally occurring chemical responsible for regulating mood. As a result, it can decrease stress, reduce the physiological effects of anxiety, improve symptoms associated with PTSD, and even induce sleep in people who suffer from insomnia.

CBD is also considered by some to be an anti-psychotic. This may be due in part to its ability to lessen the psychoactive effects of THC in patients with psychosis or schizophrenia. Psychotic patients often report using marijuana as a means of self-medicating, but THC acts on some of the same portions of the brain affected by schizophrenia. For these patients, high-CBD strains of marijuana may provide a better solution than high thc seed varieties.

On top of all these potential mental health benefits, CBD is also known to induce a sense of overall well-being and emotional balance. This is most likely related to its effects on the endocannabinoid system, responsible in part for maintaining a state of homeostasis in the body.

Recent research has shown that taking CBD may reduce the severity of seizures in epileptic patients and others suffering from seizure disorders. One study from 2016 showed that two to five mg of CBD added to patients’ existing medication regimens reduced participants’ numbers of seizures per month by 36.5%. Some epileptic patients even report being able to stop their seizure medications entirely.

One of the earliest examples of CBD gaining popularity in the media can be traced back to its anti-seizure properties. Parents of children with treatment-resistant epilepsy began reporting positive responses to CBD treatments, including a substantial reduction of the number and severity of their children’s seizures with few or none of the side effects associated with pharmaceutical anti-seizure drugs. The FDA is still investigating these claims, though, and there is little reliable information about the long-term effects of CBD on children and adolescents, so parents should exercise caution when exploring this potential treatment.

CBD is believed to have neuroprotective properties, meaning it may be good for treating more than just seizures. Research is ongoing into the effectiveness of CBD in preventing or slowing the onset of other neurodegenerative disorders, including multiple sclerosis (MS), Parkinson’s disease, Alzheimer’s disease, and strokes. Those studying the neuroprotective properties of CBD believe it may reduce inflammation in the brain to alleviate the symptoms of neurodegenerative disorders.

CBD can also be used to manage chronic pain. Most existing research focuses on using CBD as a treatment for cancer pain, including the negative side effects of chemotherapy and radiation. However, the National Institute of Health is also investigating the role of CBD in combating the chronic pain associated with arthritis, MS, spinal cord injuries, and more.

Some researchers believe that CBD is most effective at relieving pain when used in conjunction with THC. This should come as no surprise, given that both these cannabinoids alter how neurons function in the brain. If they live in states where medical marijuana has been legalized, patients should consider using marijuana-derived CBD instead of hemp-based alternatives for treating chronic pain.

CBD may do more than just alleviate the pain caused by cancer and traditional treatments for this serious, often fatal, disease. It may also prevent cancer cell growth. Research performed by the National Cancer Institute has shown that it may be effective at reducing the spread of colon cancer, breast cancer, and even lung cancer, but more research needs to be performed before CBD could be considered a true cancer preventative.

Side Effects of CBD

Most people report no negative side effects from using CBD. However, some have reported mild psychoactive effects, which may be due to minute levels of THC. Others have also reported headaches and stomach upset, but the consensus among cannabis enthusiasts is that these symptoms are caused not by the CBD itself, but by the pesticides, solvents, and other residues often found in low-quality distillations. It’s important to find a reliable supplier of CBD oil that uses third-party testing to guarantee purity.

Medical marijuana patients often prefer to purchase full-spectrum CBD oil. Full-spectrum products contain more than just CBD. They also have trace amounts of THC and a wide variety of other cannabinoids and terpenes.

Most cannabis enthusiasts are aware that terpenes are responsible for creating each plant’s unique taste and aroma profile, but they also confer numerous health benefits. Some terpenes may reduce pain and inflammation, while others relieve depression, fight off tumors, and even increase brain function. Only full-spectrum extracts contain terpenes.

Full-spectrum extracts may also contain other beneficial cannabinoids. Although THC and CBD are the most widely studied and understood of these phytocompounds, recent research indicates that cannabinoids like CBN and CBG may also have medicinal effects. More specifically, they are believed to increase the effectiveness of CBD in full-spectrum oils. This is due to what’s known as the “entourage effect.” All the cannabinoids work together to produce maximum therapeutic benefits. 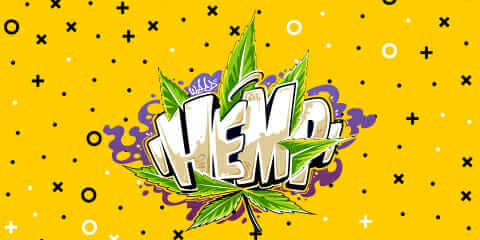 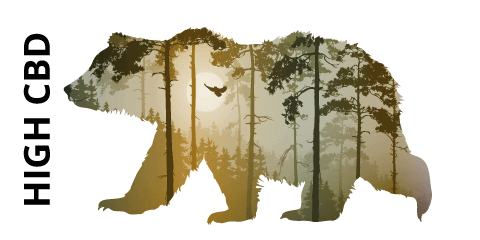 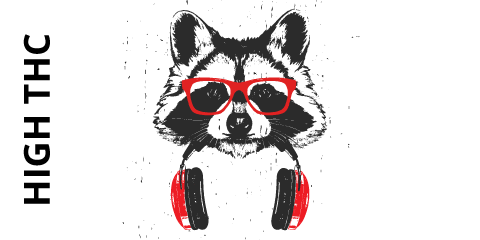 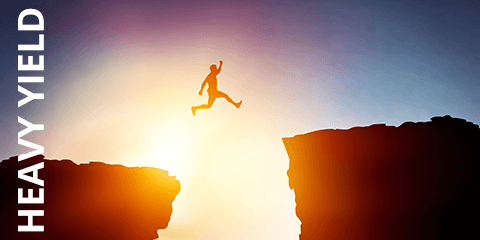 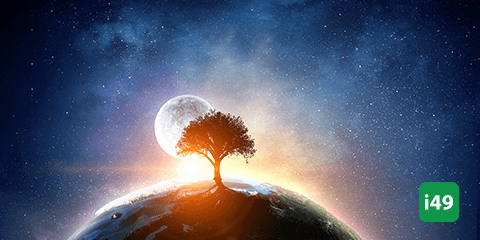