Today’s marijuana consumers have more options at their disposal than ever, but smoking remains the most popular ingestion method across almost all demographics. Smoking weed is a quick and economical way to start taking advantage of the plant’s impressive effects without having to worry about buying or making specialty edible or topical products. This guide will be of interest to you whether you are an experienced smoker or someone picking up your first pack of beginner seeds to grow this season. Read on to learn about the most popular methods of smoking marijuana to find out what each of them has to offer.

Joints are to marijuana what cigarettes are to tobacco. They’re the most common method of smoking, especially in places where marijuana has yet to be legalized or gain sufficient popularity to make carrying a glass piece around in public an acceptable thing to do. Joints, blunts, and spliffs are all easy to transport, don’t require paraphernalia, and can be shared with friends, but they’re not all exactly the same.

Marijuana smokers have two options when it comes to rolling joints. They can do it by hand the old-fashioned way, or they can buy a rolling machine. Most veteran smokers would scoff at the idea of using a machine to roll joints, but for those who have difficulty rolling by hand, they’re a perfectly viable option.

Joint papers come in all shapes and sizes. Some smokers like rolling in filters or cardboard crutches, while others prefer to omit these devices, which can eliminate THC from the smoke stream, and just use a pair of joint clips when they get close to the end. Organic hemp papers make a great complement to high-quality sinsemilla buds, but at the end of the day, any pack of papers will do.

Blunts are like joints, but they’re much larger. Instead of being sheathed in a rolling paper, blunts are rolled using tobacco leaves. Some consumers just buy and empty out the pre-packaged cigars found at gas stations, but true connoisseurs purchase uncut tobacco leaves for rolling their blunts. They’re not as dry, and the flavor is incredible.

Some smokers prefer blunts over joints, while others smoke joints alone and blunts with friends since they’re much larger. Keep in mind that blunts, by nature, contain some tobacco. While it’s not enough to get users hooked on cigarettes, it may make those who aren’t used to tobacco smoke cough the first time.

Spliffs are rolled in joint papers, but the weed is mixed with tobacco. They originated in Europe, where they remain popular to this day. Spliffs can be rolled with either ground buds or concentrates like hash, which makes them a practical smoking method for daily or occasional tobacco smokers who get their hands on some hash but don’t have a dedicated hash pipe.

Non-tobacco smokers should stay away from spliffs if possible. They might not like the way it feels or, conversely, they might like it too much and wind up with a nicotine addiction, which is not something most marijuana smokers strive for.

Handheld pipes are available in just about every dispensary, head shop, cigar store, and even many gas stations. They’ve been increasing in popularity in recent years, especially in places where marijuana is legal or decriminalized. Some smokers prefer them over rolled joints and blunts because they don’t require inhaling burned paper or glue, so smokers don’t have to worry about these impurities. Others like them because they have smaller bowls that don’t create a side stream of smoke, making it easier to economize bud.

Pipes come in a wide variety of sizes and styles, but the basic elements are always the same. Every handheld pipe has a bowl, a carb, and a stem. Most are made of glass, but metal, ceramic, wood pipes are also pretty easy to find. Just steer clear of plastic pipes, which can off-gas toxic substances when heated.

Bubblers are like a combination pipe and bong. These hand-held smoking devices have all the same elements and the same basic shape as an ordinary pipe, but also feature a small water reservoir. When smokers light up, they draw the smoke through this water chamber to cool it before it enters their lungs. The downside of handheld bubblers is that the water absorbs THC along with carcinogenic compounds, which means smokers have to consume more marijuana to get high.

Bongs are full-sized water pipes that work similar to bubblers but require both hands for use. Using a full-sized water bong allows the smoke to cool fully before inhalation, providing a smoother smoking experience. Some consumers believe that smoking out of a bong is healthier since the water may filter out some contaminants, but unfortunately, that isn’t true.

While bongs do provide a smooth, satisfying smoking experience and may reduce concentrations of some water-soluble toxic gases, they don’t eliminate the risks associated with inhaling the tar and other contaminants found in all smoke. The flipside is that you get one huge toke all at once, so many tokers feel like gram for gram they can get more high using a bong for their skunk pot or gelato weed than in any other smoking apparatus.

Bongs have much larger chambers and longer stems and are designed to be used upright. Most of them have removable bowls that sit on top of stems, but some also have carbs. Smokers use them by inhaling through the top of the stem until the chamber is full then releasing it into their lungs by pulling out the stem or releasing the carb.

Upright bongs come in many sizes, ranging from small models with tiny bowls designed for personal use to giant, four-foot-tall party bongs. Those new to smoking marijuana should note that since larger bongs have larger bowls, and by design, bongs allow users to inhale all the smoke at once, it’s easy to overdo it when smoking out of these devices.

Gravity bongs work a little differently than other bongs. Instead of filtering the smoke through water before inhaling it, they use the suction created by removing water from a container to create highly concentrated smoke, which makes them a perfect way to get extremely high without wasting a ton of valuable weed. Gravity bongs are a recipe for disaster for novice smokers, so only seasoned cannabis aficionados should try this inhalation method.

Technically, vaporizers and vape pens do not combust marijuana, which means they’re not actually smoking methods. Instead, they heat buds or concentrates to the temperature at which THC, CBD, and other cannabinoids are released without combusting the plant material. The sweet spot is usually around 350 degrees Fahrenheit. Users can then inhale the vapor without inhaling the tar and other carcinogens they get when smoking marijuana. This is a great way to enjoy a purified product grow from either thc cannabis seeds or cbd flower seeds you’ve ordered from i49.net.

Large, desktop vaporizers deliver THC and CBD efficiently without emitting toxic hydrocarbons like benzene, toluene, and naphthalene. Users just place a small amount of bud into the heating chamber, then press a button to turn the vaporizer on and wait until it has heated up sufficiently to release the desirable cannabinoids and terpenes, then inhale.

Medical patients and recreational cannabis enthusiasts alike love desktop vaporizers for home use. Not only do they eliminate many toxins associated with combustion, but they’re also more efficient since some THC is destroyed during combustion when using ordinary smoking paraphernalia.

Consumers who live in states that still prohibit the sale of marijuana paraphernalia can find them under the name “herbal vaporizers.” Those who have some extra money to spend can look into the Volcano, considered the gold standard for desktop vaporizers. There are plenty of cheaper models out there, but not all of them feature things like automatic temperature control and blower fans and many don’t work all that well.

Vape pens were recently introduced to North American markets as a healthier alternative to smoking tobacco cigarettes, but it wasn’t long before cannabis growers and users started applying the same principles to marijuana. Most vape pens are designed for use with concentrates, rather than bud, and many manufacturers make proprietary vape pods. Dispensaries today are lined with different flavored options like blueberry strain cartridges, or tangie sativa refil oil.

Vape pens have gotten a bad rap in recent years due to an influx of contaminated THC pods on the black market. Many consumers have gotten sick, and some have died. Don’t assume the vaporization technology is to blame, though. Vape pens designed for use with buds or pure concentrates instead of specialized vape oils are still a safe and effective alternative to smoking marijuana or using a desktop vaporizer.

The best way to avoid potential health concerns is to spend the extra money to get a decent model vape pen and purchase buds or oil for vaporizing only from a reputable supplier. Consumers who don’t have access to medical or recreational dispensaries, or who don’t want to spend hundreds of dollars on a hand-held vaporizer, may want to stick with more traditional smoking methods. If you are an experienced indoor seed grower and want to try making your own vapable cannabis oil, make sure you research about purging all the chemicals so you don’t produce something harmful to people’s lungs.

The information offered above admittedly only scratches the surface of methods used to get high. Marijuana smokers across the world who find themselves without a professional piece or a rolling paper can get awfully creative, using techniques like hot-knifing, homemade pipes made of apples, or even modifying gas masks, to catch a buzz. Unless they find themselves in a pinch, it’s best for smokers to purchase a high-quality piece or a pack of rolling papers and stick with these time-tested methods. Get the best possible bud to smoke in your joint or bong by growing it yourself with guaranteed i49 seeds. 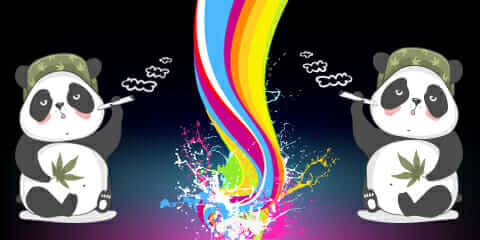 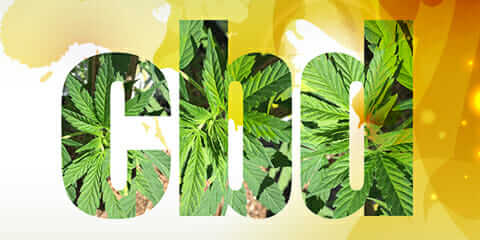 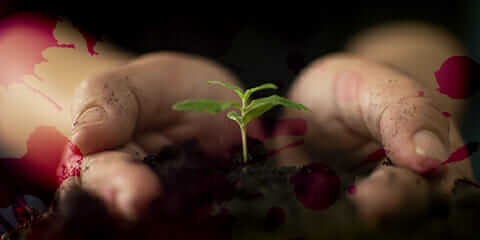 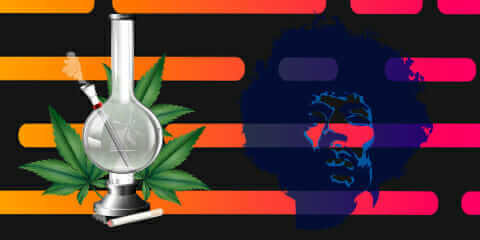 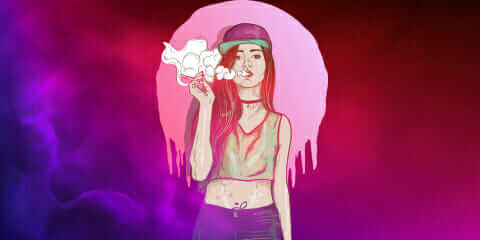