Hydroponic growing allows indoor growers an unprecedented amount of control over every aspect of their operations. There are many types of hydroponic systems, though, and when it comes to marijuana cultivation, they’re not all created equal. Whether they’re just getting started with cultivating marijuana or want to switch to a hydroponic system to increase the quality of their crops, growers can read on to find out everything they need to know to get set up with the perfect system to meet their unique needs.

Before discussing how to set up hydroponic systems using different growing media, it’s worth taking a look at why so many indoor growers are choosing to go soil-free, to begin with. The primary advantage of hydroponic setups is that they allow growers an advanced level of control over the growing environment. That’s not the only benefit of going hydroponic, though.

Switching to a hydroponic system further increases the amount of control growers have over every aspect of their operations. It allows them to monitor and control pH, nutrient levels, EC, and more. Careful control over every aspect of the grow allows novice and experienced cultivators alike to improve their yields and increase the quality and potency of their crops.

·Reduced Susceptibility to Pests and Disease

Cannabis plants grown outdoors are highly susceptible to pests. Moving the operation indoors can help to alleviate some pest problems, but if indoor growers are still using soil, chances are, they’ll still have to deal with the occasional insect infestation.
Switching to a hydroponic system helps to reduce pest problems. When set up correctly, it also eliminates problems with certain types of diseases, including root rot. Hydroponic growers can and should carefully monitor their plant’s roots and make adjustments to their nutrient mixes, pH, and EC accordingly.

·Better Use of Space

Plants grown in soil need to extend their roots outward to access all the nutrients they need. Those grown hydroponically get all their nutrients in liquid form. They are able to form dense root balls in the grow media that take up far less space than traditional pots of soil. Plus, some advanced hydroponic setups lend themselves well to vertical planting, allowing indoor growers without much floor space to cultivate more plants.

In its simplest form, a grow medium is anything that holds moisture and nutrients to facilitate hydroponic cultivation. There are tons of options available to hydroponic growers when it comes time to choose the right medium, but some are more popular than others. Here are a few of the top contenders:

This affordable, lightweight material is composed of basalt and silica. Growers can buy it in small blocks or huge, 1-meter plaques, so it’s great for systems of any size. Rockwool retains a ton of moisture, so it’s important to space out watering sessions and feedings to avoid issues with root rot and bacterial infections. Rockwool should only be used in systems that don’t recirculate water, as this can lead to mineral buildup and encourage fungal growth.

Only use rockwool specifically intended for hydroponic cultivation. Some types of rockwool, such as isolation rockwool, contain chemicals. These will kill plants almost immediately.

It’s also important for novice growers to be careful when handling dry rockwool, especially in its shredded form. It can disintegrate into very small pieces and cause damage to the lungs when inhaled, so use a breathing filter or moisten it before use.

As a final note, rockwool is also naturally alkaline. That means it must be neutralized for a full day prior to use. Use a solution of pH 4 to 5 for this process and test it before transferring plants to the grow medium.

Clay pellets are popular among novice and professional growers alike. They don’t hold moisture as well as rockwool, but that’s not always a bad thing. It means growers can cycle nutrient solutions through them without worrying about water-logging their plants.

Since clay pellets come in large, uneven spheres, they allow for more efficient nutrient and oxygen transfer. They cost slightly more than rockwool, but they can be sterilized and reused, so in the long run, they’re actually very affordable.

Coconut fiber is one of the few all-natural, organic substrates available that doesn’t cause problems for marijuana growers. It’s naturally resistant to fungi and bacteria and retains both water and minerals at rates similar to those of rockwool. Unlike rockwool, though, it doesn’t pose the danger of lung damage, and it can be sterilized and reused.

Perlite is a form of igneous amorphic stone. It’s used extensively in traditional agriculture and horticulture as a soil amendment. In the context of hydroponic systems, it can also be used as a standalone grow medium during the earliest stages of growth.

Perlite is highly permeable and doesn’t retain too much water. Like clay pellets, perlite allows for substantial water and nutrient circulation. Because it doesn’t offer very good water retention, growers who want to use perlite throughout their plant’s growth cycles will need to mix it with other media.

Vermiculite has an effect almost opposite to that of Perlite. It retains a ton of water, but isn’t very permeable. Like perlite, vermiculite is best used in conjunction with other grow media. When applied alone, it disintegrates after long periods of use.

Not all grow mediums are ideally suited for every type of hydroponic system. It’s a good idea for those about to embark on their first hydroponic grows to choose what type of system they want to install before picking what type of grow media to use with it. This will ensure that they’re compatible.

Passive hydroponic systems are just pots filled with a grow medium, usually gauze. Growers can either place the pots in a liquid nutrient solution and insert wicks through the bottoms so the plants can absorb it or they can water and feed the plants by hand. Passive hydroponic systems require a lot of attention since the nutrient solution must be changed out frequently to avoid mold, fungus, and bacteria, but they’re relatively inexpensive to set up.

Static systems work a lot like passive systems. The primary difference is that instead of placing multiple smaller pots into a larger vat of nutrient solution, hydroponic growers who use this solution typically use larger pots filled with a grow medium like coconut fiber, which is naturally resistant to mold and bacteria.

Choosing a mold and bacteria resistant medium is important for growers who use this technique, as the water doesn’t circulate well even when the pots are connected and stagnant water creates a perfect environment for disease. The primary benefit of static systems is that they are low cost. Serious growers who want to maximize their crop yields shouldn’t bother with them, but they’re just fine for hobby growers who only want to cultivate a few plants.

This type of hydroponic system isn’t for hobby growers. Open circuit systems are more expensive, both in terms of initial investment and ongoing costs like fertilizer and fresh water. They’re also much harder to set up properly so that all the plants are getting the same amount of water and nutrients. Put simply, there just isn’t a lot of room for error with open circuit hydroponics.

Setting up a closed-circuit system can still be challenging, as it requires careful angling of the irrigation pipes to ensure that all the plants are getting sufficient nutrients without being over-watered. However, since these systems recirculate water and nutrients, they’re much less wasteful and expensive to maintain.

Ebb and flow systems work on a fairly straightforward principle. Instead of providing constant irrigation, they flood the plant’s roots periodically with a nutrient solution, which can then be drained back into a reservoir, readjusted, and reused.

Basic ebb and flow systems are composed of a grow tray that can hold at least 10 cm of nutrient solution, a reservoir, a pump, and a sheet of plastic to protect the roots from light damage. The nutrient solution is kept in the reservoir and pumped periodically to the grow tray, where it stays for long enough to give the roots a chance to absorb it. The excess solution then drains back to the reservoir.

Most growers who use this type of system set up the pump on a timer. Figuring out how much time to allow between flooding and draining can be a little difficult, but the system is relatively affordable and it scales well.

This active hydroponic system allows growers to drain a nutrient solution onto an angled tray, creating a film that flows through the plant’s roots. The solution is kept in a reservoir like the ones used for ebb and flow systems, but it is pumped through the tray continuously and drained out the bottom. Cannabis plants grown using this technique will form a dense root mat at the bottom of the tray, allowing them to fan out and absorb nutrients more efficiently.

Since the nutrient film technique was one of the first hydroponic systems developed for home growers, there are plenty of options available for hobby and commercial growers alike. These systems are compact and simple, so they’re perfect for small spaces.

Traditional nutrient film setups don’t require a particular kind of grow medium, but modern growers typically use clay pellets in small pots. The nutrient solution flows through the small holes in the bottom of the pots, gets absorbed into the clay pellets, then filters out through the drain at the bottom to be adjusted and reused. Clay pellets are perfect for this application since their uneven texture oxygenates the water, and they retain moisture and nutrients very effectively, allowing growers to maximize the time between feedings and making the plants more likely to survive if something goes wrong.

Aeroponics systems don’t use any grow media. Instead, the plant’s roots are suspended in the air and misted with a nutrient solution. The roots are kept separate from the rest of the plants using an opaque tray to prevent light damage, and the nutrient solution is kept in a reservoir located beneath the cannabis plants.

Aeroponics systems produce huge yields, but they need to be well-maintained to avoid pump failures. Since the roots are left exposed and vulnerable, the plants won’t be able to retain any moisture if the pump fails. Novice growers are better off trying a simpler method like the nutrient film technique described above before moving on to aeroponics.

There’s no one right answer to the question of which grow medium is most effective for hydroponic cultivation. Each system lends itself to different mediums, and some growers even use a combination of growing mediums to hit that sweet spot between maximum nutrient retention and proper aeration. Some advanced systems, like the aeroponics system described above, don’t even use a grow medium. No matter which system they choose, growers should pay careful attention to nutrient levels, pH, and plant health throughout the season and make adjustments as needed to account for their plant’s unique requirements. 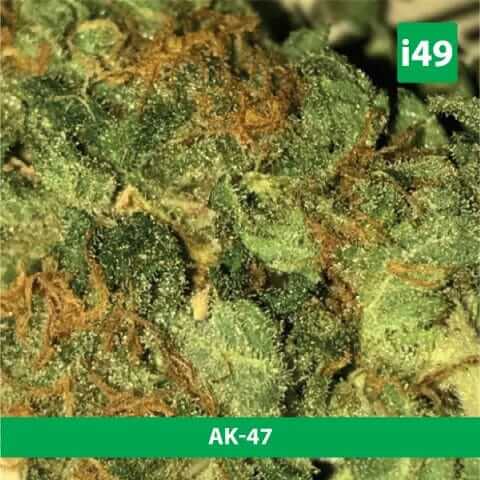 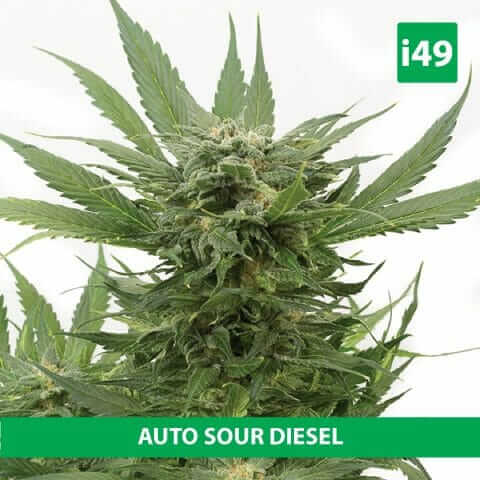 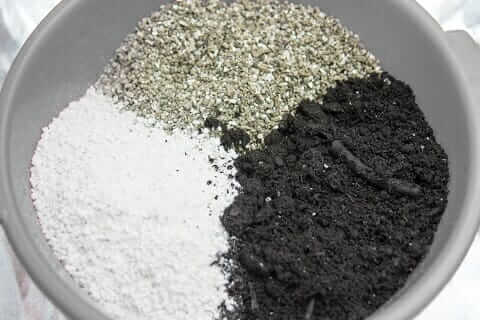 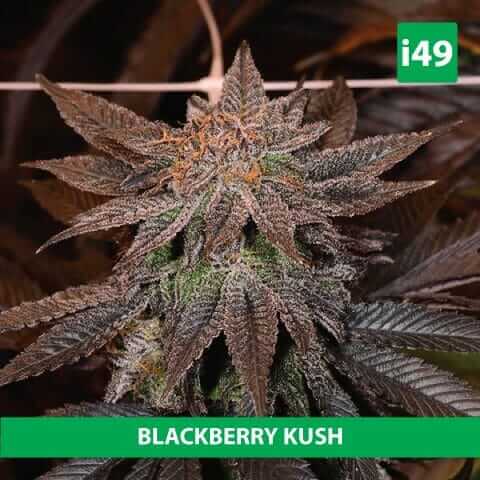 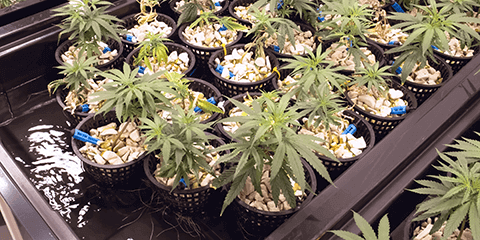