Growing marijuana outdoors has unique benefits. It is more affordable than cultivating indoor crops and requires far less equipment and work. You do not consume a lot of electricity, and almost any plot of land that is secure enough for your needs will work. Outdoor plants also tend to grow larger and provide better yields.

Using feminized seeds streamlines the process even more. Every plant will be female and produce the cannabinoids that give marijuana its most valuable properties. There is no need to identify and remove male plants before they can pollinate females and interfere with flower production.

Suppliers offer a variety of feminized seeds that are ideal for outdoor cannabis growing. Qualities such as genetic makeup, expected yield, and cannabinoid content vary among strains, so it is relatively easy to find what you need among the top ten species.

GSC is 40% indica and 60% sativa. It has a 22% THC content, grows to a medium height, and provides a high yield. Plants flower in 55 to 63 days. Terpenes include limonene, humulene, and caryophyllene. Sunny and Mediterranean climates are ideal for GSC.

Initially grown in San Francisco, California, Girl Scout Cookies is a cross between Durban Poison and OG Kush and is known for its earthy fragrance and sweet flavor. It is more commonly called GSC.

The strain is often listed as one of the top medical cannabis seeds for sale in the USA because it can relieve problems like loss of appetite, chronic pain, and nausea. GSC induces full-body relaxation and a sense of euphoria.

Various GSC genotypes include Thin Mint and Platinum, which vary slightly in appearance and effects. GSC is also a beautiful plant with gorgeous orange hairs and green, twisting calyxes wrapped in purple leaves.

Girl Scout Cookies is known for being pest and mold resistant, two traits that make it one of the best choices for outdoor growing.

Genetically, Super Skunk is mostly indica. Plants grow to a medium height and have a 19% THC content. The strain’s terpene production has not been analyzed. You can expect each plant to flower in 50-65 days and produce as much as 600 grams of marijuana. Crops do best in temperate and continental climates.

Award-winning Super Skunk was created by backcrossing Afghani and Skunk #1 genes. Developed by Sensi Seeds, the fast-growing strain produces dense flowers that give off a strong skunk odor. However, it has a pleasantly sweet taste.

Super Skunk provides users with a deeply relaxing feeling, and it can help relieve pain and stress.

The strain flourishes in an outdoor environment, especially when planted in containers.

Genetically, white widow is 35% sativa and 65% indica. A continental or temperate climate is best for this strain. Its cannabinoid content ranges from 16% to 25% THC. Terpenes include caryophyllene, limonene, and myrcene. The typical flowering time for the strain is 50 to 55 days. Plants reach an average height of 60 cm, and each yields approximately180 grams of marijuana.

A cross between a South Indian Indica and a Brazilian Sativa, White Widow was released by Amsterdam’s Green House Seeds in the 1990s. It has won multiple awards, including 1st Place in the bio category and 1st Place overall.

According to Leafly professionals, the robust species produces a surge of euphoria and energy. It is noted for stimulating creativity and conversation.

With a cannabinoid content of 16% to 19% THC, Northern Lights is 5% sativa and 95% indica. It produces caryophyllene, limonene, and myrcene terpenes. Plants do best in sunny and Mediterranean climates. They reach average heights of 100 to 140 cm. Flowering time is 50 to 55 days, and growers can expect a medium yield.

A mixture of Thai and Afghani landrace cultivars, Northern Lights is a favorite of cannabis growers. It is thought that the strain was first cultivated on the U.S. West Coast and was eventually developed by Sensi Seeds in the Netherlands.

The strain is known for its resilience. It is also famous for crystal-coated buds that emit a sweet, spicy aroma.

The award-winning, fast flowering strain species is hearty and very resistant to “bud rot,” a problem common with indica flowers. Northern Lights is popular among medical marijuana users because it offers relief from symptoms of PTSD, pain, anxiety, and depression.

This strain is 20% indica and 80% sativa, with a 19% THC content. It produces limonene, caryophyllene, and myrcene terpenes. Diesel grows best in temperate and continental climates and produces medium height plants that flower in 45 to 55 days. You can expect a medium yield.

Known for its grassy aroma, the diesel strain is a popular sativa dominant marijuana strain. Dinafem Seeds developed the Diesel by crossing an Afghani cultivar with a Mexican sativa.

Diesel is used medicinally to treat stress, depression, and chronic pain. There is evidence that it may relieve eye pressure, headaches, and can help with symptoms of ADD/ADHD.

Jack Herer’s genetic makeup is 55% sativa and 45% indica. The cannabinoid content is 15% to 19% THC, and plants develop caryophyllene, myrcene, terpinolene terpenes. They grow to heights of 100 to 150 cm. Jack Herer is a high-yield strain that flowers in 50 to 55 days. Crops do best in sunny and Mediterranean climates.

This strain is a cross between Haze and Red Skunk and was bred by Sensi Seeds. Jack Herrer won the 1994 Cannabis Cup.

Plants will do very well if you use the ScrOg or SOG growing techniques.

Genetically, Somango is 75% indica and 25% sativa, with cannabinoid content that is 17% to 20% THC.  The strain’s terpene production has not been determined. Somango thrives in continental and temperate climates.  Plants reach heights of 100 to 130 cm, flower in 50 to 55 days, and generally produce a low marijuana yield.

The strain’s ability to impart euphoria, combined with a fruity taste, makes it popular among patients who use medical marijuana for depression. It is also ideal for creative work.

At maturity, leaves have a purple hue. Professional growers suggest using the Sea of Green technique for maximum yield.

Genetically, Critical Kush is 10% sativa and 90% indica. The cannabinoid content is 1% CBD and 25% THC. Terpene production for the strain has not been analyzed. Plants do best in warm, dry, temperate climates and flower in 50 to 60 days. Critical Kush reaches a medium height, and growers can expect a high yield.

Critical Kush is a blend of OG Kush and Critical Mass strains. Known for its earthy, spicy aroma, it produces a sense of calm and relaxes the body and mind. The strain’s high THC content makes it the ideal remedy for stress, insomnia, pain, and muscle spasms.

With a genetic makeup that is 60% indica and 40% sativa, Cheese has a cannabinoid content that is 16% THC. It develops limonene, caryophyllene, and myrcene terpenes. The strain grows best in temperate and continental climates. Plants flower in 45-55 days, reach an average height of 100 to 120 cm and produce a high yield.

Cheese is a hybrid created using Afghani indica from the U.K. and Skunk #1. An indica-dominant strain, it has won both the Best Indica Cup and overall Cannabis Cup.

It was named for its unusual appearance and fragrance. Plants produce dense flowers that give off a pungent odor similar to aged Cheese. The plant is bushy and grows thick buds coated with resin. They have yellow-orange pistols.

Cheese thrives outdoors, so it is an excellent choice for new growers. And lucky for you, we have top-quality cheese strain seeds for sale online at i49 seed bank.

Primarily an indica strain, Afghani Kush has a cannabinoid content that is 20% to 25% THC. It produces limonene, caryophyllene, myrcene terpenes. The strain does best in temperate and continental climates. Plants grow to heights of 90 to 130 cm and flower in 50 to 55 days. Expect a medium yield, with each plant producing 500-600 grams.

This indica strain can be found growing in Afghanistan’s Hindu Kush Mountains. A favorite of outdoor growers, it is highly mold and disease resistant. Afghan Kush growers have been cultivating and perfecting it for centuries. White Seed Label Company initially distributed the strain in the Netherlands.

The flowers grow into resin-filled, blunt-topped nuggets and produce high yields. It is often considered the ultimate resource for hash, such as sticky black Afghani hash and charas.

Doctors prescribe Afghani Kush for a range of conditions, including depression, muscle spasms, migraines, and PMS. As per Hytiva specialists, Afghan Kush has a powerful impact on the body and creates a feeling of drowsiness. As a result, many insomniacs use it as a sedative. 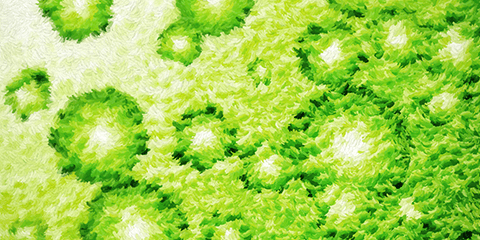 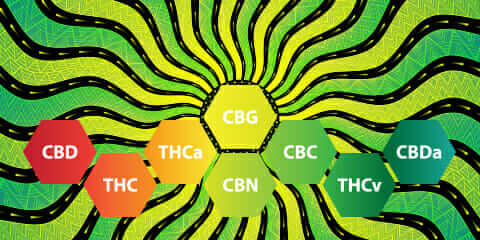 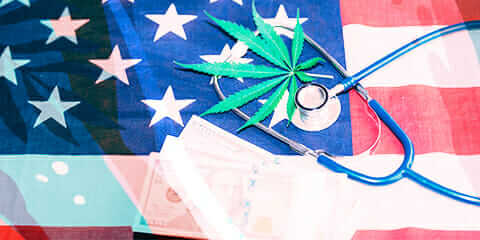 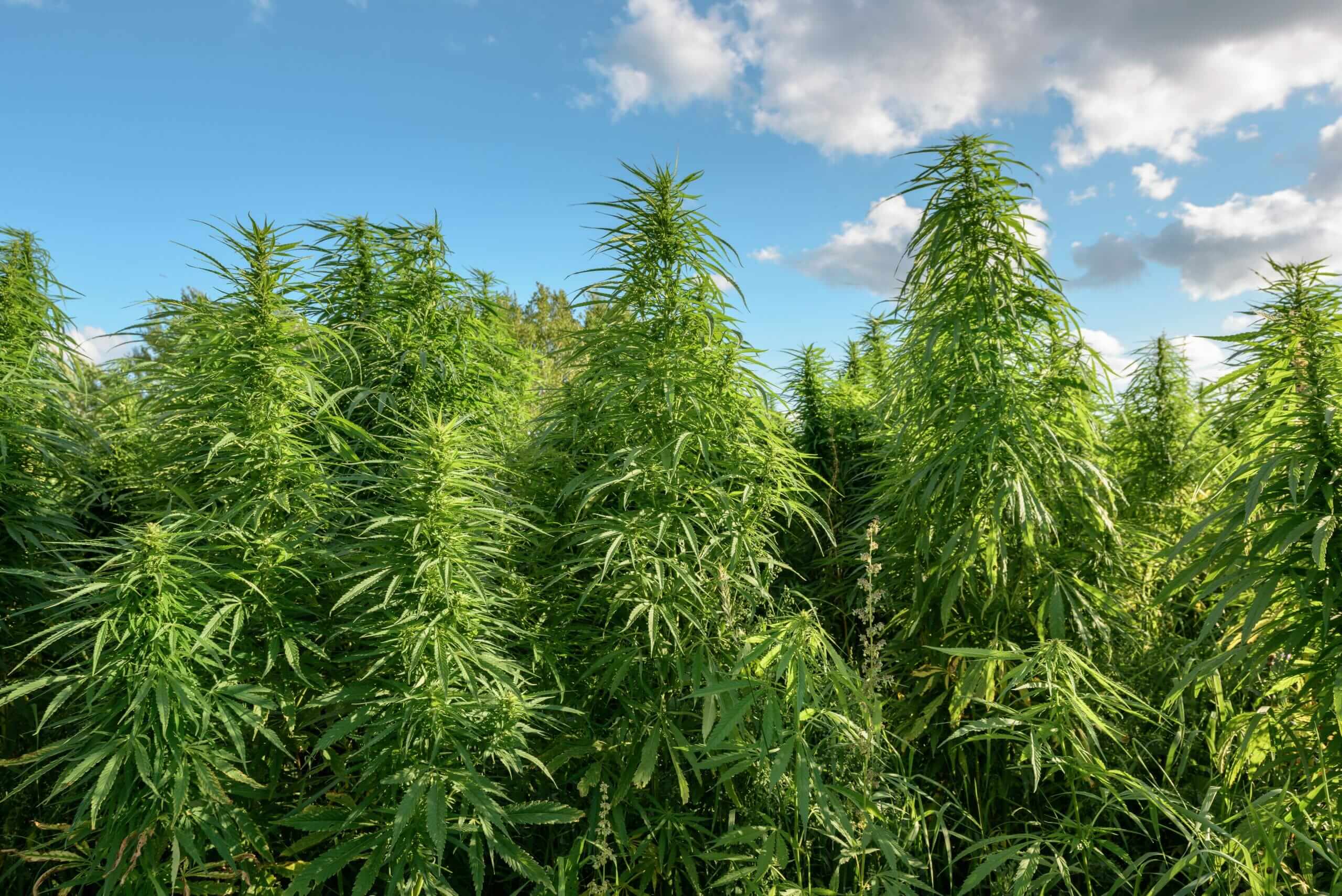 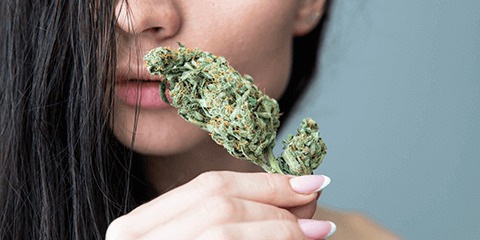