Cannabis horticulturists have been perfecting how to grow marijuana for decades. They have discovered the perfect nutrient ratios for optimal growth, mastered the replication of outdoor growing conditions indoors, and pinpointed the exact amount of light to use during each stage of growth. However, growing a cannabis plant can still be tricky, and some of the equipment needed can be costly.

One of the most critical components of growing a healthy plant is providing the right number of light hours to facilitate vegetative growth and knowing when to reduce the light hours to prompt flowering. Getting this wrong can be devastating, causing plants to produce few buds and negatively affecting its potency. It can even cause the plant to produce male anatomy, which can pollinate all the female plants and ruin the whole operation.

What is Auto-flowering Cannabis?

How They Are Made

The most well-known varieties of cannabis are Indica and Sativa. However, a little-known strain called Cannabis Ruderalis is responsible for the development of auto-flowering strains.

Native to Southern Siberia, this strain of cannabis has adapted to withstand harsh environments, cold temperatures, and low light. These plants are small and short, growing only 2 – 3 feet in height, and have developed the ability to produce flowers regardless of the number of light hours they receive.

Auto-flowering cannabis plants are a cross of the photoperiodic Indica or Sativa strains and the Cannabis Ruderalis strain. The result is an auto-flowering strain.

The Pros and Cons of Auto-flowering Cannabis

Auto-flowering cannabis seeds have a wide range of benefits that have won them a loyal following since their development. However, some drawbacks have kept many growers opting for the more temperamental photoperiodic strains. Below is a summary of the pros and cons of auto-flowering cannabis.

As mentioned above, most strains of auto-flowering cannabis take only ten weeks to reach the harvest stage. Some strains like Grapefruit begin flowering around two weeks and are ready to harvest in as little as eight weeks. The short growing time is a considerable advantage to growers who want to see the fruits of their labor quickly. It is especially beneficial to growers who need to be furtive about their grow operation.

Auto-flowering cannabis plants are typically much smaller than other strains. The hallmark of Sativa strains is how tall they grow, with some of them capable of reaching over 15-feet high. Indica strains are typically shorter but are bushy and wide with broad leaves and thick stalks. When crossed with the Ruderalis strain, the result is a much smaller, but much more hardy plant.

Growers who need to be stealthy about their grow operation or who do not have a lot of space to grow plants often choose auto-flowering strains for their small size. These tiny plants allow growers to get the most out of their growing area as they can fit more plants in a small space.

Auto-flowering cannabis plants do not require changes to their light cycle to flower. Many growers continue to give their auto-flower plants 16 hours of light per day throughout its growth cycle. Doing this during the flowering stage allows growers to maximize the size of their auto-flowering plant.

Photoperiodic cannabis plants are incredibly sensitive to light changes. They require 12 hours of light and 12 hours of dark during the flowering stage and rarely grow any larger once that stage has begun. Additionally, these strains can be stunted or shocked by light leaks, which are relatively common for indoor growers.

When growing outdoors, the short growing period and quick harvest that are the hallmarks of auto-flowering cannabis allow growers to get numerous harvests out of each season. Photoperiodic Indica and Sativa strains require the entire growing season to reach maturity, with some Sativa strains taking as long as eight months to be ready to harvest. Because this is such a hefty time investment, growers can only harvest mature buds one time for the whole season. If their season is cut short for any reason, they will not be able to harvest anything at all.

Since auto-flowering cannabis plants take only ten weeks, growers can get anywhere from two to four harvests from an outdoor grow, depending on the location and the strain. When growing indoors, the number of harvests is unlimited.

One of the best characteristics of auto-flowering cannabis strains is their ability to handle fluctuations in temperature. Photoperiodic strains can experience shock by a sudden burst of cold weather, which will cause them to lose their vigor and negatively impact the plants’ yields.

Because auto-flowering cannabis strains have the Cannabis Ruderalis genes, they can withstand sudden cold temperatures with no impact on their final yield. Their hardiness is especially beneficial for growers who plan to grow their plants outdoors, as unpredictable weather is often a concern.

While there have been substantial advancements in grow lighting technology, the fact remains that they draw much more power than the average lightbulb. Most growers know that their electric bill will go up significantly once they start using grow lights. However, their bill generally goes down a bit when their photoperiodic plants are reduced to 12 hours of light per day.

As mentioned above, many growers choose to provide their auto-flowering plants with 16 hours of light throughout their growth cycle. This means that the cost of electricity to power lights is not reduced when the plant starts to flower. If plants are grown year-round, then the electric bill will be much higher than it would be with photoperiodic Indica or Sativa strains.

Fast harvests and small plants are an excellent benefit to growers that value speed and stealth. However, those who want to get the most out of their plants may be disappointed by the yield of an auto-flowering plant. The maximum yield for photoperiodic marijuana strains can reach as high as one pound, or 453.5 grams, per plant. However, auto-flowering strains typically yield between 10 and 50 grams per plant.

Cannabis Ruderalis contains few cannabinoids and, therefore, does not have a psychoactive effect. When the Ruderalis genes are mixed with Sativa or Indica genes, the result is a less potent strain of marijuana. Some growers who cultivate marijuana for the CBD benefits may find this preferable. However, those after the highest THC content may be disappointed by the potency of many auto-flowering strains.

It is worth noting that auto-flowering strains still produce marijuana with a high THC content. Strains like Gorilla Glue #4 can have a potency between 24% and 30%, which rivals some of the most potent Indica and Sativa strains.

Growing Cannabis is More Accessible Than Ever

Humans have been cultivating marijuana for centuries. In recent years, scientific research has allowed growers to eliminate the most persistent problems in cannabis horticulture. They have been able to tailor their growing methods to a variety of space, budget, time, and experience constraints. One of the most significant advancements in growing marijuana in recent years has been the development of auto-flowering cannabis strains.

Auto-flowering cannabis has allowed growers of all skill levels to cultivate a robust marijuana plant successfully. It has eliminated the need for temperamental lighting systems and has widened the margin for error in a growing environment. Those with limited space can now enjoy the process of growing their own cannabis, as their small size makes them easy to fit into even the tiniest closets. The quick grow times allow for multiple harvests during an outdoor growing season, which can also bridge the gap between the regular cannabis and auto-flowering cannabis yields. Ready to get started? Check out i49.net for a huge variety of auto-flowering seeds. 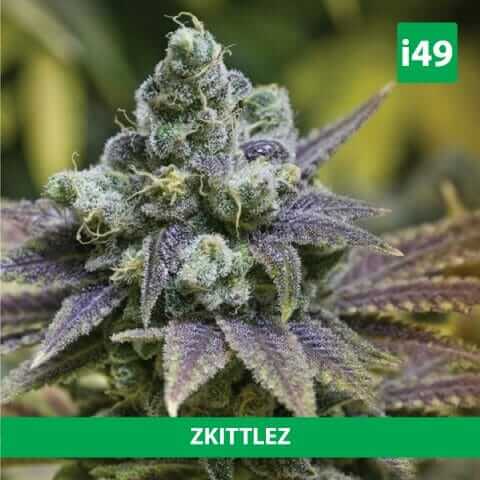 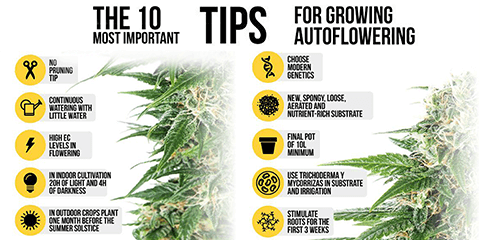 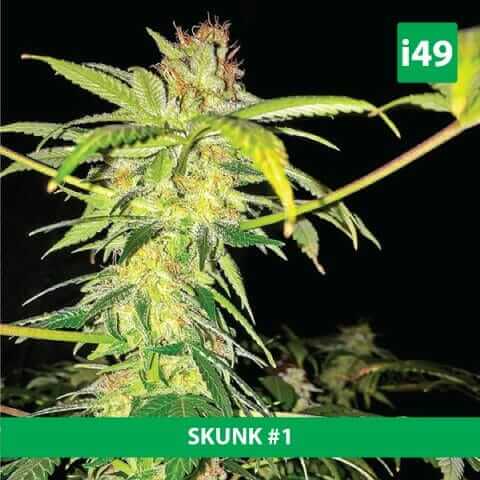 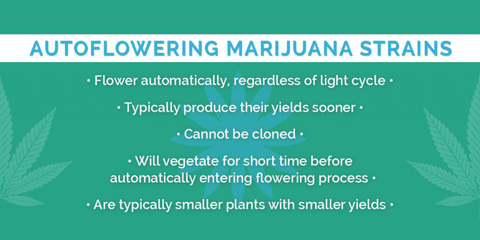 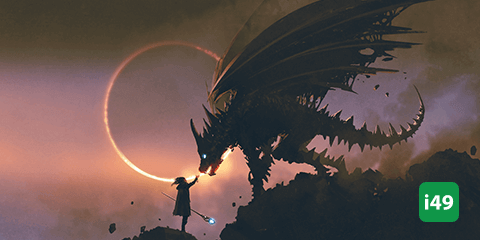 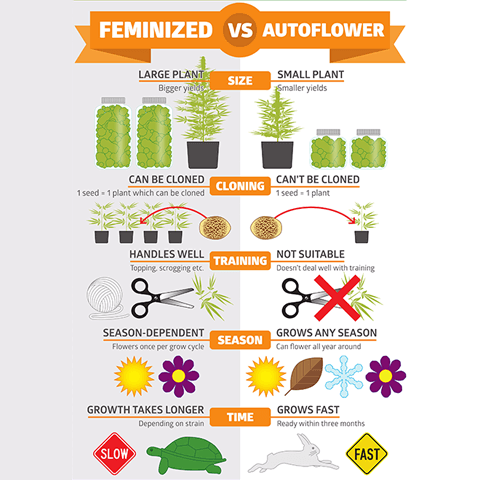 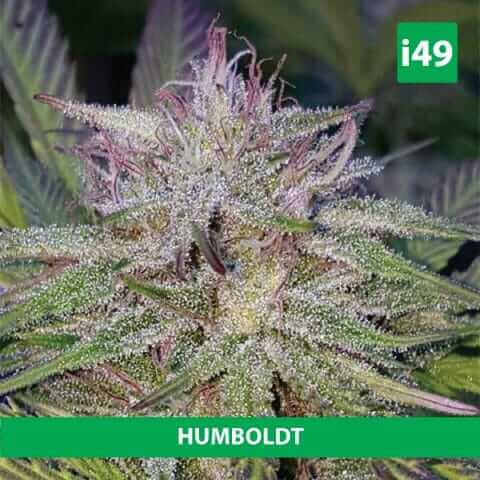 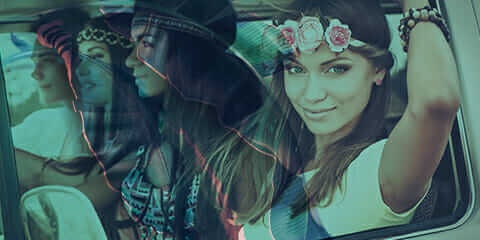