An Introduction to Veganic Cannabis Growing

Dispensaries are now carrying veganic cannabis, a unique strain that appeals to both organic and vegan lifestyles. Veganic marijuana is grown using plant-based, eco-friendly agricultural techniques. Growers do not use animal byproducts or damaging chemicals during cultivation.

Plant-based gardening has been part of modern agriculture for decades but was not widely used to grow cannabis until recently. Currently, there is an increased interest in veganic marijuana because it produces high-quality, flavorful buds.

It is not difficult to cultivate veganic cannabis, but growers need to carefully follow plant-based agricultural techniques to produce high yields and all-natural marijuana.

The Origins of Modern Veganic Growing

Although many civilizations have used plant-based cultivation for hundreds of years, commercial farmers did not adopt the idea until the mid-1900s. In the 1940s, pioneers like Maya Bruce, Rosa Dalziell O’Brien, and Kenneth O’Brien introduced the concept of gardening without using animal products.

These early adopters believed that animal byproducts are harmful to the soil, and eventually, research proved them right. Their innovative growing method was termed “veganic” (a blend of vegan and organic) to set it apart from organic cultivation and traditional farming that rely on animal byproducts and chemicals.

Initially, veganic farming was primarily used to produce healthy food crops. It wasn’t until 2009 that the commercial cannabis industry focused on plant-based cultivation as a way to create great-tasting products that were also earth-friendly.

The Principles of Veganic Cannabis Farming

Veteran cannabis grower Kyle Kushman introduced veganic cultivation into the mainstream industry when he tweaked plant-based Bio Terra soil and included it in his regimen. The story goes that he altered the soil by adding new elements such as microbial cultures and humic acid.

His goal was to develop a marijuana cultivation system with nearly 100% nutrient bioavailability by facilitating a thriving soil food web nourished by plant-based additives. The process eliminates chemicals that deplete essential microorganisms. The elimination of animal byproducts and chemicals makes it easier for cannabis to uptake nutrients.

Veganic cannabis growers use the same principles to develop and feed living soil that produces marijuana with clean, distinct flavors.

Some growers who cultivate organic cannabis avoid chemicals and pesticides but may use fertilizers that include products sourced from animal bone meal, blood, and manure. Veganic farmers rely on rich plant-based compost.

Veganic cannabis cultivation is better for the earth than traditional growing methods. Growing a veganic crop creates a sustainable loop, and cannabis growers who plan carefully can use other plants and compost to cultivate crops without introducing toxic elements.

Veganic farmers know the source of every element that impacts their crops, and they ensure everything is natural and healthy. As a result, plants have a minimal impact on the environment. In contrast, the pesticides, chemicals, herbicides, and fertilizers used in traditional farming often work their way into ecosystems, where they harm plant and animal life.

Veganic cannabis cultivation provides growers with financial and ethical benefits. The process is also appealing to end-users since marijuana is safer.

Cultivating vegan marijuana can be inexpensive, especially if growers already have a lot of land. Those who plan carefully and use other plants for nutrients and compost have everything they need. The property they use to grow cannabis becomes a sustainable production loop.

The cultivation process is also more ethical than other methods, including some organic farming. The ethics of organic agriculture require that plants are cultivated without the use of harmful substances. However, organic farmers who use fertilizers containing animal byproducts have no way of knowing how they were sourced.  Most animals are raised on commercial farms, fed antibiotics, and not grown organically. As a result, plants can be contaminated and could harm cannabis users.

Some growers have resisted switching to veganic systems because they think it will lower their yields. However, veganic crops get the same nutrients as those cultivated using traditional methods. Some professionals believe that veganic growing could improve yields.

It is much easier for plants to digest veganic nutrients because they have fewer waste products than traditional alternatives.  Plants use less time and energy metabolizing nutrients, which gives them more energy to grow and develop essential terpenes, oils, and other compounds. Some smokers will report that their vegan organic weed has a more clear and refined taste and smell as well.

It doesn’t take a lot of money or equipment to grow a bumper crop of veganic cannabis, but it does take well-balanced soil that has the ideal amounts of microbes. Growers can introduce microbes by making compost or compost tea and adding it to the earth. Suppliers also offer ready-to-use plant-based nutrients.

Substrate microbes play a big part in veganic cultivation. They break down soil nutrients, making them easier for plants to absorb. There are several forms of beneficial microbes that ingest decomposing plant matter and then excrete broken-down nutrients. Some experts believe that the correct use of veganic products could result in 100% nutrient uptake.

Plant compost contains all the nutrients provided by fertilizers with animal byproducts. For example, growers can use nitrogen-rich spirulina algae, alfalfa, nettle, and kelp for the vegetating phase. They can introduce phosphorous-rich rhubarb, wild yam root, and burdock root during the flowering stage. Moss, leaves, grass, and most other plant waste can be added to compost to help create healthy soil.

It is also easy to make a microbe tea that will create healthy soil. The ingredients and steps are the same for nearly all plants grown naturally:

If growers buy pre-mixed nutrients from suppliers, they should research options and make sure they choose products that meet their needs.

One reason for the growing interest in veganic cannabis growing is that it is easily customized. Long-time growers who are used to buying nutrients can buy plant-based nutrients and avoid making compost.

Many suppliers list nutrient contents as well as sustainability and organic policies on product labels.

Monitoring soil pH levels is crucial in every method of cannabis cultivation. However, it is easier to maintain acceptable pH levels with veganic growing because nutrients are 100% bioavailable to plants that are grown from indoor weed seeds or outdoor weed seeds for sale through i49 seed bank.

Growers can find affordable pH meters that make it easy to gauge levels by testing soil. A range of 7.0 to 5.5 is generally considered acceptable, but it is vital to ensure that pH does not fall below 5.5.

Microbe tea should be tested to ensure the pH level is above 5.5, which ensures your trainwreck seeds and alien gorilla glue strain plants will stay healthy. Some microbe teas test at levels as low as 4.5.

Veganic crops need a steady supply of oxygen to produce healthy yields, so it is essential to aerate soil and water.

Water may also need to be aerated. It is simple to add oxygen using a pump or stone air diffuser. Pumps circulate air around containers. Air stones slowly release compressed air into water. When the water used to make microbe tea is aerated, microbes flourish.

Aerating water used to grow veganic cannabis improves microbial growth, helps break down substrate nutrients, and boosts the amount of oxygen that gets to roots.

Veganic Pest Control Is All Natural

Like all crops, veganic cannabis is vulnerable to pests and mold. However, i49 net growers can protect plants using all-natural methods that do not harm plants or the earth.

Many professionals grow companion plants like dill, foxglove, chrysanthemum, garlic, peppermint, cilantro, marigolds, yarrow, and sunflowers.  These plants help fight off pests and can reduce the need to use pesticides on your vegan organic auto blueberry or cherry pie marijuana plants.

Natural sprays can protect against a range of problems. Chili spray repels spider mites, while garlic tea and tomato leaf spray will guard against grasshopper and whitefly infestations. There is a wide array of environmentally friendly sprays that professionals use to solve a variety of cultivation problems. With a little research, growers can find help for any challenge.

Veganic growers must monitor soil conditions to ensure their crop of medical marijuana seeds gets everything it needs throughout the entire grow cycle.

For instance, your gelato auto strain plants may need an infusion of phosphorous in the second week of flowering , and you may risk underfeeding them if you are not testing the soil on a regular basis. It could also be necessary to adjust pH levels when certain additives like humic acid are used.

Growers who cultivate veganic cannabis use all-natural, eco-friendly methods that do not rely on chemicals or products that include animal byproducts. Veganic growing was introduced decades ago but is currently getting a lot of attention because many cannabis buyers search for sustainable products. They also prefer all-natural products because they are healthier and more flavorful than other classic weed strains. 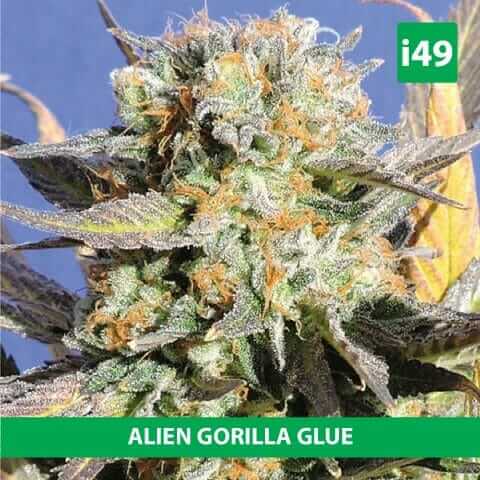 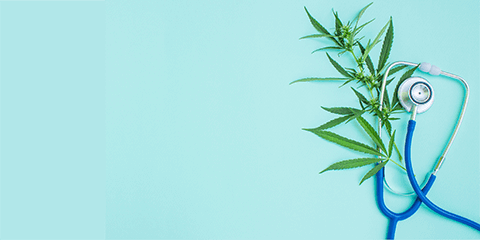 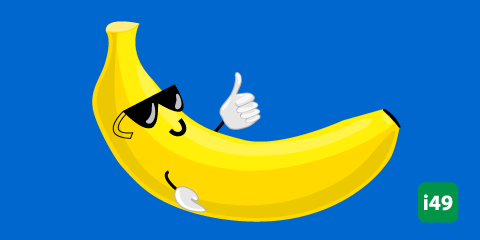 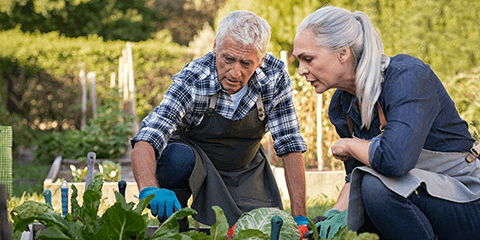 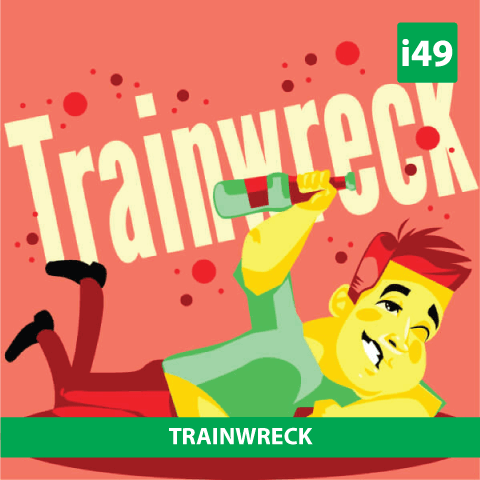 Solving the problem of potassium deficiency on weed plants

The Ultimate Guide to Drying and Curing Cannabis

May 25, 2021 | Drying & Curing
The Ultimate Guide to Drying and Curing Cannabis Drying cannabis is one of the final steps before gaining perfectly smokeable buds! After yo...
Read more