What is Kush? A look at the classic strain type

What is Kush? Kush is a term you might’ve heard rap artists or even your local supplier use to refer to any strain of top-shelf weed. Today, many people apply the term for a specific marijuana line and ganja in general. We’re here to demystify the first meaning.

Kush weed is a family of cannabis plants that originated in South Asia. It’s a broader categorization than indica or sativa, defined as a variety from a particular region, with distinct aroma and effect profiles.

Why should you care about Kush cannabis? It’s a parent to numerous cultivars we know and love, as well as a superstar in its own right. Today, we’ll explore everything these stellar genetics have to offer.

What are the origins of Kush?

Okay, ‘Kush’ is a categorization, but what is Kush weed, anyway? The Kush weed strain originated from landrace hashish plants, mostly from Afghanistan, although they also existed in Northern Pakistan and North-Western India.

The name stems from the Hindu Kush mountain range, which borders these three countries. The environment where it first sprouted is all lush hillsides, deep valleys, and fertile soil, ideal for cannabis cultivation.

The Hindu Kush landrace strain grew naturally in the environment, without interference by eager growers. The Hippie Trail took many subculture seekers to South Asia in the 1970s, and some of them were wise to bring this marijuana herb back to the US.

The rest is history. This cannabis buds that arrived changed the cannabis landscape in the western world, giving everybody the chance to enjoy this royalty-tier cultivar.

Once in the US, breeders across the country caught on and started crossing the landrace with other varieties. Master Kush and OG Kush, two of the most beloved Kush weed offspring, were originally bred by Sensi Seeds.

Now that you know what Kush is made of, how will you be able to tell it apart from other high-THC, high-quality strains? Why should you choose Kush weed over Haze, Skunk, or Purple? Let’s investigate.

What does Kush look like? This type of cannabis displays typical indica traits that a seasoned grower would recognize in an instant. This marijuana plant is dense, short, and squat, yielding chunky, knotted buds.

These herbs are often deep green, with tinges of purple on the leaves. The pistils get orange, bronze, or rust.

These weed effects tend to be heavy-hitting, sedative, and couch-locking. Breeders often cross it with euphoric, light sativas that make you smile as you melt into your seat.

Your body’s locked in place, but your mind is soaring. The meditative cerebral high makes it perfect for bouts of deep introspection.

These strain effects from above come in a rich, powerful cloud of smoke. What does Kush smell like, then?

The aromas vary from heavier hash, gas, pepper, and pine to sweeter fragrances of fruit, flowers, and citrus. There are no guarantees with this landrace, but the Kush smell is permeating, whatever the fragrance.

With this variance in the scent, it’s natural to wonder—what is a Kush flavor profile?

The taste also varies, but there’s no pungency or cough-induction. The smoke might taste of flowers, earth, or citrus, with a diesel undertone that speaks volumes of potency.

Is Kush indica or sativa?

The different cultivars originating from the original Kush cannabis strain are most often hybrids, albeit indica-dominant ones. What is Hindu Kush, the one that originated it all, then?

This intense marijuana herb is indica through and through. It has a vibrant white shine on the pistils and deep green flowers, boasting hassle-free genetics that make it a true joy to grow.

What are the most popular strains of Kush weed?

Given its legendary genetics and consistent quality, it’s no wonder that so many types of Kush came out following its arrival. Breeders are still going strong, but the selection is already so broad that you could spend a year testing only this type of weed.

Let’s share some top Kush weed strains. If you feel like exploring further, pop to our Kush seeds page, see what’s in store, and buy cannabis seeds that seem the most enticing.

The most accurate answer lies in Hindu Kush, a pure indica strain from the mountain range of the same name. It’s a potent marijuana herb that combats the stereotype of ‘indica equals couch lock.’

This cannabis variety originated in harsh conditions, making it robust, sturdy, and easy to grow. It’s resistant to most marijuana ailments. Provide consistent conditions and plenty of nitrogen, and it’ll flourish.

These flowers emit an aroma of sandalwood and herbs that only intensifies once you light them up. The high creeps up on you, working its way around your muscles and bringing an ever-widening smile to your face.

What is OG Kush? It’s the staple of Kush cannabis culture, a cross between the Hindu Kush landrace, Chemdawg, and Lemon Thai. The industry pioneer Josh D named this cultivar OG, and it got accepted as the original in the years to come.

You can get these puppies in two variants at i49. Our regular OG Kush seeds are a breeder’s paradise, while conventional growers will love the OG Kush feminized seeds.

This weed strain is a bit fussy in the growing department. It’s prone to mold and mildew and requires a good deal of trimming. Put in the effort, and it awards you with a sea of chunky nugs.

The smoke is all earth and pine with hints of sweetness. The head rush is immediate and powerful, while the effects on the body remain mild and calming.

You now know what the original Hindu Kush is. What is Purple Kush, then? An ingenious breeder combined Hindu with Purple Afghani for a cultivar with gorgeous violet shades and a complete indica experience.

Our Purple Kush seeds are always female. You can expect a garden of gorgeous violet mothers producing only smokable, seedless pot.

You’ll need some growing experience to make this Kush weed strain thrive. It’s pest and mold resistant but requires quality ventilation and moisture control. Cultivate indoors in a SOG or SCROG setup for better control of its bushy stature.

The strong and sweet grape aroma of these buds is worth the trouble. The THC-curated journey is a wild ride with this cultivar, finishing with a couch-lock you won’t ever want to end. 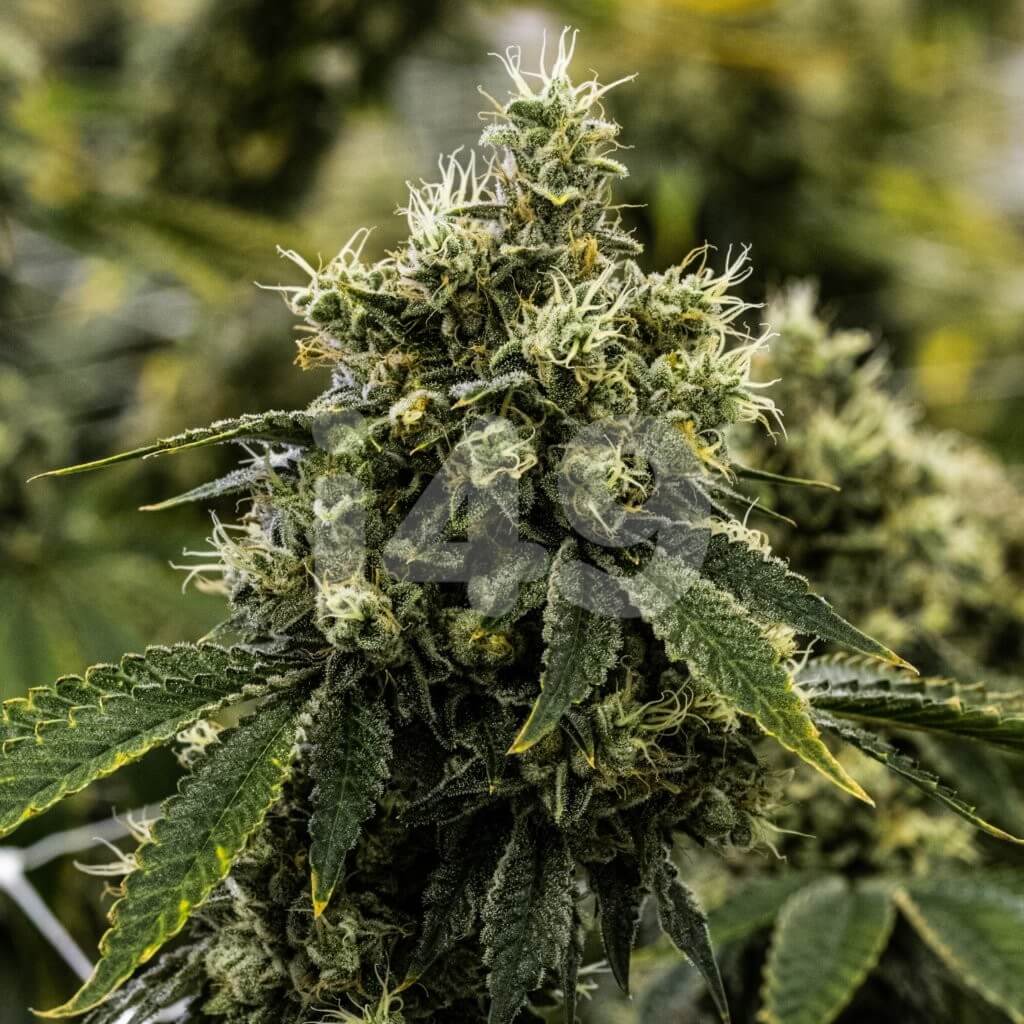 Okay, everything so far made sense, but what is Bubba Kush? Nobody knows for certain, but many suspect that Northern Lights were the second part of the equation. What we can tell you is that it’s perhaps the most delicious Kush weed strain you’ll ever taste.

Our Bubba Kush seeds bring ease to the grower, one that only amplifies when you collect the fruits of your labor.

This variety thrives in almost any environment. It works indoors and outdoors, and as long as you provide enough nutrients, it’ll thank you with a bountiful harvest of small, sticky flowers.

Coffee and dark chocolate greet your senses on the inhale, with subtle tones of hashish underneath. The cerebral high is refreshing, but at 80% indica, this hybrid is quick to relax every muscle in your body.

If somebody asks you if Kush is indica, point them to Kosher. This THC powerhouse is pure relaxation, numbing your body with its powerful buzz.

We at i49 are proud to sell the feminized version of the award-winning Kosher Kush seeds. Its quality is something not to miss, whether you’re smoking for medical or recreational purposes.

This Kush cannabis variety is pretty tall for its origins, reaching as high as 6 feet if unmanaged. Training is your best bet, but other than that, the excellent flower-to-leaf ratio makes the cultivation experience a breeze.

Rich wood and pine emanate from these buds, and the smell grows even stronger on your palate. The physical high hits fast, leaving you smiling and sedated for hours.

Kush pot is usually THC rich and pretty low in the more healing CBD and CBN. Modern crossing practices made it possible to enjoy a classic high that simultaneously heals.

The autoflowering CBD Kush seeds let you enjoy the therapeutic hobby of gardening and get massively awarded for the effort. These plants are non-photoperiod, replenishing your stash of alternative medicine in no time.

Growing these auto cannabis herbs is anything but troublesome. Pop the seeds, sow them in organic soil, and you’ll see them flower after only a couple of weeks. Provide some support when the buds swell to help your crop ripen to perfection.

This fruity type of Kush is an ideal medicine after a long, dreadful day. The CBD contents loosen the muscles, alleviate pain, and eradicate symptoms of anxiety and depression.

Why is Kush still so relevant?

The answer to the popularity of Kush cannabis lies in its inherent properties. If you’re a young stoner, you might wonder why anybody would like to smoke pot from the ‘70s, but landraces are the reason for all the modern wonders.

Since it originates from a harsh mountainous environment, it’s super-resistant to everything that might kill modern pot, and it exhibits profoundly quality traits. From the aroma to the effects, it’s well-balanced and not too extreme, making it excellent for crossing with louder cultivars.

We already have numerous types of Kush, but breeders are a creative bunch. There’s no doubt that more, even better strains with Kush names will pop up in the future.

What is the best Kush strain?

You’re now aware of the superstars in the world of Kush pot, but that’s only the tip of the iceberg.

What is Khalifa Kush? What about Master Kush? What is Krippy Kush? The last one is a joke. Krippy is only a rap song about potent weed, but it shows the depth of exploration before you.

It’s hard to tell which type of Kush is our favorite. You’ll have to visit our store and order a selection of Kush weed seeds to test yourself.

Our list is a good starting point for testing the classics, but an enthusiast has a lot of ground to cover. Once you come to your conclusions, be sure to share them with the community!

Kush—a legend for a reason

Kush weed is a top-shelf family of marijuana strains that relax and uplift. It’s a mixed bag, from the most couch-locking cultivars to uplifting, energizing varieties, but they all have one thing in common—unprecedented quality.

Now that you have the theoretical side of Kush cannabis down, why not apply your knowledge in practice and purchase some weed seeds to grow at home? A garden of a Kush doesn’t fail to delight, and smoking is just as enjoyable.

Stay tuned to our blog for more overviews such as this and grow your knowledge of all things cannabis.

September 10, 2021 | Plant & Seed Types
The Blue Cookies strain is a phenomenal variety birthed from two of the favored stoner strains: Blueberry and Girl Scout Cookies. With such ...
Read more

September 9, 2021 | Plant & Seed Types
Have you always wanted to strike gold? Well, now you can with the Gold Leaf strain. Continue reading on to discover the glittering effects o...
Read more