As cannabis growing has moved from the fringes to the mainstream in recent decades, growers have been coming up with all kinds of ways to improve the process. These range in effectiveness and difficulty from just applying new plant food formulations to completely changing the way cannabis plants grow to maximize yields in smaller spaces. Monster cropping is a recently developed, highly advanced technique that comes with a little risk, but also a lot of benefits.

What Is Monster Cropping?

Also referred to by the more revealing name of “flowering clones,” this technique involves taking clones from a plant that is already in the flowering stage, rooting them, and returning them to vegetate. By the time they return to the flowering stage, the clones should be large, bushy, and filled with plant nodes ready to produce delicious buds. It’s a perfect technique for indoor growers who don’t have access to a lot of space.

No one knows exactly why monster cropping is so effective, but many growers believe it is because this high-stress technique induces the development of more colas as the plants recover. Unlike other forms of high-stress training, monster cropping doesn’t affect the whole plant, though. The clones are taken from a mother plant already in flower and that plant is left to finish off the season on its own terms.

The best time to take cuttings for monster cropping is two to three weeks after the mother plant has been switched over to the 12/12 lighting schedule and has begun to flower. As soon as the first buds form, growers should be gathering their tools and preparing to take clones.

As with ordinary cloning, growers should choose a mother plant that is healthy and has desirable qualities such as high potency, high yield, and good taste. The clones will share the same genetics as the mother, so they will all produce similar buds. When taking clones for monster cropping, growers should only choose mother plants that were grown from full-season seeds. Auto-flowers don’t take well to the process, so attempting to monster crop them is a waste of time and resources.

Most growers take clones from the lower branches of their plants that aren’t receiving as much light. It’s best to choose stems that have large leaves, as the leaves will photosynthesize better and help the new plants take root. Make sure to use sterilized equipment to cut the clones to avoid problems with contamination and cut the stem at least a few nodes down from the top to allow space for rooting. Cut the branch at an angle to encourage water absorption, then place them immediately into clean water.

The easiest way to encourage clippings to take root is to use a specialized rooting solution. It should be applied as soon as possible after taking the cuttings. Once growers have applied their rooting solution, they can place their cuttings into rooting cubes, peat pots, or another growing medium.

Pay careful attention to the clones as they take root and begin to grow. Growers will typically notice a few irregularities in their young clones, such as single-finger leaves or even some mutations. These issues should disappear after the plants take root and reverts to a vegetative state. In the meantime, growers should give them plenty of attention, ensuring that the new clones have all the water and light they need to grow and thrive.

Reverting to a Vegetative State

To revert the flowering clones to a vegetative state, all growers need to do is change their light schedules. Use the normal light schedule for vegetative plants, not for seedlings. Most growers prefer to provide light for 18 hours a day, followed by six hours of darkness.

It will take some time for the clones to reach the flowering stage. When they do, they should be large, bushy, and healthy and should produce a ton of flowers. In the meantime, tend to the mother plant along with the rest of the crop instead of moving it to an isolated mother room and begin to make arrangements for harvest. The mother, along with the rest of the initial crop, will be ready to smoke while the clones are still growing.

Growers should balance two important considerations when they take cuttings from their mother plants to clone for monster cropping. First, they should make a point of taking more clones than they think they will need. Even highly experienced growers will lose a few clones and many inexperienced growers report successful clone rooting rates of just one in ten. It’s an expected part of the monster cropping process, but when performed correctly, it’s absolutely worth the sacrifice.

Second, they should leave enough of the mother plant intact to allow it to finish its growth cycle. One of the great things about monster cropping is that there’s no need to preserve the mother plant, since growers can simply repeat the process when their next crop of clones reaches the right stage of maturity. That means growers can provide a consistent supply of high-quality buds.

The most obvious benefit of monster cropping is that it can dramatically increase yields. Growers who live in places with laws in place to restrict the number of plants they can have in vegetative states and flowering stages will love how bushy and heavy monster cropped clones become, especially when grown in combination with other techniques. This effect is created by a combination of increased cola production and the ability to improve the efficiency of light absorption, especially in indoor grows.

Monster cropping also allows growers to continue working with their favorite strains without sacrificing plants due to seed production or forfeiting space with a devoted mother room. Plus, it’s easy to stagger harvests in indoor grows, and even outdoor grows in the right climate to ensure an almost constant supply of smokable or sellable marijuana.

As has already been noted, monster cropping is a challenging technique to master. It requires careful attention to timing, experience with cloning, plenty of patience, and a willingness to accept some risk. Avoid the following common monster cropping mistakes to ensure the best possible results.

Waiting Too Long to Take Cuttings

It’s best to take cuttings for monster cropping as soon as possible after the mother plant has begun to flower. Waiting until near the end of the flower cycle can make it harder for the clones to take root. Try to take the clones right in the sweet spot of two to three weeks after flowering begins.

Although clones need oxygen to take root, they also need much higher humidity than plants already in the vegetative state. Keep the humidity at around 90%. Commercial growers with access to advanced equipment can root their plants in a propagator, while those without the benefit of tons of expendable cash can trap moisture in a small greenhouse.

Damage to the Stems

Avoid damaging the stems too much when taking the cuttings. Scraping it too much can damage the plant’s under layer of skin, where its natural rooting hormones form. This makes it almost impossible to root the cuttings.

Cutting stems that are too thin makes it more difficult for water and nutrients to enter the clone’s tissues and help it grow. That’s not the only problem growers have with blockages, though. Even large stems cut at a 45-degree angle can get blocked up if submerged directly in the rooting hormone. Instead of submerging the plant, take it out of the water and immediately use a small, sterilized brush to spread the rooting hormone on the stem instead of dunking it.

It’s important to keep the rooting solution free of contaminants. Instead of placing the paintbrush or another spreading implement directly into the bottle, pour some of the powder or liquid into a sterilized shot glass. Use as much solution as necessary then throw out the rest. This extra step will help growers avoid contamination the next time they use the rooting solution.

Some growers like to limit evapotranspiration in their newly rooted clones by cutting their leaves. This is a great way to preserve adequate moisture levels in the plant, but don’t go overboard. Make sure to leave at least 60% of each leaf intact to allow photosynthesis and give the clone the best chances of survival.

Growers shouldn’t start feeding their clones until they have already taken root. The newly rooted cuttings won’t be able to absorb the nutrients until they have developed stable root systems, so introducing nutrients is a waste of money and can actually make it harder for the plants to root. Most growers abstain from feeding until after they transplant their successful clones.

Monster cropping can be combined successfully with other high-stress techniques to further maximize yield. The most popular of these for indoor growers is the screen of green (ScrOG) method. Some growers also use topping, fimming, and lollipopping to control the growth of their plants, create new colas, and maximize their yields.

Screen of Green and Monster Cropping

The ScrOG method is designed to optimize light in indoor grows by bringing the plant’s lower buds into its canopy. Since monster cropped clones are already bushier than normal, they’re a perfect candidate for this training method.

Training plants using the ScrOG technique is easy. Just secure a screen above the plants’ canopy, then tie the plant’s stems to it as they grow. Choose a screen with holes large enough to allow stems, leaves, and buds to pass through it. Usually, 2” x 2” squares will do. Eventually, the plants will create a blanket of growth, all at the same height and the same distance from the grow lights.

It’s less common to see growers topping their monster cropped clones, but that doesn’t mean it’s not a good option in some circumstances. Most monster cropped plants are already bushy and naturally grow plenty of colas.

If the clone root successfully and looks healthy but is only growing one terminal stem instead of branching out to create many smaller ones, topping is still a viable option. Just make sure to follow the recommended techniques, like topping early when the plant has five plant nodes or fewer and cutting the stem slightly above the highest nodes to avoid infections.

Want to create as many flowers as possible and willing to sacrifice a little size? Try combining monster cropping with fimming. Just cut right through the vegetative tips where more colas are desirable to turn one cola into four. Like topping, this process also encourages further lateral branching at the bottom of the plant.

Lollipopping, or removing the leaves from the base of the plant during the vegetative state to help redirect energy to future flowering sites, can be combined with both monster cropping and SCROG with great effects. Since ScrOG encourages plants to form a dense canopy of leaves and buds at the same height, that canopy typically restricts light to the lower branches and leaves. Removing them once the canopy has developed will stop the plant from putting energy into its bottom branches and leaves and re-route all those nutrients and energy to the flowering top.

Monster cropping is a lesser known but extremely effective technique. Indoor growers find that it offers a perfect way to ensure an ongoing supply of high-quality marijuana even in a small space, especially combined with other pruning and training techniques. Outdoor growers can use monster cropping to create new generations of huge, bushy clones, as well. This technique may be more difficult to master than ordinary cloning, but it’s worth the effort. 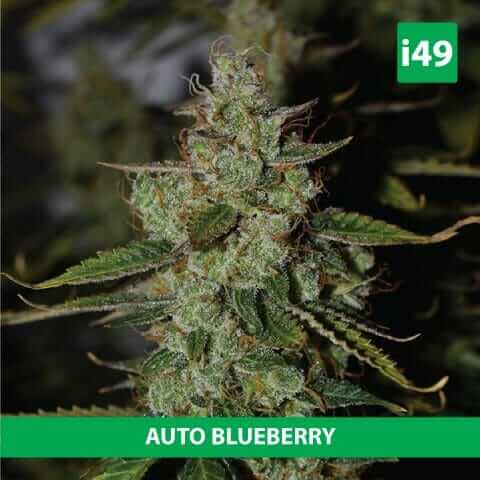 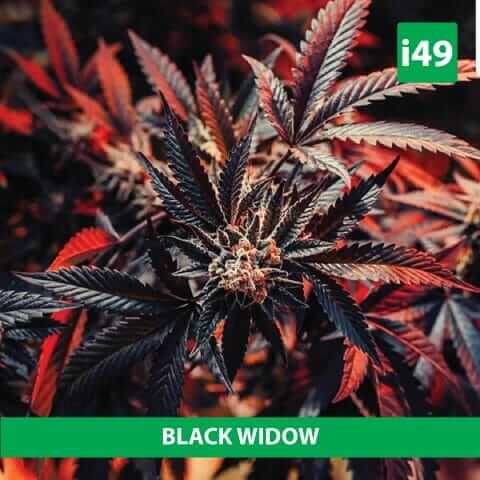 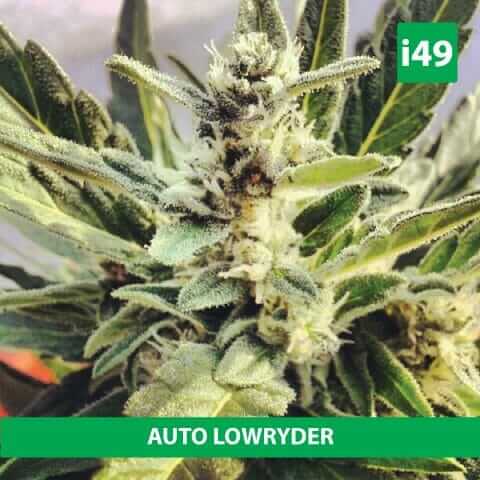 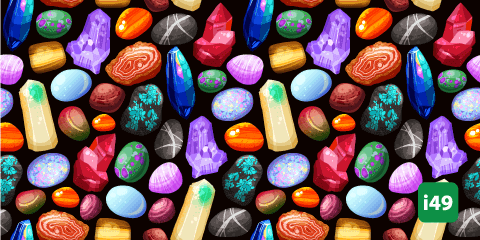 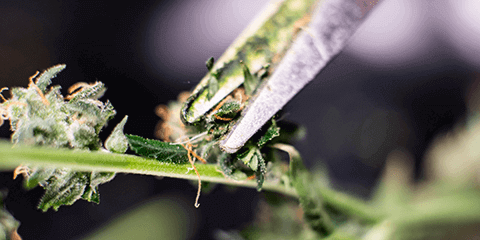