Topping is a common horticultural technique that involves removing the top part of a plant to promote lateral growth. It’s particularly common among marijuana growers because topping doesn’t just improve a plant’s appearance and keep it manageable. It also increases yield.

Many novice growers are put off by the idea of cutting off pieces of their plants and tossing them in the compost. It may sound counter-intuitive at first, but this technique can be quite effective when properly applied because it increases the number of colas the plant can produce and maximizes their access to light. The end result is a bushier plant with more branches, more leaves, and bigger buds.

When to Top Plants

Growers can begin topping their plants as soon as they are large enough to withstand the minor damage incurred during pruning. As a general rule of thumb, it’s best to top plants as early as possible to minimize negative impacts on the plant’s growth. Most cannabis plants are ready to be topped when they reach around 10 inches in height.

It’s important to be sure that the plant is large enough to withstand topping, even if it’s quite tall. Take a look at the plant’s internodes. It should have at least four or five internodes and be showing signs of secondary growth near its lowest nodes. Seedlings that are topped too young may experience a dramatic decline in growth, so when in doubt, wait until they have produced several sets of fan leaves and, if growing in a pot, have begun to grow roots through the drain holes.

The exception to this rule is cloned plants. Clones should be topped as soon as they have properly taken root and started to grow. Growers can trim the meristematic growth on clones to induce new stem formation. Topping it low enough will cause the plant to produce four new shoots, while topping closer to the top will divide it into two shoots.

It’s important to only top young plants. Topping during the later vegetative stage will retard growth and produce only a minimal increase in yield. Topping during the flowering stage can actually decrease yield because, at this point, the plant is already spending most of its energy on bud development. Diverting that energy to new stems is never a good idea.

Which Plants to Top

Topping and pruning, more generally, are techniques that should be reserved only for healthy plants. If a cannabis plant hasn’t been receiving sufficient light or nutrients and has a long, leggy stem, it most likely won’t be strong and healthy enough to withstand pruning.

Not all strains of marijuana respond well to topping. Topping short, slow-growing indica strains can still increase yield by around five ounces per plant, but some growers feel that it’s not worth further retarding their plants’ growth. Fast-growing, tall sativas are almost always good candidates for topping.

It’s also important for growers to take account of their skill level before attempting this advanced technique. Those who have never pruned a plant in their lives may want to start with a trial run. Top just one or a few of the plants instead of topping all of them. This will not only give novice growers a chance to evaluate their skill without placing their entire crops at risk but will also allow them to see first-hand how much of a difference it can make on their yield.

How to Top Plants

Once growers have determined that their seedlings or clones are large and sturdy enough to be topped, the actual pruning process is relatively easy. Just sterilize a pair of sharp scissors, a knife, or a razor blade, then use it to cut the stem above the newest node on the plant’s main cola. This will allow light to reach the two new main colas and encourage them to grow.

Within a few weeks, the new colas will become dominant and grow into a V shape. They can be topped again once they have established dominance to produce four colas. Some growers go even further and top their plants three times in a process known as manifolding or mainlining. Growers who are topping their plants for the first time may want to stick to just one cut, though.

It will take some time for the plant to recover. Growth usually slows down for a few days, but within two to three weeks, the plant’s new colas should be healthy and experiencing vigorous growth. Just make sure to keep an eye out for signs of disease during this period, as any pruning does come with a slightly increased risk of disease, even when performed with properly sterilized tools.

Topping is just one of many techniques for increasing yield, but it’s a relatively easy one to master and it consistently produces results in both indoor and outdoor grows. It’s particularly useful in indoor grow rooms where space is a priority and plants must be kept a consistent distance from the grow lights.

Topping a plant doesn’t just allow light to fall on the newly developing colas, encouraging them to grow larger. It also allows plants to absorb more light throughout the rest of the vegetative phase. As the new colas develop leaves, they spread out on a diagonal instead of growing directly upward. That means more surface area for photosynthesis.

Home growers, who are subject to stricter regulations regarding the number of plants they are allowed to cultivate whether they grow indoors or outdoors, will also appreciate the fact that topping their plants allows them to grow more marijuana. That doesn’t mean large-scale commercial growers shouldn’t top their plants, though. Not only will they see increased yields from each plant, but they’ll also harvest more high-quality buds.

When marijuana plants are allowed to grow naturally without any pruning or training, they produce one large stem with one large bud and many smaller stems. While these non-dominant stems do produce flowers, the buds will be small and leafy, reducing their market value to next to nothing.

Every grower should familiarize him- or herself with basic pruning techniques. Topping is one of the most straightforward methods, but that doesn’t mean it’s completely without risk.

The most serious risk associated with topping marijuana plants is the spread of disease. That’s why growers should always sterilize their instruments and wash their hands before getting started. Proper sanitation doesn’t cut the infection risk down to zero but it does reduce it to an acceptable margin.

If done correctly, topping can actually reduce plants’ risks of developing serious diseases later in their growth cycles. Since topped plants produce multiple smaller buds instead of one giant bud, they’re not as likely to develop bud rot or other climate-induced diseases. This resistance is especially good news for outdoor growers, who often have more difficulty with disease sensitivity.

A second risk associated with topping plants is that the additional colas may add so much weight to the plant that it splits the stem. Growers can avoid this problem by taping the stem directly beneath the highest nodes. Those who opt to top their plants more than once may also want to give the extra branches some support by either tying them or staking them.

How to Tell if It’s Working

Looking for a more encouraging sign that topping the plant has produced the desired results than just noting its slowed growth? Look no further than the leaf nodes.

After topping, the connections between the stem and the top nodes should become enlarged. This indicates that the plant is beginning to route more of its energy to both of the new colas. Over time, this will make it easier for it to deliver all the necessary building blocks of life. Growth will speed up, the colas will become thicker, and eventually, each of them will yield a substantial bud.

There’s a common misconception among even experienced growers that topping and fimming, two slightly different pruning techniques, produce exactly the same results. This is not actually the case. Most experts cite topping as the preferred method for increasing yield, as topped plants have a more stable branch structure than plants that have been trained using fimming.

All the warnings about topping plants listed above aren’t intended to put off novice growers from giving this useful technique a shot, nor are the following common mistakes. Instead of getting anxious about this ultimately pretty simple process, learn from others’ mistakes to ensure success the first time.

Topping a plant before it has developed at least three to four nodes is never wise. It almost always retards growth more than topping at the right time and in some places, it can leave the plant stunted and offset any advantage that growers would have gotten by increasing the number of colas their plants produce. Err on the side of caution and wait until the stem has produced four or five new nodes.

Some growers overstress their plants by cutting too much off the top. While topping down to the third set of nodes is a commonly used technique for creating short manifolds, it also places the plant under much more stress than topping to the fourth or fifth node. As a general rule, the more of a plant a grower removes at once, the more stress it will be under. Those who want to give manifolding a shot should wait until the plant has grown a minimum of six nodes, while those who just want to try regular topping should cut the plant higher.

Growers should be careful not to damage the plant’s new growth tips when topping it. It’s better to err on the side of caution and leave a little extra stem above the nodes. Taking this precaution will both ensure that the nodes are not damaged and help prevent the stalk from splitting when the new stems start to thicken.

If a plant’s stalk seems likely to split, growers may need to give the new stems a little reinforcement. There are right ways and wrong ways to go about it, though. Growers should never use string or thin wire to secure or support their plants. Over time, the stem will grow and the string or wire will slowly cut into its outer layers, causing damage and creating an opportunity for disease vectors to get in. Instead of thin-gauge wire or string, use plant ties or thick hemp twine.

Only healthy young plants should be topped. Topping a sick or slow-growing plant will only further retard its recovery or growth. Instead of focusing on pruning, give the plant some extra TLC by making sure it’s receiving sufficient nutrients and light. It can make the difference between a small yield and no yield at all.

Topping cannabis plants is a great way to increase yield, decrease height, and make plants easier to work with, especially in indoor environments with limited space. There are some risks associated with all pruning techniques, but when they top their plants at the right time on the right plants with sterilized tools even novice growers can reduce that risk to an acceptable margin. Those who are nervous about crop losses can always start out slowly by topping just a few of their plants. Experimenting on a small scale will give them a feel for the process and allow them to see how it works without risking their entire crop. 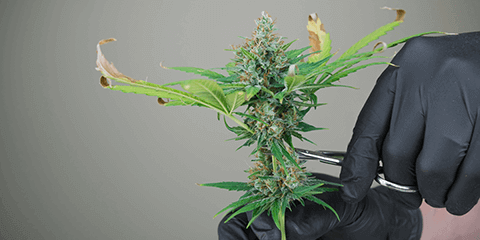 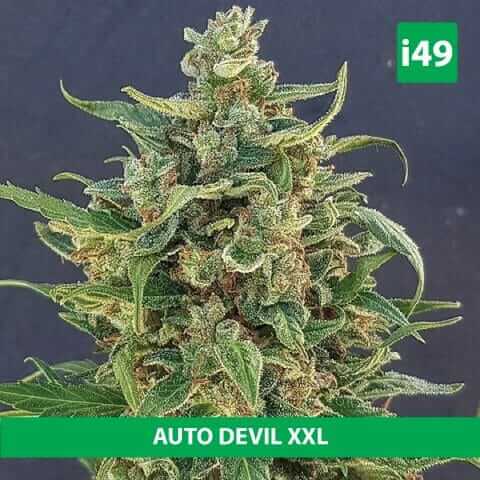 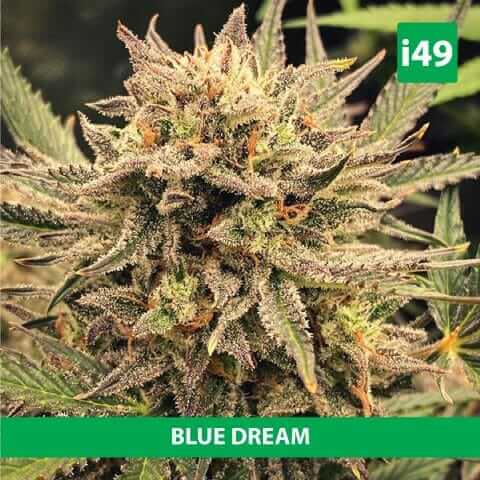 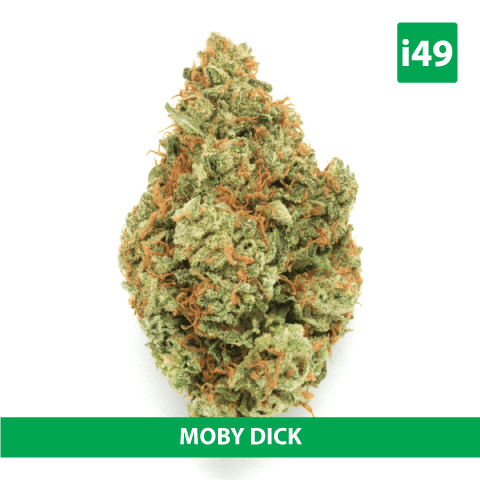 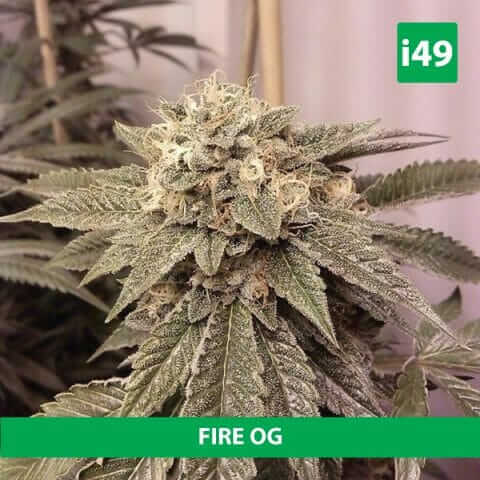 April 22, 2021 | Hydroponic Growing
The Ultimate Guide to Growing Marijuana Using Hydroponics Cannabis growing has come a long way since then as people have experimented and pe...
Read more