Are Snails a Problem Worth Fighting?

Snails are the only mollusks that live in water and on land. On land, they crawl slowly, leaving a trail of slime on which they slide. The land snails can be roughly divided into slugs and shell snails. There are snails all around the world, even in the seas of the Arctic and the Antarctic. They can be less than a millimeter. One species of snail in the Indian Ocean also reaches a length of up to 90 centimeters. The individual types of snails are very different from each other. The same applies to everyone: As with all mollusks, the body consists of the head, the foot, the visceral sac, and the coat. Every other aspect will vary from species to species.

The snail is the most well-known shell animal on the planet. You can see a dark spot on the feelers; these are the eyes. Casing screws on their back corresponds to the shell of the mussels. They retreat there when they are dry and seal the opening with a thick layer of mucus. Land snails also do this to survive the winter. The visceral sac always stays in the shell.

The housing of the slugs has disappeared in the course of evolution. There is only something like a healthy skin left, which is called the “coat.” The visceral sac is under the coat. The head and foot look like one piece. All snails have antennae, but only a few have eyes and scientists call them “mug eyes.” These are depressions in the skin in the shape of a cup. There are up to 30 visual cells on its surface and the light always falls on only a part of these visual cells. This allows the snail to see where it is lighter or darker. The eyes are like black dots on the top of the feelers.

All snails are deaf, but at least the land snails can smell very well. However, they do not have a nose, but individual cells with which they can smell. These cells sit mostly on the front half of the body.

How do snails live?

Snails fear the sun. That is why they are often out at night or dusk. Land snails move very slowly. They put a slime “carpet” under them on which they can slide. This slime mat also protects them from sharp surfaces. To move forward, they lift their body at the back so that a fold is created like a carpet. This fold lets them move forward to the head. Then the next fold follows. You can observe this very nicely by making a snail crawl over a glass plate.

Land snails do not tolerate drought or sun. As a result, they are particularly active at dusk, at night or when it rains. When the sun shines, they retreat to the shade so that they do not dry up. They also spend the winter as deep as possible because there is little freezing in the ground. Casing snails retreat into their housing and close the entrance with a thick layer of mucus, which then becomes hard.

Snails can neither flee nor defend themselves, which is why they have many enemies: hedgehogs, moles, shrews, frogs, toads, slow worms, salamanders, grass snakes, and many birds. They provide a lot of protein, much like fish. In times of hunger, there are many more animals that prefer to eat snails than nothing, such as foxes.

When people used to go hungry, they also ate snails. Today they only eat the snails as a delicacy. This species of snail is protected by law. However, people are allowed to breed them. Such breeding facilities are called snail farms.

How do snails feed?

No snail has real teeth, but each of them has a rasp tongue. The land snails scrape off cannabis parts with a file-like motion. What they get in their mouth is fine enough that they can swallow it and digest it. Snails are the horror of og kush seed gardeners. They first eat everything on the auto zkittlez or strawberry kush strain marijuana plant that is tender. Then they also go over the stalks. Whole crops can disappear in one night. There are also flowers that they love very much. Their strong smell magically attracts the snails.

There are also snails that eat carrion, which is dead animals. These snails have small rasp teeth. The sea cone snail, for example, has few small teeth like spearguns with which it injects a poison into its prey. This paralyzes the prey and the snail can then consume them.

How do snails reproduce?

Most snails are bisexual, so there are males and females. In fact, so are all sea snails and some freshwater snails. Their hatchlings develop as larvae that swim freely in the water. Land lung snails are hermaphrodites. They include the snail and the red slug, which lives in Switzerland and is also called the horse snail. With these snails, every animal is male and female at the same time.

Hermaphrodites, when mating, will have one animal sliding itself into the other and releasing sperm, then they change roles. Both snails can then carry fertilized egg cells, which develop into eggs. Each animal then digs a small hole in the ground and lays the eggs. These develop independently until the small snails’ hatch. They are immediately independent and begin to search for their own food. As a quick side-note, here’s where you can check out our grow guide article on hermaphroditic cannabis plants.

Do snails harm nature and humans?

Nature knows no pests because everything benefits the cycle of life. Snails and their eggs serve as food for many creatures. That is why snails are essential for nature.

When people grow fields or gardens, they intervene in nature. There the snails multiply very quickly because they are able to find a lot of food. Also, the snails’ enemies are often missing in these plantations because they no longer find natural habitats there. Then the snails take over and eat everything bare.

Weed seed growers and farmers, therefore, have to do something about slug pests. Some gardeners take advantage of the fact that snails need moisture and they lay out boards or bricks, under which the snails hide. The gardeners then collect them there.

You can also get specific animals that eat the snails such as various quail or ducks that have proven themselves successful snail eaters so far. But it is also useful to design the garden in such a way that hedgehogs or slow crawlers, for example, feel comfortable in it as well.

Snail venom is very useful. The problem is that the poison also gets into the environment, for example, slow worms eat snails that have just swallowed snail poison therefore becoming poisoned themselves. In the protection of the dark, whole hordes of nudibranchs crawl out of their hiding places in many gardens and look for flowers and vegetables. Especially in wet weather, they can hardly be stopped in their urge to eat.

Almost 90 percent of the damage caused by eating in vegetable patches and flower beds comes from the Spanish slug (Arion Vulgaris). It was introduced to Germany in the 1960s and has almost no natural predators there. Toads, hedgehogs, and birds, who usually like to eat snails, avoid them. The animals release so much mucus that the beneficial organisms would suffocate. From the outside, the Spanish slug can hardly be distinguished from the native red slug (Arion Rufus).

The slug still has a natural enemy in the tiger snail, a 10 to 20 cm long slug from the snail family. This beneficial insect not only destroys rotting sativa or indica parts and dead animals, but also the eggs of other slugs. It is even said to attack other snails. Tiger snails should not be killed under any circumstances.

It is, of course, best if the snails do not even get to the medical pot seeds or white widow autoflower strain plants in the first place. The combination of the following methods is an effective approach:

In autumn, garden owners who are growing cannabis in the yard or greenhouse should make provisions for the next year because the snails take care of their offspring in late summer and autumn. Each snail lays up to 400 eggs. Certain places are preferred, such as under the rain barrel or in cracks and crevices on the garden floor. These locations should be found, and the eggs removed.

Collect many snails at once with salad traps. If all the precautions have been of no avail, there are several ways to get rid of the slugs. Beer traps are not recommended. These attract masses of snails, which then fall into the beer and drown. But unfortunately, the smell also attracts the snails from neighboring gardens and thus increases the problem. 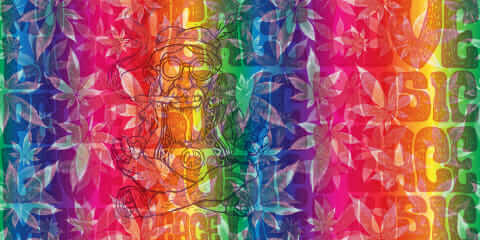 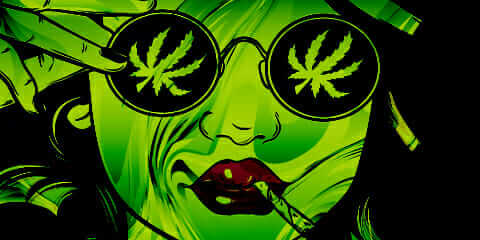 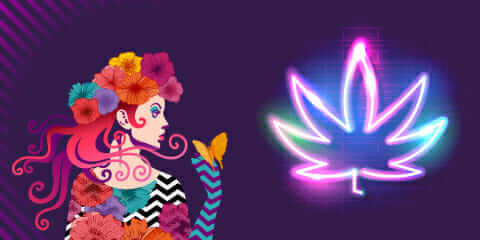 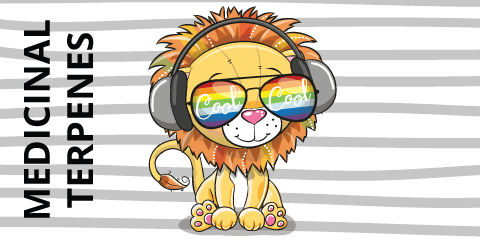 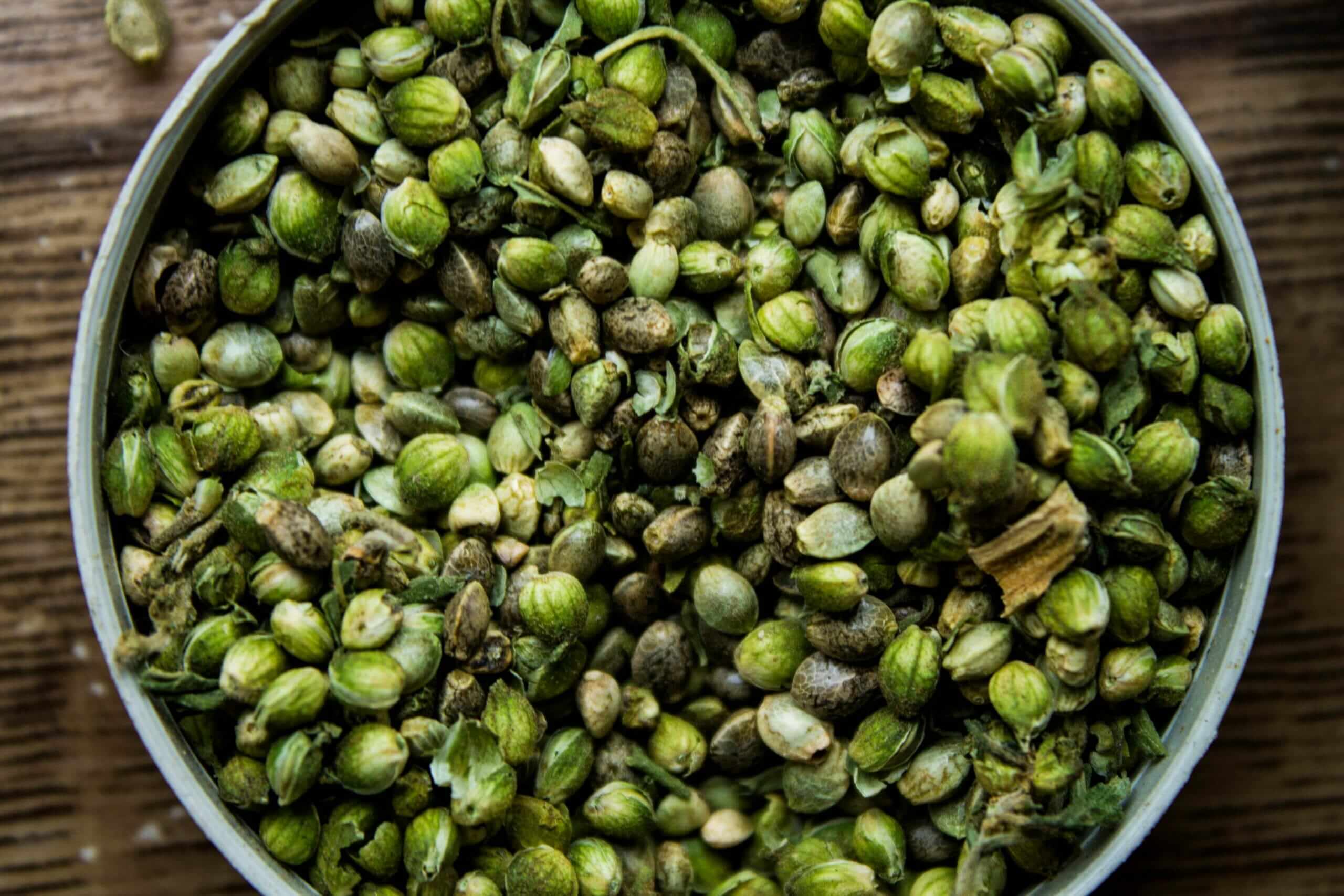