Iron may be a trace nutrient, but that doesn’t mean a small amount of it isn’t essential to growing healthy marijuana plants. Iron plays an important role in chlorophyll formation and aids in nitrogen uptake, so without it, plants can’t store enough energy to facilitate efficient growth. Unfortunately, iron deficiencies are surprisingly common in marijuana plants. Read on to find out how to identify iron deficiencies in cannabis plants, how to solve them, and how to avoid them, to begin with.

Treating iron deficiency effectively requires taking immediate action. The symptoms of an iron deficiency are similar to those of other mineral and nutrient deficiencies, so growers need to pay attention to the issues as they arise.

Since it’s important to catch and treat iron deficiencies early, growers should keep an eye out for early warning signs. The most obvious of them is a yellowing of the leaves in which the veins remain dark green. This yellowing starts at the top of the plant, but left unchecked, it will work its way through all the leaves from the top down.

As iron deficiencies progress, the yellowing spreads to the whole leaf and, eventually, the rest of the plant. Yellowed leaves can’t collect chlorophyll for photosynthesis, which also affects plant growth. Eventually, the yellowed leaves will drop off and the plant will stop growing, entirely. Marijuana plants impacted by iron deficiency will produce only minimal buds compared to healthy plants of the same size, so growers should aim to catch it early and treat the problem before it advances in order to protect their yields.

To treat an iron deficiency effectively, growers first need to determine the root of the problem. There are many reasons that marijuana plants might develop iron deficiencies. Keep in mind that there may be more than one underlying problem to blame, so don’t rule anything out until all the following issues have been addressed.

Iron can be found in just about any soil in trace amounts, but if the plant’s roots can’t absorb it, it won’t do them any good. When plants are grown in poorly drained soil, the roots don’t receive enough oxygen. This makes it more difficult for them to take up the minerals and nutrients they need to grow, including iron.

Container growers can avoid drainage problems by purchasing high-quality potting mixes. Look for one that contains a lot of organic matter and offers optimal water retention. It is still important to follow an optimal watering schedule, since over-watering has similar effects even in well-drained soil, but a good potting mix should at least eliminate drainage problems from the equation.

Growers who plan to put their plants directly in the ground need to get a little more creative. Evaluate the soil first to make sure it isn’t clay-based. Clay-based soils have notoriously bad drainage, so growers will have to either amend them substantially before putting their plants in the ground or import soil for their gardens.

Excess of Other Minerals or Nutrients

If other minerals or nutrients are highly concentrated in soil or hydroponic media, it can lead to iron deficiency even when there’s plenty of iron to be found. That’s because the buildup of other nutrients and minerals, including zinc, calcium, copper, manganese, and phosphorous, blocks the plant’s iron uptake. That’s why growers need to use balanced fertilizers, plant foods, and nutrient mixes.

Marijuana plants experience optimal iron uptake when the soil pH is between 6.5 and 6.7. Neutral or alkaline soil, often caused by the excess application of fertilizer, will inhibit iron uptake. While maintaining soil pH within these restrictive confines takes some extra work, it also benefits the crops by making other essential minerals and nutrients more bioavailable. Buy a pH meter and use it to check the pH levels in the soil regularly, not just when the plants are showing signs of stress. It’s the best way to maximize nutrient uptake to encourage optimal growth.

Coco coir is a fantastic grow medium, but it requires substantial treatment and amendment to create a healthy, nutrient-dense environment for marijuana plants. Unlike soil, coco coir lacks organic iron. Plus, it tends to have a high EC, which can negatively impact mineral uptake. Buy coir that has been treated to create a neutral grow medium and apply well-balanced fertilizers or nutrient mixes that have plenty of iron to avoid the problems caused by using coco coir instead of soil.

Solutions for an Iron Deficiency

Now that growers know how to identify symptoms of iron deficiency in plants and the underlying problems that cause them, it’s time to talk about what they can do to fix the problem. In an ideal world, prevention would always be the cure. If the plant’s new leaves are already yellowing, quick action will be needed to restore them to health. Here’s what to do:

If the iron deficiency is caused by a nutrient or pH imbalance, the best way to address it in either a soil-based or a hydroponic system is to flush the plants and re-apply a healthier mix of nutrients. Growers should use water with a pH of six and perform multiple flushes to ensure that all the excess nutrients and minerals in the soil that are causing iron lockout have been removed. Then, just apply a well-balanced nutrient solution designed specifically for marijuana and check the pH to ensure that it’s back in the optimal range.

Soil amendments like compost, fertilizer, and elemental sulfur are rich in iron and other nutrients. If applied correctly, they can also stabilize soil pH and even reduce drainage problems.

Compost will decrease the pH level by 0.1 to 0.2. Add three to four inches of compost to the top of the soil and, if possible, work it in 6 to 12 inches. Working compost into the soil instead of leaving it on top will help to alleviate drainage problems.

Commercial fertilizers are designed to create a more beneficial growing environment for plants by lowering the soil pH and introducing essential nutrients, but cannabis growers need to be careful. If they over-apply fertilizer, it can actually exacerbate iron lockouts. Look for a fertilizer that contains either ammonium sulfate or urea in addition to nitrogen, phosphorous, and potassium.

Elemental sulfur provides a long-lasting cure for iron deficiency by lowering the soil pH, but it needs to be applied in advance. Growers who have noticed problems with iron lockout should work elemental sulfur six inches into their soil at the end of the season to prepare the way for next year.

Before applying any of these amendments, growers should flush their soil to provide a blank slate. Even if the current season is over and growers just want to pave the way for better growth next year, they should still perform at least one flush before working in amendments.

Since it takes a while for the methods described above to take effect, many marijuana cultivators turn to iron chelate sprays for a temporary, intermediate solution. Spraying iron chelate on yellowing leaves helps to restore chlorophyll. If cannabis growers apply iron chelate as soon as they notice yellowing new growth, it will turn the leaves green again so they can continue to photosynthesize.

The downside of iron chelate sprays is that they only affect current growth. As new leaves form, the underlying iron deficiency will still cause them to yellow, and growers will have to reapply the spray each time they notice new leaves coming in. Provided they have also flushed the soil and restored a healthier balance of nutrients and minerals, iron chelate does give growers an easy, effective way of preventing further damage while the soil amendments take effect.

When it comes to immediate action, some growers swear by a method referred to as “prune and pray.” They cut off the affected leaves in an effort to stop the spread of iron deficiency. Although pruning is a great way to maintain plant health, it won’t do much for iron deficiency. Just address the underlying problem instead.

Healthy marijuana plants need iron to grow and thrive. They uptake this essential mineral in small quantities through their roots, so problems with drainage, pH levels, or nutrient lockout can all get in the way. Check the plants frequently for signs of yellowing in new leaves, flush the soil or grow medium immediately, and apply a healthier balance of nutrients and minerals to resolve the problem. Use iron chelate in the meantime to ensure that new leaves can photosynthesize. These steps should solve most problems with iron deficiency before they can decimate the crops. 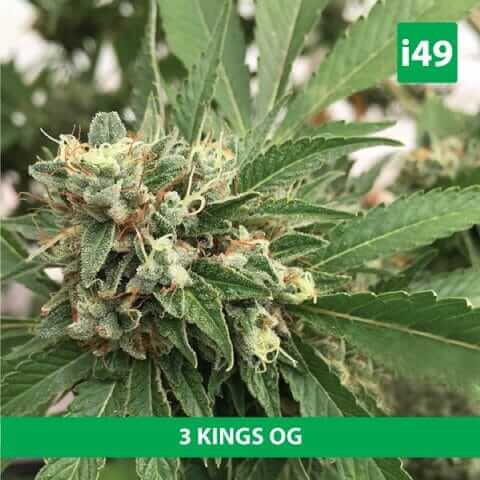 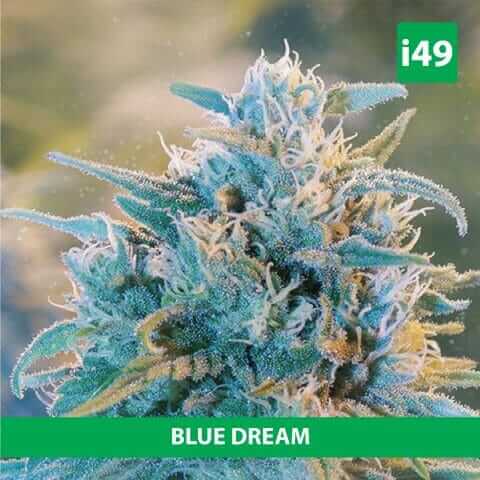 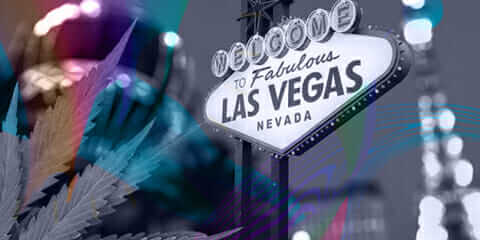 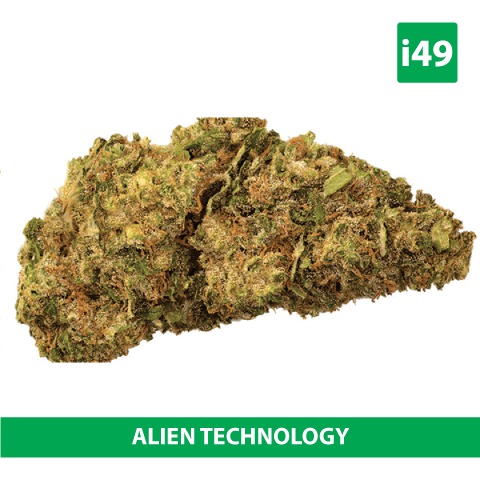 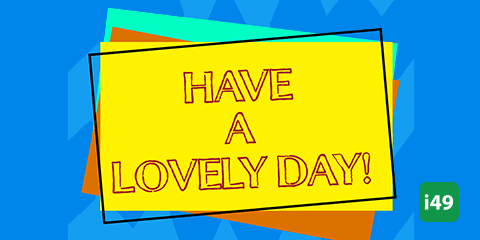 How and When to Harvest Cannabis Plants

May 5, 2021 | Soil Ammendments
How and when to harvest cannabis plants Growing quality weed is a long and intensive process, but it's only half the battle. You need to kno...
Read more