Cannabis for the Treatment of Diabetes

Despite the lingering social stigma associated with its use, diabetics are discovering the benefits of medicinal cannabis. Now that it’s legal in many areas, we are taking a wider look at the topic and its related research. Here, you’ll learn how cannabis is used to treat diabetes.

An initial report published by the AAMC (American Alliance for Medical Cannabis) showed that cannabis may have certain benefits for those with diabetes, such as:

Evidence of these benefits has been discovered, corroborated, and expanded in the past few years. With an uptick in research, more benefits may be found.

Researching the Links Between Cannabis and Diabetes

Though the role of cannabis in the reduction of type 2 diabetes risk is up for debate, some studies show that it can help those who are diagnosed with and suffer complications from type 1 or type 2. A study from the American Journal of Medicine found that:

The study’s most startling discovery is that marijuana users had more efficient carbohydrate metabolism than those who didn’t consume cannabis. These users had lower insulin levels when fasting, and they weren’t as resistant to the insulin their bodies produced naturally.

A 2014 summary also found that in several thousand subjects, current and past cannabis use was linked to lower blood glucose, fasting insulin, BMI, and waist circumference. In 2015, researchers in Israel released study results that showed the anti-inflammatory properties of CBD could be used to treat type 2 diabetes and other illnesses.

Scientific evidence shows that marijuana may treat other diabetic complications such as eye disease. For instance, cannabis may reduce intraocular pressure in those with glaucoma, which is due to diabetic retinopathy and other issues that inhibit circulation to the eyes.

Why Should Users Turn to Medical Cannabis?

While most people discourage the use of illicit substances, there’s a lot of discussion about the medicinal benefits of cannabis. Most of the talk is focused on the endogenous cannabinoid system, which may be one of the most important ways the body regulates its health.

Endocannabinoids and receptors are found in the body’s immune cells, glands, organs, connective tissues, and in the brain. In each of these tissues, the system performs certain tasks, but the objective is the same: the maintenance of stability despite external changes. Cannabinoids encourage homeostasis at every stage of life, from the microscopic to the macroscopic. Therefore, advocates believe that regular, controlled doses may soothe and regulate the function of the body’s most important healing system.

How Does Cannabis Help Diabetics?

If a diabetic uses marijuana or is considering doing so, how would it affect their condition? Many patients say that, with regular consumption, their blood sugar and A1c levels gradually decrease. Existing evidence demonstrates the effects of cannabis on insulin resistance, which may help those with type 2 diabetes.

As previously mentioned, there’s significant evidence showing that cannabis effectively treats chronic pain, sleep disorders, and other conditions linked to diabetes. Both sativa strains like blue dream and Indica strains like og kush have their place in treating a myriad of different symptoms. If you’re dealing with diabetes-related conditions, marijuana may help with pain or delay the progression of the disease.

There’s also evidence that cannabis may help to treat mental conditions ranging from PTSD to clinical depression. Why is there such a strong link? A 2015 study showed that cannabis use in lab animals helped to restore the brain’s endocannabinoid levels, which helps to reduce anxiety and pain while increasing overall well-being.

Cannabis isn’t a one-size-fits-all solution, however. Some with depression don’t do well with the medication, as it increases feelings of paranoia and anxiety in some patients. Hypoglycemia is one of the biggest risks for diabetics, as there’s concern that a patient’s glucose levels may drop without their knowledge.

In short, cannabis may help a diabetic feel better and reduce their blood glucose level, but like other medicines, it should be used with caution. The medical community agrees that more research is necessary to establish the risks and benefits of cannabis use among diabetics.

The Legality of Cannabis as a Diabetes Treatment

Depending on where you live, you may be able to legally use marijuana to treat conditions associated with diabetes. Though recreational usage is still against the law except in 11 states and the District of Columbia, medicinal use is more widely accepted. As of now, 33 states have medical marijuana laws.

For instance, Californians with a doctor’s permission can now possess up to eight ounces of dried flower and six full-grown or 12 growing plants. These plants can be grown from either clones or cannabis seeds. How can a patient get a medical cannabis card that gives them legal access? In most places, there are three requirements:

In some areas, it’s relatively easy to find a doctor who will sign the necessary documents and recommend a nearby dispensary. Some states even have delivery services, where a patient doesn’t even have to leave home to get the medicine they need. If you are looking to grow yourself this year, rather than spend extra money on dispensary products, then you can order medical marijuana seeds online through our easy to use i49 store.

As cannabis becomes legal in more places and it gains wider social acceptance, its byproducts are being used more frequently. CBD oils are gaining widespread attention for their health benefits, but their advantages for diabetics aren’t clear.

CBD or cannabidiol oil is derived from the flowering buds from cannabis plants grown from high cbd seeds. The sticky resinous oil is then typically diluted with hemp seed oil, coconut oil, or another carrier. CBD oil may alleviate the symptoms of depression, anxiety, chronic pain, and several other ailments. The oil is usually taken by placing a few drops under the tongue, holding it for at least one minute, and then swallowing. Dosing requirements depend on the condition being treated, but most patients take anywhere from 2.5 to 20 milligrams each day.

The experts say that, like all other over-the-counter supplements, there are certain concerns involved with the use of CBD oil by those with gestational, type 1, or type 2 diabetes. Most of these concerns are related to a product’s type, quality, and potential effects. The biggest worry lies in the risk of drug interactions for those who take insulin and prescribed medications to manage diabetes.

Human clinical studies on the effects of CBD oils on blood sugar levels are slow to come, largely because of marijuana’s continued illicit status. The federal government still classifies cannabis as a Schedule I drug. Researchers do know that the body’s endocannabinoid system affects its response to insulin, which is important for diabetics whose blood sugars could suddenly increase or decrease. CBD medication can be expensive, so growing your own i49 seeds is a great way to cut down the cost and increase your knowledge about how to produce these natural plant-based medications.

Diabetics may experience some benefits from the use of medicinal marijuana with THC. Along with this compound, a cannabinoid known as THC-V is generating some buzz in the industry. THC-V or tetrahydrocannabivarin has been proven to lessen insulin sensitivity in lab mice. A human study done in 2016 found that THC-V, when given to those with diabetes, decreased fasting glucose levels sooner than the placebo. Try strains like cbd jack herer and blueberry autoflower if you want an end product that has moderate levels of both CBD and THC. If you want to stay away from the psychoactive component, then High-CBD seeds like cbd 20:1 are right for you.

More research is needed to determine the safety and value of THC-V for diabetes treatment. If you want to use any cannabinoid as part of an overall treatment plan, consult a physician who can help you safely use cannabis to manage the condition.

Cannabis users suffering from type 1 diabetes, whether they use the plant for medicinal or recreational purposes, should take certain precautions. Like beer, wine, and other types of alcohol, cannabis alters a person’s perception and may make them unaware of blood sugar fluctuations. However, frequent blood sugar checks may help. Though cannabis flower contains no sugars or carbohydrates, snacks and edibles do. Diabetics should bolus correctly when consuming edibles and anything else eaten while dosing with cannabis.

Cannabis and its derivatives show great promise in the treatment of many conditions, and diabetes is no exception. Despite its potential benefits, there are risks, and the medicine should be used with caution. When properly administered as part of a comprehensive care plan, cannabis may assist in the management of diabetes. 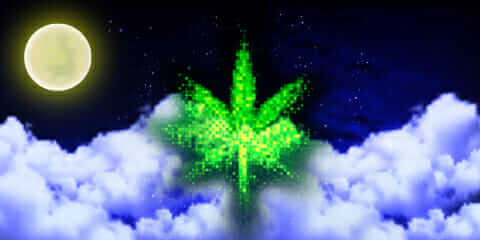 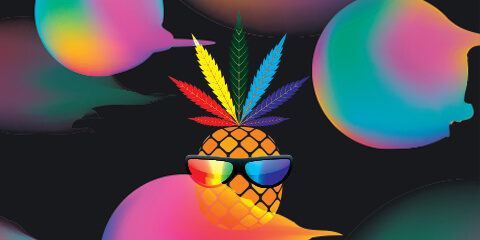 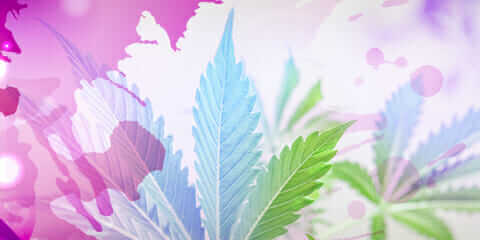 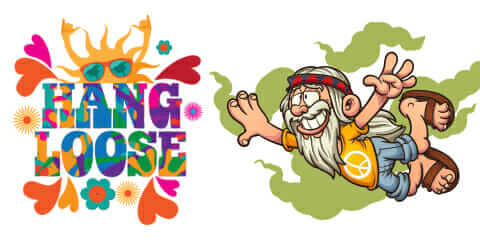 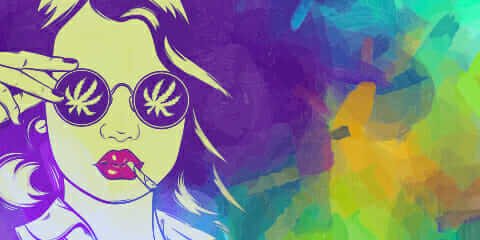 Cannabis and Edibles For Chronic Pain