Sales Hotline +1 (855) 904-4090
Great!
Critical Mass Feminized
Heavy and packs a powerful punch. Cap your night off with this relaxing strain. 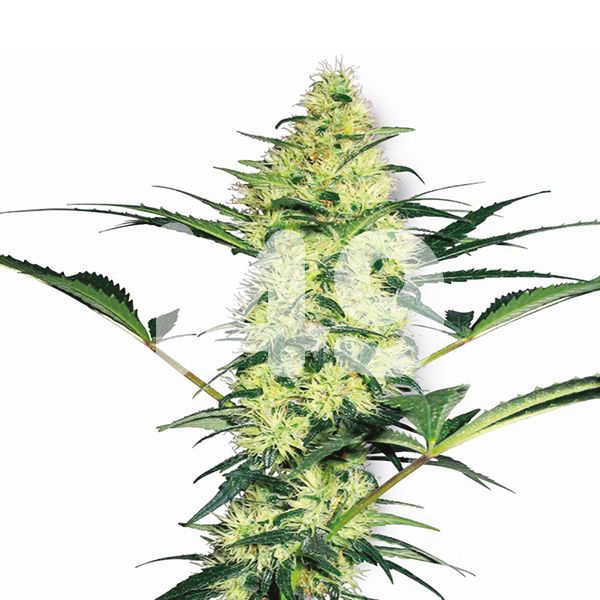 Critical Mass Cannabis Seeds
Buy Critical Mass strain seeds in the USA from I49 Seed Bank! Our selection of feminized, autoflower and regular weed seeds is sure to impress any cannabis grower. If you are looking for the best Critical Mass genetics with fast shipping and various payment methods then look no further than https://i49.net. Call +1 (240) 618-2744 for your next marijuana seed order and experience the I49 difference. 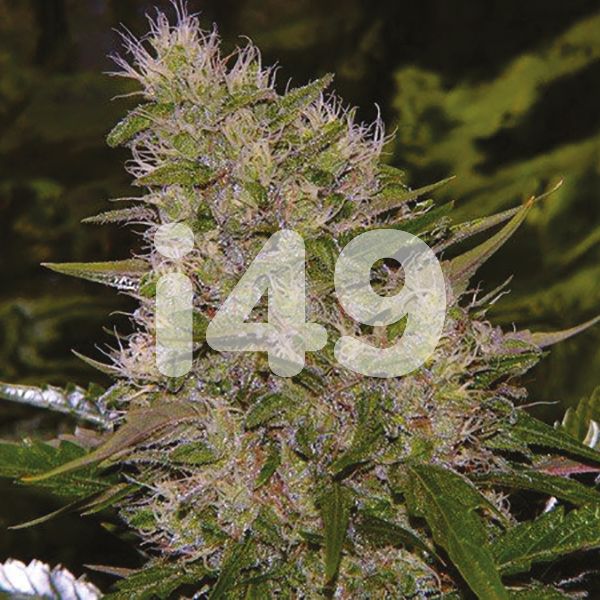 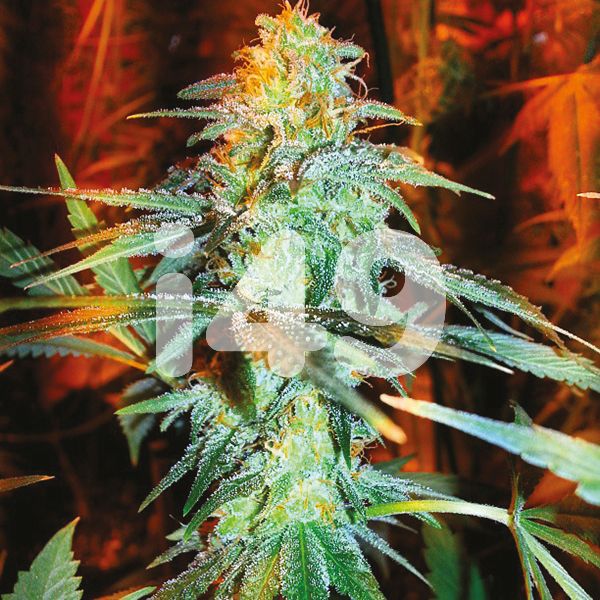 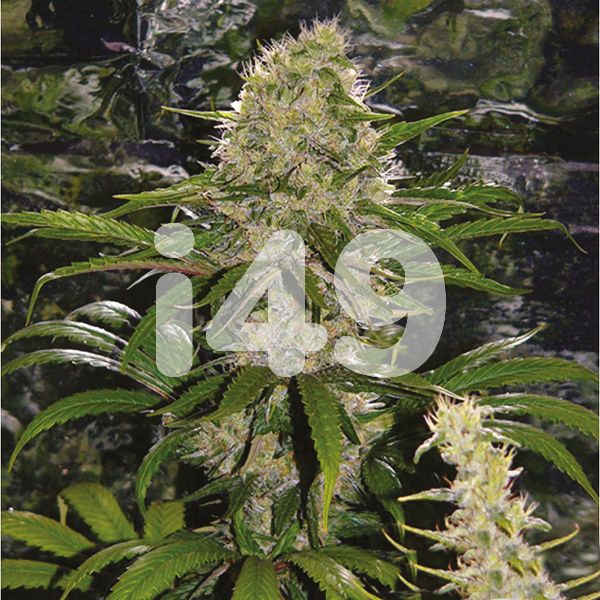 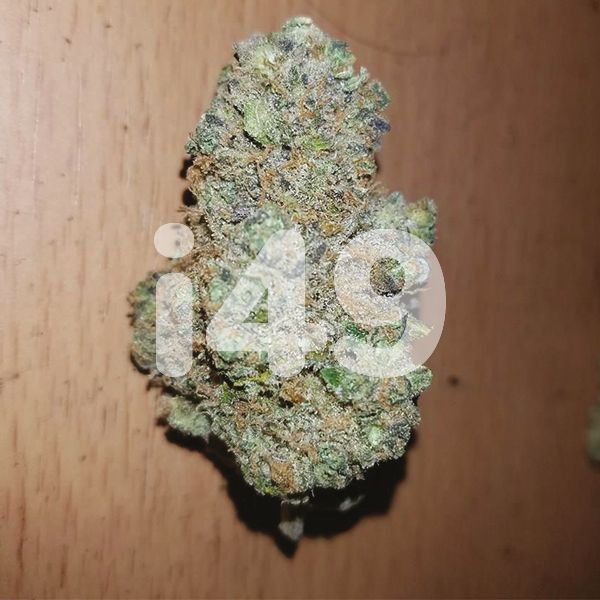 Critical Mass Fem is an Indica-dominant hybrid with up to 65% Indica makeup. It features the premium genetics of two legendary strains - Afghani and Skunk #1. The result is a profoundly relaxing cultivar that soothes bodily discomforts while leaving users feeling happy and calm. Such effects, in turn, can be used to allay a wide range of medical conditions. The cream of the crop, though, is the gigantic, densely-packed nugs. And with care and effort, even beginner growers will be able to score a bountiful harvest.

Growing Critical Mass feminized seeds is a highly gratifying experience. It's relatively straightforward to grow, despite being prone to molds and requiring extra structural support. Still, it's a fantastic option for novice and seasoned cultivators alike.

You'll also love that it's versatile and well-adapted to different growing styles. With proper care, you can rest assured that the plants will lavish you with generous yields.

The morphology of this hybrid is characteristically Indica. The plants are medium-sized, reaching anywhere between 30 to 78 inches in height. They're receptive to the Sea of Green method, enabling you to score an even bigger harvest. Just keep in mind that since the flowers are large and hefty, you'll have to set up wooden stakes for additional support.

Critical Mass also earns high marks in bag appeal. The dense, ultra-massive buds are rendered in a gorgeous light emerald shade and adorned by purple sugar leaves. The orange pistils and the thick layer of crystalline trichomes are also impossible to miss. Just one look at the colas, and you'll already know how exceedingly potent this strain is.

Indica varieties, in general, have a fairly short flowering period. If planted indoors, Critical Mass only needs about 7 to 9 weeks to finish blooming. Meanwhile, if you're growing outside, you can gather the colas by late September to early October. Make sure to harvest on time. If you wait until the cold weather sets in, the plants may end up becoming too damp, which could invite bud rot and, consequently, ruin your ganja.

Critical Mass is best grown in a controlled environment. This is because the plants are susceptible to molds. For this reason, it's important to keep an eye on the temperature and humidity levels, raising and lowering them as needed. Installing a ventilation system and regularly trimming the bushy foliage are also recommended. In addition, don't forget to provide additional support to prevent the branches from snapping under the weight of the heavy colas. Come harvest-time, you can anticipate about 17.6 to 26.5 ounces of gooey flowers (500 to 750 grams) per square meter.

If indoor growing isn't viable for you, then don't worry. You can grow this hybrid outdoors if you live in a dry area with plenty of sunlight. What's important is to protect the crops from the rain and frost. It might seem difficult, but it all boils down to careful monitoring and prompt action. If everything goes as planned, get ready to collect around 17.6 to 21.2 ounces of dank weed (500 to 600 grams) per plant.

Critical Mass is an easy favorite among medical marijuana patients. Aside from its soaring THC levels averaging at 22%, it also holds about 5% CBD, which is slightly unusual among high-THC cultivars. It's perfectly suitable for people who are suffering from physiological and psychological conditions.

The herb does wonders in reducing the symptoms of stress, anxiety, and depression, helping individuals escape from the clutches of mental disorders. It's also intensely sedating and is known to induce drowsiness, making it a godsend for insomniacs. For a deep, uninterrupted slumber, consider ingesting the herb orally a few hours before bedtime. It can also be consumed as weed-infused tea for the ultimate nightcap.

This Indica-heavy hybrid boasts potent pain-killing and muscle-relaxing properties. As such, it's the go-to of individuals tormented with chronic pain, muscle spasms, and arthritis, among others. For fast-acting relief, go for inhalation methods like smoking and vaping.

Much of the therapeutic benefits of this strain derive from its unique terpene profile. It's packed with limonene, ocimene, and beta-caryophyllene, and also contains a host of other terpenes in smaller amounts. These aromatic compounds deliver a medley of analgesic, anti-inflammatory, anxiolytic, and antidepressant properties, among others. More importantly, the terpenes also work in synergy with THC, CBD, and other cannabinoids to promote the so-called "entourage effect."

Like any other THC-packed strains, Critical Mass could also trigger unpleasant reactions, especially when consumed in excess. Dry eyes and cottonmouth, regardless of the dose, are to be expected. But if you overindulge, you may experience bouts of anxiety and paranoia. So, if you're already prone to feeling anxious and over-suspicious, you might want to dial down on the dosage. If it still doesn't help, consider looking into less potent strains.

Due to its sky-high THC levels, Critical Mass fem is also a crowd-favorite among recreational marijuana users. It's a great choice if you're looking for something to cap off a tiring work day or simply want to relax and chill.
As soon as the high takes hold, you'll feel an instant uplift in the mood along with a soothing body kick. You may also experience enhanced creativity and focus, although the touch of lethargy might make it difficult for you to do anything else. Most likely, you'll just want to melt into your couch and relish the warm sensation. At the peak of the high, the deep sense of physical and mental tranquility will heighten, followed by sleepiness. Due to the strain's intensely relaxing effects, it's best to reserve it for nighttime consumption.

This mostly Indica strain enjoys a complex scent profile that's bound to make the consumption experience more exhilarating. The dense, extra-sticky buds give off a strong citrus aroma with distinct notes of earth, wood, and skunk. You may also detect a touch of sweetness and smooth honey, which helps temper the orange tang and pungency.

When it comes to taste, Critical Mass is also an instant winner. Smoking it is akin to nibbling on a sweet treat, with each exhale imparting a pleasant citrusy flavor with a touch of skunk.

If you're on the hunt for high-CBD varieties, you'll certainly love CBD Critical Mass Fem. This Indica-dominant hybrid boasts an optimal 1:1 CBD to THC ratio, making it a godsend for medical marijuana patients who are sensitive to the adverse effects of THC. But, it's perfect for recreational users, too. Once consumed, it supplies a mild, full-body high that will send participants to a state of deep relaxation.

Critical+ Fem is recommended if you're looking for something less potent than Critical Mass. Containing anywhere between 12 to 16% THC levels, it's well-suited for beginner cannabis users. Ideal for recreational and therapeutic use, this ganja ushers in relaxation while combating pains and boosting the mood. As a bonus, the flowers smell like ripe lemons and will surely energize you in just a single whiff.

If you prefer an easy-to-grow cultivar, Auto Critical+ 2.0 Fem won't disappoint. Thanks to its hardy Ruderalis genetics, the plants are naturally resistant to moisture, diseases, and pests. So, it's a smart pick if you're looking to grow outside or live in an area with extreme environmental conditions.

Each of these strains is as delightful and rewarding to grow as Critical Mass Fem. Can't decide on just one variety? Well, no one is stopping you from buying everything. You'll be pleased to know that all of them are available here at i49 USA. They're all reliably-sourced and feature only authentic genetics. Rest assured; you'll be getting what you're paying for - and more.

Critical Mass is a pretty loaded term. On the one hand, it refers to the plant's extremely large and hefty buds. In fact, without adequate support, they could cause the branches to break into two. On the other hand, the curious moniker is also an allusion to the strain's genetic background. In essence, Critical Mass is a modern, revamped version of Big Bud - no doubt one of the most iconic strains of the nineties. There are tons of other strains out there with the word "Critical" on their names, but Critical Mass remains the OG and by far the most popular.

During the Internet Age, buying things online - even weed seeds - is a piece of cake. On the flip side, the online marijuana market has also become saturated with disreputable sellers offering poor-quality seeds. Here at i49 Seed Bank, we take pride in our deep cannabis culture roots and passion for customer service. Our premium-sourced seeds are fresh, viable, and guaranteed to germinate. We also package discreetly and ship as soon as we can. Order from i49 USA today and start the harvest of your dreams.
Why Shop With Us 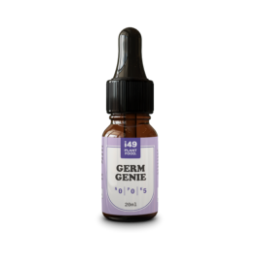 Where can I buy the Critical Mass Fem strain in the USA?

i49 USA sells Critical Mass Fem marijuana seeds online or by calling tel +1 (240) 618-2744. The sales representatives are available from 8am to 6pm PST, Monday to Friday; and from 9am to 4pm PST, Saturday and Sunday.

How can I buy the Critical Mass Fem weed seeds online?

A simple approach is to find an online weed seed bank that sells Critical Mass Fem and place an order through the website. Usually, you can pay with Bitcoin, Cash, Personal check, or Money Order.

How long does it take to receive my Critical Mass Fem weed seeds?

What is Critical Mass Fem good for?

What are the Medical benefits of Critical Mass Fem?