Prepping Weed Without a Grinder

Left Your Grinder Behind? 7 Other Ways to Get Your Weed Ready to Smoke

There’s a reason why weed grinders are so popular: They work very well. Even a cheap plastic grinder will turn your nugs into nice, even granules perfect for filling a bowl or rolling into a joint. Spend a little more for a high-quality grinder made from metal, and things get even better.

Some people might be satisfied with breaking up weed by hand, but most grinder buyers never look back. Unfortunately, even the best weed grinder does have a definite weakness in that it cannot follow you around wherever you go.

Fortunately, there are quite a few other ways to process weed when a grinder is not available. Some of these may even perform better than expected, and near the outcome of purpose-built weed grinders in the following ways:

A grinder will generally do the best possible job of turning buds into a smoke-ready preparation. Whether you left yours at home or have yet to buy one, you do have options other than your fingers. The seven techniques ranked below might not rise as high as a good grinder, but they all have something to offer.

What you need: A shot glass and a pair of scissors.

Probably the single-most commonly recommended alternative to weed grinders is the pairing of a shot glass with some scissors. Although the scissors’ blades will inevitably end up covered in resin, this combination performs more like a grinder than any alternative.

The idea is to get things started by snipping up chunks of weed at the bottom of the shot glass until everything starts moving around freely. From that point forward, the steep walls of the glass and the steady movement of the scissors’ tips should produce fairly even output that becomes finer with time.

In fact, you will probably not even need to pay much attention to the process once you become familiar with it. If weed grinders did not exist, even more tokers would be singing the praises of this technique.

What you need: A pill bottle and one or more coins.

The “shake” that stoners scorn might be made up of unwanted leaves and the like, but shaking itself is not necessarily a bad thing. Jostling, impacts, and vibrations can be used to quickly get buds ready to be smoked.

One of the best alternatives to a weed grinder requires nothing more than a pill bottle with a coin inside. Deposit some weed, leaving plenty of room for movement, cap the bottle, and start shaking.

Like the fabled scissors-and-shot-glass combo, this approach can produce fairly consistent results. You will need to open the bottle to determine when to stop shaking and start smoking those lovely sativa or indica buds, however.

What you need: A straight-edged knife and a chopping board or another cutting surface.

Professional chefs usually approach dried herbs differently, but they sometimes chop them up like vegetables. Yes, weed is stickier than herbs like tarragon and rosemary, but it can still be chopped with some success.

The most important thing to watch for when chopping weed is stray pieces. Vigorous chopping can send little bits of weed flying and end up wasting your too much of your grandaddy purple or gorilla glue 4 auto stash if you are not careful.

If you feel like getting fancy, you can try slicing weed with a pizza cutter or performing surgery on it with a razor. Cutting weed up with a knife-like implement is not always the best choice, but it does have its merits, and is a totally common sense choice if you are already dirtying the kitchen to make some marijuana edibles.

What you need: A Microplane, citrus zester, or cheese grater with fine holes.

The three techniques above enable you to gradually work toward a desired consistency of weed. Using a zester or grater like a Microplane only realistically allows for a single pass, but it can still produce acceptable results.

The most important thing to guard against is snagging a finger in the holes of the grater. Particularly compared to other techniques, it will normally be best to start with fairly large chunks to provide some margin for error.

Don’t try to grate away every last bit of each piece of Strawberry Cough weed, either. Save the remaining chunks for your grinder. Some manufacturers have created wallet-sized grater cards for use specifically with preparing cannabis. Now you never have an excuse to leave home without one!

What you need: A coffee grinder or blender.

Coffee grinders come in two basic types, the blade-equipped style of which can do a reasonable job of breaking up any type of weed, grown from feminized seeds or autoflower seeds. Avoid putting weed in burr-based coffee mills, since they force it through tight spaces that will quickly gum up with resin.

A general-purpose blender can be used in the same way as a blade-based coffee grinder. Relatively large amounts of weed will normally be required to keep everything moving enough that it doesn’t just clump up below the blade.

In a pinch, a stick-style immersion blender can be used to process buds, as well. Put the weed in a glass or cup to keep it from scattering everywhere and check your progress frequently.

What you need: A mortar and pestle.

People have been using mortars and pestles to grind up foodstuffs and medicines for thousands of years. Although one of the more labor-intensive options, a mortar and pestle can be employed to reduce nuggets of weed to any desired consistency.

Rough stone mortars like the molcajetes often used to make salsa will speed up the process but trap a lot of resin. Porcelain mortars can be cleaned more easily and work well, otherwise.

If you choose to use a mortar and pestle on your weed, start with a bit of light pounding. That will break up your dense medical marijuana nugs enough that you can then grind them down as desired with steady, focused movements of the pestle.

What you need: A fine-mesh sieve or colander.

Acting somewhat like a safer cousin of the cheese grater, a wire sieve can be used to make buds smokable. Just rub nuggets against the mesh, collecting the output in a bowl or tray as it drops down.

Since you don’t have to worry about your fingers, you can break down each piece of weed fully before moving on. Overly large chunks, of which there will be some, can also be picked out of the pile and rubbed against the sieve again.

As you might expect, all that rubbing takes a toll on resin levels. Still, using a sieve can be better than nothing when there is no other way to process your weed.

There are Always Options Worth Considering

People who own grinders tend to work them into their weed-related routines quite eagerly. As with anything else, though, there will be times when you want to smoke and your grinder is not available.

The seven techniques above can all be used to convert buds into reasonably regular, much smaller bits suitable for smoking. All of them have enough to offer that they are worth considering when breaking your weed up by hand would be the only other option.

You can also make things a little easier when your grinder is nowhere to be seen in a variety of other ways. Some of the tactics that can make grinder-free sessions more pleasant include:

Should you ever forget your grinder, strategies like these can make the techniques detailed earlier more satisfying substitutes. Although nothing can match the output of a good weed grinder, it is possible to come fairly close by other means. 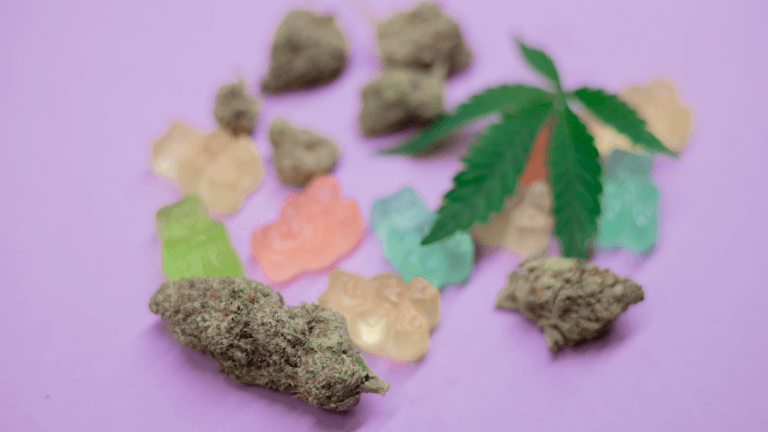 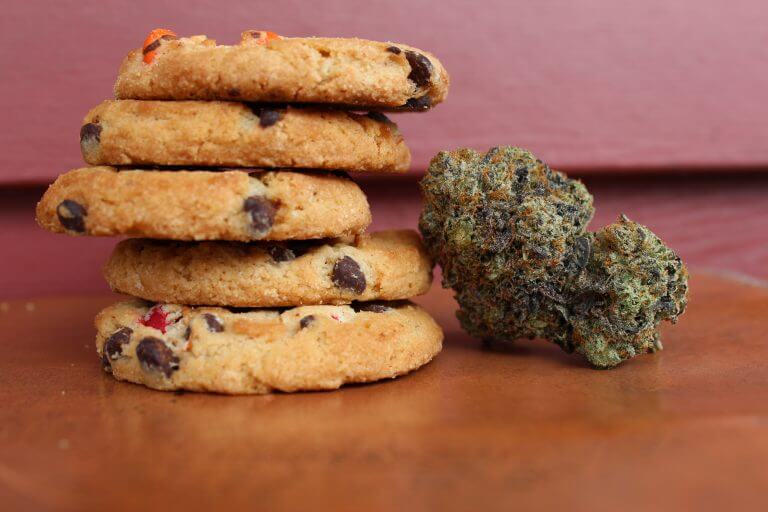 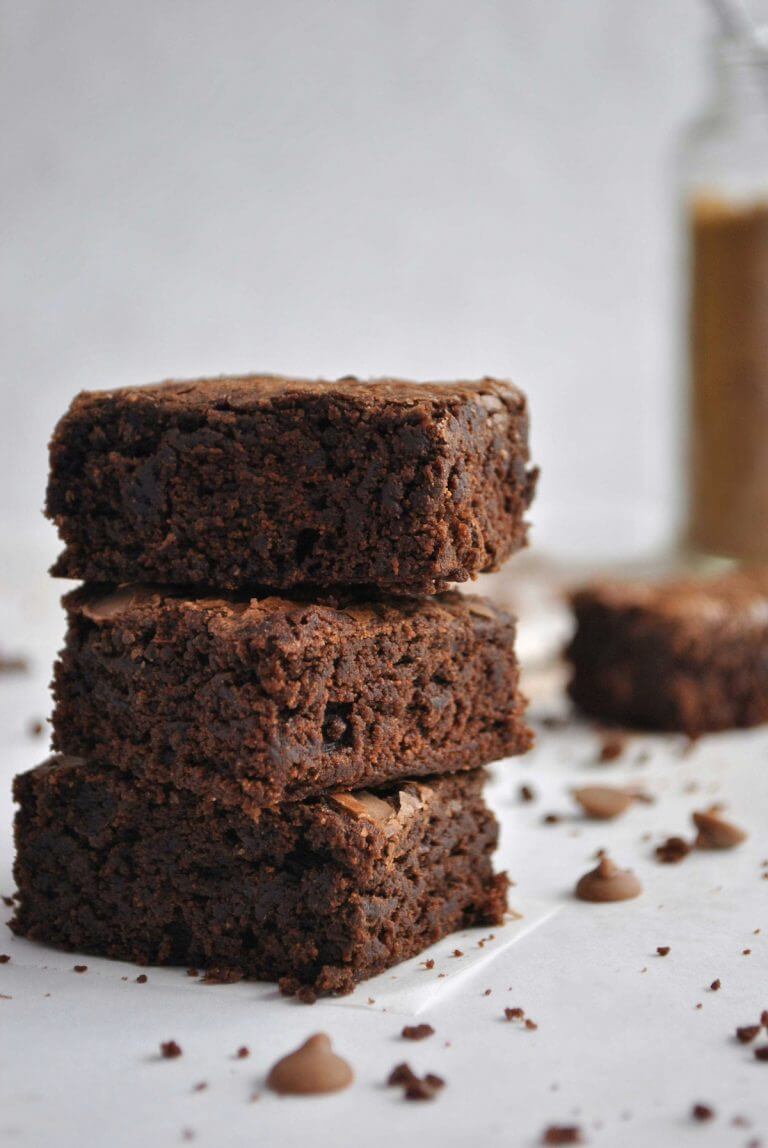