What Should you Grow?
0 Comments

Jervis Bay is one of Australia’s most popular outdoor tourist destinations thanks to its beautiful camping locations, beaches and marine life, and a temperate year-round climate. There’s a lot of confusion among tourists and lifelong Australian residents alike about the status of Jervis Bay, though.

Many people incorrectly believe that Jervis Bay is part of the Australian Capital Territory (ACT). Others assume its location means it’s part of New South Wales (NSW). In fact, Jervis Bay Territory has been a separate territory since 1988 and just happens to fall under the same jurisdiction as the ACT.

What Does That Mean for Marijuana Legalization?

Although laws pertaining to the ACT apply to Jervis Bay, and magistrates from the Capital Territory routinely conduct court activities in this coastal town, residents and visitors shouldn’t get too excited about the recent legalization of recreational cannabis in the ACT. Although marijuana legalization took effect recently in the Capital, this particular law does not apply to the Jervis Bay Territory.

Under federal law, possession of marijuana remains a crime. However, there is one exception: Australia’s federal government legalized medicinal marijuana in 2016 when the Narcotic Drugs (ND) Act of 1961 was amended to allow cultivation and possession of medical marijuana. The ND act now allows the cultivation of cannabis plants by licensed growers with cannabis permits.

If they have the appropriate license and permits, Australian medical marijuana producers are allowed to purchase and import seeds from legal suppliers. Unfortunately, growing marijuana at home in Jervis Bay is still illegal, as is purchasing seeds without first obtaining a license.

Given that Canberra recently legalized recreational marijuana use and most Australian territories have systems in place to protect licensed medical patients, it seems that home cultivation for medical and recreational use will eventually be on the table, at least in some places. It is possible that Jervis Bay residents will eventually benefit from changes in the law. For now, those concerned about legality are best off spending their time learning about marijuana cultivation and advocating for legalization.

If Jervis Bay does legalize marijuana cultivation, home growers should have no trouble cultivating their own plants. The climate on the South Coast provides a perfect opportunity for cannabis cultivators, as the growing season is long and the climate is close to perfect for most popular strains.

The best place to purchase seeds is almost always an online seed bank. Buy from a reputable supplier like i49.net and rest assured that the seeds will arrive in discreet packaging ready to be germinated. Online seed banks like i49.net offer a wide variety of options when it comes to different types of seeds and different strains of marijuana, so spend some time deciding which ones will be a good fit first.

The first thing that most cannabis cultivators and users consider when buying seeds or finished products is whether to buy Indica or Sativa strains. Generally, Indicas are better for smoking at night as they produce body-highs conducive to rest and relaxation. Sativas produce a more cerebral and energetic high and are known to inspire creativity and treat certain mental health conditions.

Hybrids combine traits from both Indica and Sativa strains. They’re typically hardier than pure strains, which makes them easier to grow, and discerning consumers can find out everything they need to know about hybrids at i49.net before germinating their seeds.

Regular cannabis seeds require a full growing season. That’s fine for most Jervis Bay residents, though, since the area gets plenty of sun and warm, sub-tropical weather. Here are a few popular regular seeds to consider:

Unlike regular seeds, auto-flowers don’t have the same requirements to produce flowers. They tend to be smaller and produce less usable plant material but they only take around three months from germination to grow. Their smaller size also makes auto-flowers perfect for growing in crowded conditions or where discretion is advised.

Both regular cannabis seeds and auto-flowering seeds can be feminized using a process known within the industry as Rodelization: a natural process allowing seed providers to guarantee that all the treated seeds will grow into female plants, eliminating the risk of pollination.

Pollinated plants produce low-potency flowers full of seeds, so the importance of growing only female plants cannot be overstated. Identifying male plants can be tough for a novice grower, though, and most residents of Jervis Bay have no experience growing cannabis. Buying feminized seeds allows cannabis cultivators to skip this complicated process entirely.

Many medical patients prefer to use cannabis products high in CBD and low in THC to access the plant’s therapeutic effects instead of the typical spacey high. Generally, the higher CBD content a strain has, the lower its THC content is. Look for seeds specifically selected for high CBD content like these:

Recreational marijuana hasn’t been legalized in Jervis Bay yet, but the tide is turning across Australia when it comes to marijuana use and cultivation. While getting caught cultivating cannabis plants without the appropriate medical marijuana license can currently result in serious legal penalties, those who are willing to exercise a little patience can begin collecting cannabis seeds now. Caution around cultivation is imperative to avoid legal consequences, so Jervis Bay citizens are advised to obtain medical marijuana licensing before acquiring cultivation equipment, as it is considered paraphernalia unless purchased under the appropriate license. 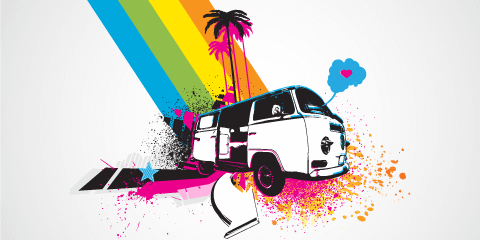