Marijuana-infused edibles are all the rage these days. Eating products made with buds, hash, or kief produces stronger results than smoking it, allows medical marijuana patients to take advantage of the health benefits of THC, CBD, and other cannabinoids without risking damage to their lungs, and creates a more pleasant experience for some consumers. Those who want to get into eating weed can read on to find out what they need to know about cooking with different parts of the plant and the concentrates made from them.

Choosing Which Parts to Coo

Most growers and commercial edible manufacturers make the cannabutter used to cook marijuana out of trim. Medical marijuana seed growers usually have an abundance of it after processing their harvests and manufacturers can buy it without spending a ton of money, but it still makes delicious, potent edibles. Consumers who want to make their own edibles can use whatever they have on-hand.

If consumers can’t get a hold of any trim, they can use the popcorn buds (also known as ‘littles’ or ‘smalls’) since these smaller buds have less commercial value and are generally more affordable. Some people also like to use hash to make marijuana edibles since it’s more potent and produces weed edibles with less of a strong, “weedy” taste, but it costs a lot more. Few consumers use kief, the THC crystals that fall off marijuana plants during harvest, drying, and storage, but this potent substance can be substituted for leaf, buds, or hash.

Remember that the part of the plant or strength of the concentrate used to make cannabutter will affect their potency. There’s no need to use the same amount of sinsemilla bud or high-grade hash as leaf or low-grade marijuana.

Keep in mind that one ounce of trim is equal to:

Consumers can’t just eat raw marijuana and expect to get high. That’s because the THC available in unprocessed plants comes in a form that can’t be digested (THCA). THCA must be heated to a temperature of around 220 degrees Fahrenheit to be converted into THC. When consumers smoke or vape marijuana, that happens naturally when they light up or heat up the buds. When they cook with it, they have to use a process known as decarboxylation.

The easiest way to decarb cannabis is to put it on a cookie tray and leave it in an oven preheated to 220-240 degrees for between 30 and 45 minutes. Some cannabutter enthusiasts use higher heats for shorter periods, but that’s not a great idea. Decarbing buds and trim at a lower temperature for a longer period helps to preserve terpenes, which impact both the taste and the effects of the final product.

Once bakers have decarbed their weed, they’re ready to make cannabutter. Use a ratio of one ounce of trim or the equivalent of buds, hash, or kief to one pound of butter. Melt the butter in a saucepan, double-boiler, or slow-cooker on a low heat before adding the decarbed cannabis a little at a time. Lower the heat, then let the pot simmer for around 45 minutes on a stovetop or several hours in a slow cooker, stirring often. If the marijuana has been properly decarbed, there’s no need to leave it on the stove for hours. Overcooking cannabutter won’t make it any more potent, but it will make it taste weedier. Preserve the nice flavor of your purple haze or northern light weed during cooking by going low and slow. Don’t rush.

After the mixture has been cooking for at least 45 minutes and has taken on a green tinge, take it off the oven and use a strainer or some cheesecloth to strain out the plant matter. Cheesecloth generally works better, as it allows bakers to squeeze every bit of butter out of the trim or buds. Use a glass jar to hold the butter and wait until it has cooled down to use it. Excess butter can be stored in the fridge or freezer.

Weed edibles are notoriously hard to dose since every step of the decarbing and extraction processes can alter the potency of trim, buds, hash, or kief. If bakers know what concentration of THC is present in their marijuana products, they can do some quick math to figure out how much THC will be in each batch of edibles.

Decarbing and infusing the THC reduce concentrations in the butter slightly, but not enough to alter the effects dramatically, so one pound, or two cups, of cannabutter made with this weed will also have approximately 3,360 milligrams of THC.

The suggested dose for those just trying edibles for the first time is 5-10 milligrams. Those who are new to edibles may want to alter their recipes to account for this by either making smaller cookies or brownies or by using less cannabutter. Cannabutter can be replaced with regular butter at a 1:1 ratio to make less potent edibles. You can also experiment with growing

high cbd low thc seeds that won’t be as psychoactive, but may also give more anti-inflammatory and pain-relieving qualities.

Most home cannabakers used to stick to boring edibles like brownies and cookies. That’s fine for those who are trying their hand at making edibles for the first time since chocolate forms a great complement to the unique flavor of marijuana, but don’t be afraid to branch out. As a rule, any recipe for baked goods that calls for butter can be made with cannabutter.

Don’t like sweets? Here are a few delicious ideas for savory, and high-class meals that taste great with cannabutter or marijuana-infused oil:

Consuming marijuana edibles produces slightly different effects than smoking the buds grown from sativa strain seeds or indica strain seeds. While smokers can expect to feel the effects within just a few minutes, edibles don’t produce noticeable effects for one to three hours depending on the consumer’s metabolism and whether he or she has eaten first. They take effect more quickly on an empty stomach.

Once the edibles take effect, consumers can expect a peak within the hour. Unless they’ve taken an extremely strong dose or have very slow metabolisms, they should continue to experience maximum effects for one to two hours. At that point, the effects will start to decrease, which can take another several hours or longer.

The best way to avoid a sharp peak is to eat the edible in smaller doses. Just nibble on a

banana kush cookie or strawberry cheesecake marijuana brownie every 15 to 20 minutes instead of eating it all at once. This can substantially prolong the effects and reduce the chances of overconsumption.

It’s very common for consumers who aren’t intimately familiar with edibles to wind up eating too much marijuana. This can produce unpleasant side effects like drowsiness, lack of coordination, and even odd time dilation. Consumers prone to anxiety may even have panic attacks. Remember that no one has ever died of a marijuana overdose and these effects are temporary. Put on some calming music or lay down for a nap, and wait for the peak to pass.

Eating edibles in small doses starting with no more than half the recommended dose is the best way to avoid overconsumption of THC. Those who have never tried edibles should wait at least one to three hours before consuming more, even if friends who dosed the same amount at the same time are already feeling the effects. Since everyone’s metabolism is a little different, it can take some people longer to feel weed edibles. Waiting around for them to take effect may be frustrating, but it’s a much less unpleasant experience than accidentally eating too many edibles.

Weed edibles are easier to make than many consumers think. They can be made out of anything from trim to sinsemilla buds and even hash and kief, but home bakers need to keep potency in mind when substituting marijuana plant parts or concentrates. Unless consumers already have a good idea of their tolerance for orally ingested cannabis, which can vary substantially from that associated with smoked cannabis, they should start off with small amounts and up their doses only after observing the effects. When decarbed properly and dosed appropriately, cannabis is great for cooking and cannabutter can be used as a replacement for regular butter in any recipe, so don’t be afraid to experiment. 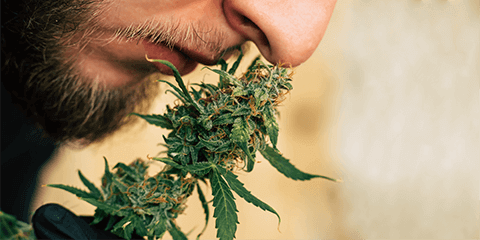 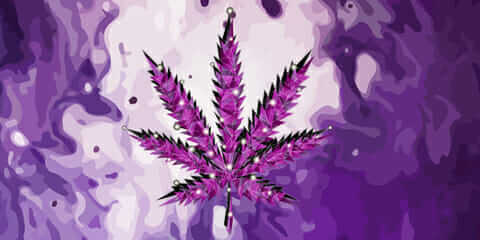 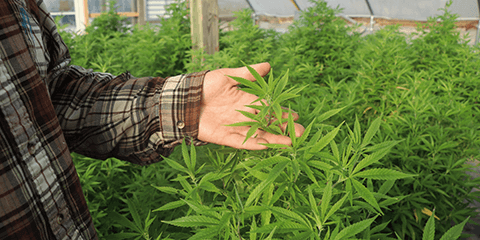 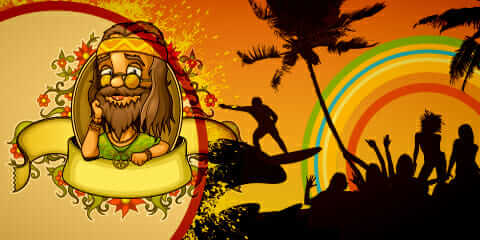 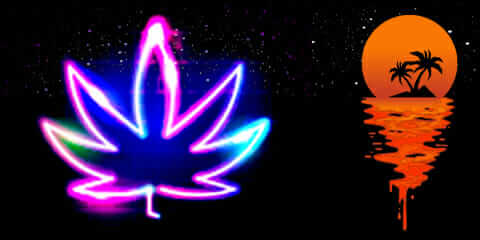