All cannabis plants contain at least trace amounts of the phytocannabinoid called tetrahydrocannabinolic acid (THCA). The concentration of THCA in a cannabis plant is what determines its psychoactive potency once heated (via decarboxylation) and converted into tetrahydrocannabinol (THC). When cannabis is said to contain THC, it means, once decarboxylated, the precursor THCA will convert into a certain percentage of THC. That activated THC can then bind to receptor sites in the individual’s endocannabinoid system where naturally occurring endocannabinoids would typically bind. Once bound to those receptor sites, the presence of THC in an individual’s endocannabinoid system produces a synthetic and altered state, otherwise known as highness.

Some strains of marijuana are more potent than others. Two plants from the same strain can produce varying levels of THC depending on growing conditions, harvest time, curing process, and more. Read on to find out everything there is to know about the potency of different plant parts, products, strains, and more.

There’s a reason some parts of marijuana plants are more potent than others. THC is typically found in the highest concentration around glandular hairs called trichomes. Trichomes are most concentrated on the tiny sugar leaves and stems inside of female buds. Modern commercial marijuana can produce THC concentrations of 20% or more.

The small leaves that surround the buds, known as trim, have far fewer trichomes, so they’re less potent. The large fan leaves found on other parts of the plant are even less potent than trim. Both the trim and fan leaves can be used to make cannabis concentrates. Most growers remove both the fan leaves and the trim from their buds before smoking or selling the final product.

Most growers cull male plants from their crops early in the flowering stage to prevent unwanted instances of male plant’s pollen fertilizing the female plants. Seedless flowers from feminized females (sinsemillas) are typically more desired than flowers containing seeds (the result of pollination).

When grown to maximize potency, Sativas typically have higher levels of THC than Indicas, but there are plenty of Indica-heavy hybrids that produce high levels of THC. It’s also important to note that cannabidiol (CBD) can bind to endocannabinoid receptor sites before THC can, a process that can reduce the psychoactive potency of an ingested strain regardless of the quoted THC percentage.

Consumers interested in potent, high-THC marijuana can check out the following strains:

This cross between Strawberry Bubblegum and Banana Kush contains up to 31.62% THC when grown in the right conditions. Strawberry Banana is an Indica-dominant strain, but it produces an energizing, creative high.

With an average of 22% THC, this sativa strain is great for relieving stress, increasing energy, and making users feel happy and relaxed. It is often crossed with other strains for further increases in potency and changes in the terpene profile.

Super Silver Haze is a Sativa-dominant cross between Northern Lights, Skunk, and Haze has won first place in three Cannabis Cups. It has an average THC content of 23% and is known for its sweet, pungent aroma and long-lasting effects. Many consumers use it to relieve chronic pain and/or stress while boosting their energy levels.

Kosher Kush started out as a clone-only strain. Today, it is often crossed with other high-potency strains like Tangerine. This Indica-dominant strain has an average THC concentration of around 21% and is associated with relaxation and mild sedation, helping to treat insomnia.

Another Indica, Triangle Kush is even more potent than Kosher Kush. It has an average THC concentration of 23%. Unlike Kosher Kush, it’s known for inducing creative states, not putting people to sleep.

This 50/50 hybrid strain has an average THC concentration of around 22%. Its balanced Indica to Sativa ratio makes Lemon Kush a great option for anyone looking to stimulate the mind while simultaneously relaxing the body.

Gorilla Glue is another 50/50 hybrid that packs a real punch with an average of 23% THC. This Cannabis Cup winner produces long-lasting physical and cerebral effects and is great for relaxation.

Bruce Banner is a sativa-dominant hybrid with an impressive 25% THC concentration. It’s strong and fast-acting, producing a state of euphoria that’s great for creativity. Bruce Banner is also a high-yielding strain, which is great for growers.

Chemdog is an Indica-dominant hybrid known to produce both a heavy head buzz and full-body relaxation. When grown in optimal conditions, the strain can produce up to 28% THC.

Even high-potency strains like those listed above won’t produce strong marijuana if growers aren’t careful about how they feed, water, harvest, dry, and cure their plants. In other words, plant genetics are only part of the equation. There are several other factors that contribute to potency in cannabis, like:

Healthy plants produce more potent buds. The best way to avoid common health problems like heat stress, irregular lighting, and nutrient deficiencies is to set up an indoor grow and carefully monitor everything from pH levels in the soil to light intensity, paying special attention during the flowering phase.

Although cannabis plants can grow in low light, they won’t produce THC-rich buds without at least eight hours per day of light. Indoor growers can further increase the potency of their marijuana by using specialized HPS grow lights during the flowering stage. Since they’re designed specifically for flowering marijuana plants, they produce a light spectrum amenable to trichome development.

Harvesting too early can dramatically reduce the flowers’ potency, but waiting too late can have the same effect. Growers should wait until most of the trichomes on their flowers have turned from clear to milky white and most of the pistils have darkened. Don’t wait too long to harvest, as late harvests change the cannabinoid profile of plants, decreasing their THC concentrations and producing a heavier body high.

The curing process changes everything from how cannabis flowers taste and smell to whether they’ll leave smokers prone to headaches. While adequate curing time won’t necessarily increase THC levels, experts believe that the chemical changes that occur in this phase may intensify users’ experiences thanks to the entourage effect. In other words, while properly cured buds won’t always have higher levels of THC, they may have higher or lower levels of other phytocannabinoids, terpenes, and other chemicals that contribute to a strong, well-rounded high.

Concentrates like hash and oil are often made from trim and fan leaves, although they can also be made using flowers. There are many ways to concentrate the THC from various plant parts, but the easiest, safest, and most popular of them are screening and water screening. Screening and water screening require very little equipment and don’t pose any health or safety risks to growers, so they can be used at home by almost anyone.

Over-processing trim and fan leaves using this method will increase the potency of the concentrate, but it will also increase the amount of vegetation that makes its way through. Those who plan to smoke the final product, often called keef, need to be more careful about avoiding plant debris than those who plan to use it for edibles.

A marijuana plant’s THC-rich trichomes are much heavier than the vegetative material found in leaves. Conveniently, the trichomes are also heavier than water, while the leaves are lighter. Water screening takes advantage of those weight differences to create clean, concentrated keef.

To water screen marijuana, just place the plant material in a jar of ice-cold water and shake it for several minutes. Remove the lighter plant material from the top and discard it, then scoop out the heavier trichomes from the bottom. They can be dried and smoked or used to make edibles.

While most home growers stick to using the solvent-free extraction methods listed above, commercial growers and manufacturers have several advanced techniques at their disposal. These methods require substantial knowledge of chemistry and the use of advanced equipment, including safety equipment like exhaust hoods.

Alcohol, usually ethanol, can be used as a solvent for creating strong cannabis concentrates. It’s important to recognize that substances like ethanol are highly flammable, which means safety is of the utmost importance. The primary benefits of alcohol extractions are that it doesn’t leave behind toxic chemical residues and it is able to extract both cannabinoids and terpenes. Unfortunately, alcohol extractions dissolve chlorophyll molecules, which means concentrate manufacturers must then remove the chlorophyll after the extraction has been completed to avoid undesirable, bitter flavoring.

CO2 extraction uses carbon dioxide to remove cannabinoids and terpenes from the plant matrix. It requires high pressure and high heat, as the CO2 must be in a supercritical form in which it behaves simultaneously as a liquid and a gas. CO2 extraction produces higher yields than alcohol extraction and is more efficient. However, it also requires more expensive equipment and, if performed improperly, can still place concentrate manufacturers at risk.

Butane can be used as a solvent to create what’s often referred to as butane hash oil or, in its hard form, shatter. To make butane hash oil, manufacturers combine cannabis and liquid butane at high pressure and high heat. The butane extracts THC, CBD, and other chemical components, then is evaporated off under a vacuum to remove the solvent.

There are some serious hazards associated with making butane hash oil. Manufacturers must carefully monitor temperatures to avoid combustion of the gas in its liquid form and must carefully remove all traces of residual butane prior to using or selling the extract, as this substance is known to be highly toxic. The trade-off for the extra effort that goes into making butane hash oil is that this technique produces potent, flavorful extracts with higher terpene levels than CO2 extraction.

Opponents of legalized marijuana have long tried to use increasing potency as a tool for drumming up fear about the effects of this impressive plant. What they fail to mention is that increased potency means decreased smoke inhalation and improved symptom relief for consumers who use marijuana to alleviate the burdens of medical conditions like chronic pain, epilepsy, and other serious disorders. Don’t fall prey to the fearmongering.

Factors influencing the potency of marijuana and marijuana concentrates include everything from plant genetics to when the buds are harvested and, in the case of concentrates, what part of the plant manufacturers use and which extraction technique they employ. It’s hard to generalize about what consumers should expect in terms of potency when they try a new strain or product. Most commercial growers prioritize producing high-quality, high-potency buds, so it’s usually safe to assume that their products’ THC concentrations are on the high end of the strain’s potency spectrum.

There are plenty of steps novice growers can take to increase the potency of their buds, as well. Start with high-THC seeds from an online distributor like i49.net, then proceed by following industry best practices like choosing plant foods designed for the flowering stage, harvesting on-time, and growing high-THC, low-CBD strains, and learn how to perform solvent-free extractions before moving on to more complex techniques. It takes some extra effort and a little practice, but with time, growers can learn how to make the most of every harvest. 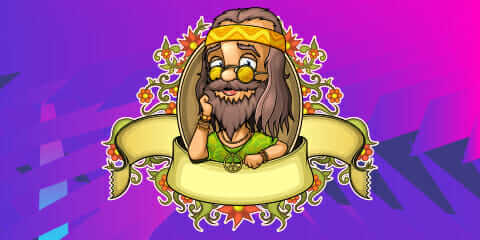 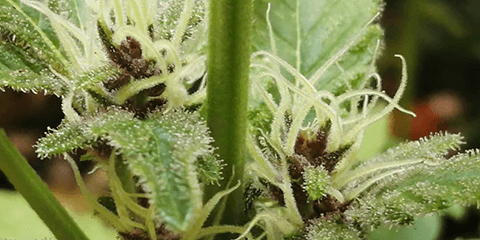 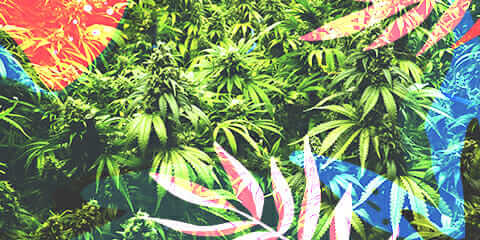 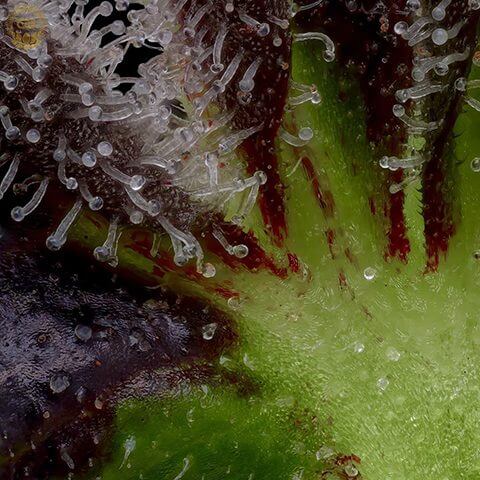 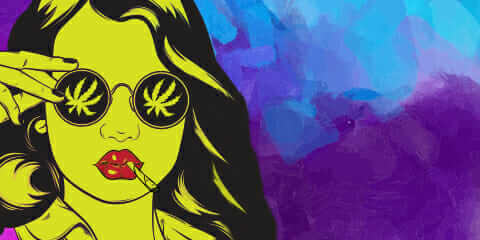 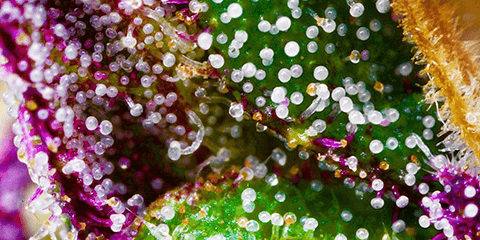 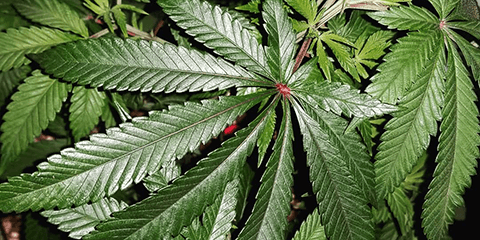 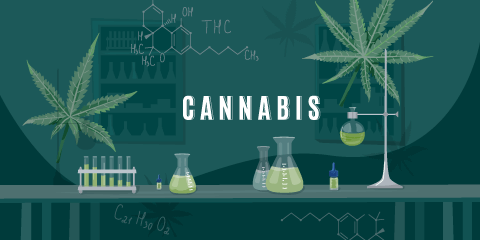 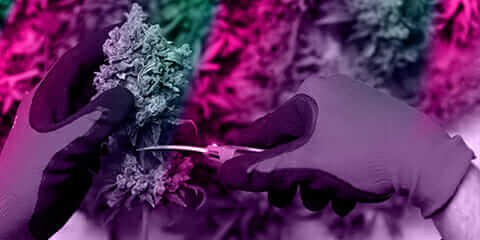 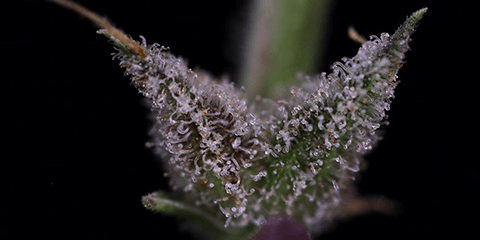 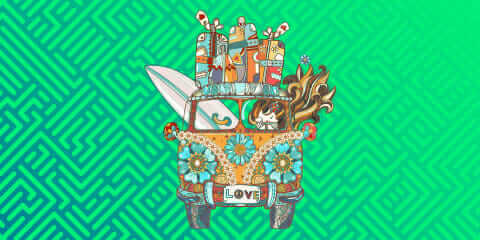 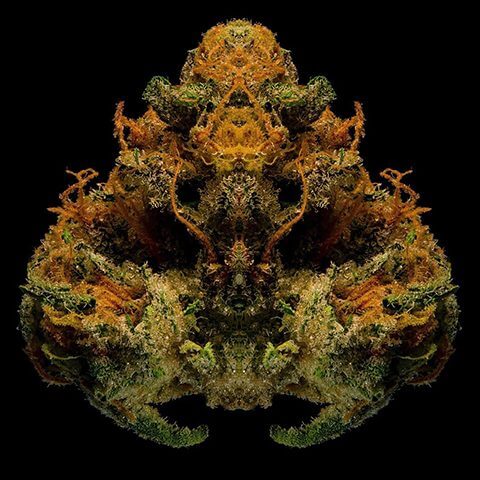 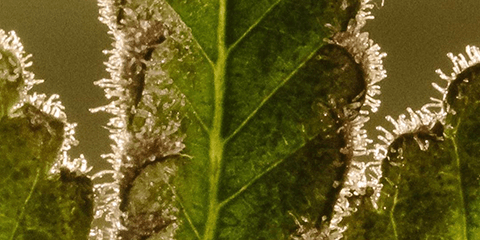 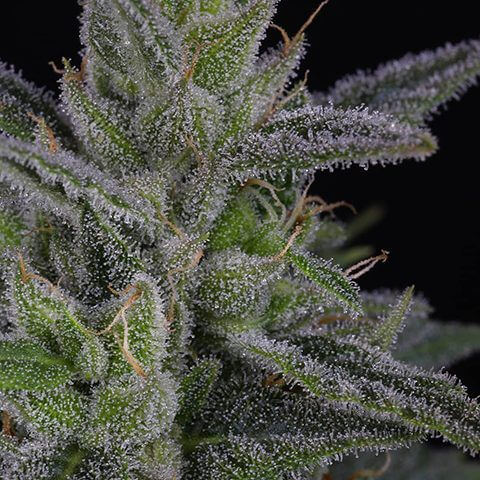 All the States where Weed is Legal

May 11, 2021 | Legalities of Growing
All the States where Weed is Legal Contents A map of states where weed is legal Is marijuana legal in the USA? Federal cannabis laws State c...
Read more