Controlling Algae in Your Hydroponic Setup

Controlling Algae in Your Hydroponic Setup

Though cannabis is one of the hardiest plants on the planet and isn’t terribly difficult to grow, several hurdles can arise between planting and time to harvest. Growers have to remain diligent and monitor growing conditions while ensuring the plants get enough of the essential elements they need to thrive. On top of that, growers are up against the ongoing concern of pathogens taking over their marijuana crop.

While bacteria and insect invasions are common problems for those who grow their own marijuana, they’re not the only issues you might face. Algae is one of the biggest concerns for gardeners particularly those who use hydroponic growing systems. Though preventing algae growth altogether is almost impossible, you can certainly minimize the risks to your crop.

Algae are essentially very small plants. Some are single-celled organisms whereas others are more complex. They’re often green or black, but you might see red, blue, and brown varieties as well. Despite being plants, they have a number of differences from more desirable varieties of foliage.

Unlike marijuana and other plants, algae don’t have stems, leaves, and root systems. Still, as is the case with all types of plants, they’re made up of cells with organelles that carry out their critical basic functions. These include transforming nutrients into food, growing and multiplying, and generating waste among other tasks.

Why Does Algae Grow in Hydroponic Systems?

Algae can grow almost anywhere. All it needs to flourish is light, heat, moisture, and certain nutrients. Most types of algae require carbon dioxide, potassium, nitrogen, and phosphorus to help them grow and spread. Unfortunately, all those elements are the same ones your cannabis plants depend on for nourishment.

All that said, algae won’t just spontaneously form in your hydroponic system. They produce spores that become airborne. An algae bloom on a pond a few miles away from your cannabis garden can send spores into the air. From there, they travel as far as they need to go to find an optimum environment for growth.

If even a single spore finds its way to your hydroponic setup, it’ll take hold and reproduce to create an entire colony. No matter how clean you keep your system, those spores are bound to find their way in at some point. Then, they’ll feed on all the essential elements you’re providing for your plants and take over if you don’t get it under control.

Why is Algae a Problem for My Cannabis Plants?

Algae can cause serious problems for your cannabis plants for a number of reasons. First of all, they don’t just use excess nutrients in your growing system to foster their own growth. As their colonies get larger, they actually consume all the vitamins and minerals meant for your plants. This means they starve your marijuana of the elements it needs to grow and produce buds.

Secondly, algae can grow on plant’s roots because they provide solid, moist, nutrient-rich surfaces for those spores to take hold. In the process, they prevent your plants from being able to absorb nutrients and deprive the roots of much-needed oxygen. When this happens, your plants won’t grow properly, and the potency of their buds will be negatively affected. They won’t be able to fight off other pathogens as well as they should either.

It’s also important to point out that as algae spreads, portions of their colonies die. Microscopic fungi then begin to grow and live off the dead algae cells. As these fungi reproduce, they attract fungus gnats. Those gnats feed on your plant’s roots, further damaging them and your chances of reaping a bountiful harvest.

At the same time, algae can damage your hydroponic growing system if left to their own devices. They can spread through the various components and hamper the flow of water and nutrients or clog up the filtration system along with several other issues. You may end up having to replace those components if algae growth gets out of hand, and the cost tends to add up fairly quickly.

How to Spot an Algae Problem

With so many potential problems arising from an algae infestation, it’s crucial to catch growth early. Doing so gives you the opportunity to get the problem under control before it has a chance to get out of hand. Several early warning signs can clue you in on a possible algae problem if you pay close attention to your plants and hydroponic system.

One of the first signs of algae in your plants is a furry black or slimy green substance in the growth medium. This might also be visible in various components of your hydroponic system, such as the drip lines or nutrient solution trays.

Keep an eye on your plant’s roots. Since they’re often out of sight and out of mind, algae can easily begin to take over in this vital portion of the plants. When this happens, you’ll most likely see a slimy brown substance in the roots. The roots will also begin drying out, clumping together, and turning brown.

With more advanced algae problems, the plants themselves will exhibit signs of starvation. One of the most common and easily noticeable indications your plants aren’t getting the nutrients they need is discoloration of the leaves. Dark or yellow spots may also appear.

How to Prevent Algae Growth

One of the simplest and most effective ways to help prevent algae from ruining your hydroponic cannabis crop is to use fresh, clean water. Water is crucial to the health and growth of your marijuana plants, but not all H20 is created equal.

What to Do and what Not to Do with Water

Collecting rainwater or using water from a nearby freshwater source, such as a pond or river, might seem like a simple, money-saving solution, but those sources are often contaminated from the beginning. For this reason, experts advise against using them for your irrigation needs with a hydroponic system.

Standard tap water is the go-to option for many hydroponic growers because it’s cleaned and disinfected before coming into your home. Still, water from public reservoirs generally contains chlorine and an array of chemicals and minerals that might be somewhat dangerous for your plants. Many areas also have hard water, which contains exorbitant amounts of minerals that might negatively affect plants.

One solution to these issues is collecting tap water and allowing it to sit for a certain amount of time so the additives have time to settle before applying it to the plants. Of course, allowing it to sit for too long could actually promote algae growth. In most cases, it only takes about 24 to 48 hours for minerals and chemicals to settle or dissipate. Leaving the water to sit stagnant for any longer than that isn’t advisable.

You can also purchase distilled water for your hydroponic system. Distilled water already has all the potentially harmful particles removed, so it’s clean, free of algae spores, and won’t damage your plants. Since it’s relatively inexpensive, it won’t drastically drive up the cost of operation for your growing system unless you have a particularly large setup.

Water filtration is an effective option as well. Reverse osmosis water filtration systems send water through membranes to remove undesirable particles. They’re often recommended for softening hard water. Activated carbon filtration systems, on the other hand, use various types of carbon to remove impurities from tap water. Both methods give you fresh, uncontaminated water to use in your hydroponic system.

Also, be sure to change the water in your system frequently. Ideally, you should replace the water after 10 days during your plant’s early growing periods. Then, change out the water every couple of weeks until your plants reach about 12 inches in height. From there, replace the water weekly to reduce the likelihood of algae growth.

Several other preventative measures will help reduce the risk of algae and slow its growth. One of the simplest and safest alternatives is grapefruit seed extract. Most directions say you should add about 10 drops of extract per cup of water when using this method.

You can add the extract to the water in your hydroponic system or mix the water and extract in a spray bottle and apply it to surfaces where algae may be appearing. Because of the amount of grapefruit seed extract needed for full effectiveness, this option can be expensive.

Barley straw mats are also helpful for slowing algae growth. They’re safe for plants, animals, and the environment in general. Just place them in your reservoirs and allow them to go to work. Adding UVC lights, like those used in aquariums, to your grow room will help control algae as well.

Since algae need light in order to thrive, using materials that don’t allow light to bleed through is immensely helpful for controlling growth. Don’t use clear tubes, trays, or pots for hydroponic growing. Consider covering your growth medium with landscape fabric as well because it’s designed to block excess light and help hold in moisture.

Dealing with Algae after it Becomes an Issue

If you notice algae in your system, it’s important to clean it immediately to bring a halt to further growth. Be sure to thoroughly clean any affected components. Promptly remove dead leaves as they fall off the plants. Cut away any dead or algae-infested roots as they become problems.

If your plants have grown beyond the seedling stage, you can add hydrogen peroxide to the system to deter further algae formation. The recommended concentration is one part peroxide per 10 parts water. This will give your plant’s roots a boost of oxygen to help counteract any deprivation the algae may have caused as well.

Algae growth can be a serious issue for your marijuana garden particularly if you’re using a hydroponic system. While there’s no surefire way to keep algae out of your system altogether, slowing its growth and reducing the risks for your plants is certainly possible. Follow these guidelines to help keep your plants healthy without giving algae all the essentials it needs to take over your growing system as well as your crop. 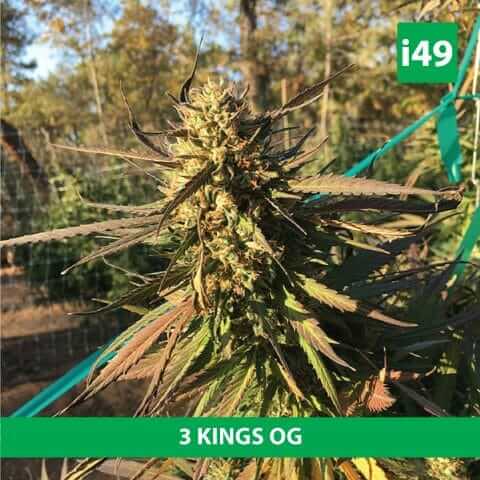 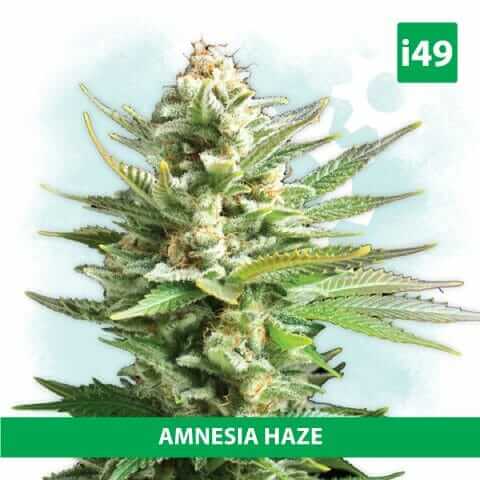 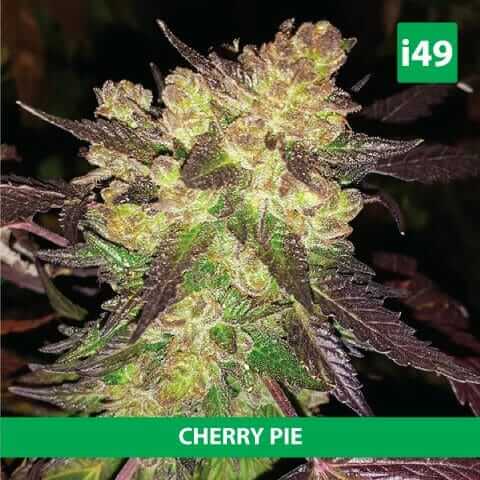 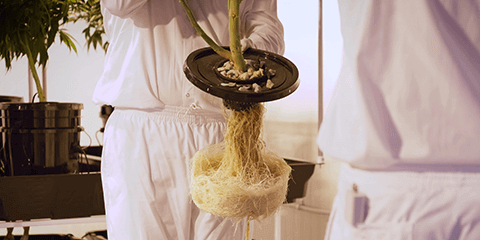 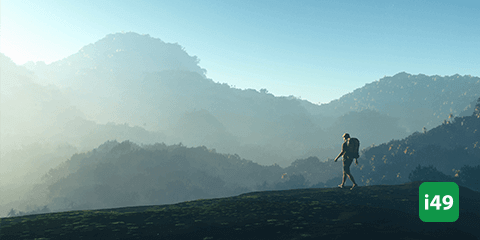 How to Get Rid of Algae in Hydroponics

January 22, 2021 | Hydroponic Growing
The Ultimate Guide to Growing Marijuana Using Hydroponics Introduction to Hydroponics Marijuana  Are you interested in learning how to grow ...
Read more