A to Z Glossary: Bacterial and Fungal Controls for Cannabis Crops

When most growers notice that their plants aren’t looking as healthy as they should, they immediately assume that insects are to blame. However, bacterial and fungal infections are just as common, and just as problematic, as insect infestations. Immediate action is the key to successfully addressing any plant health problem, so read on to find out about common methods for controlling infections.

Ampelomyces quisqualis is an advantageous fungi that can act as a natural control measure for powdery mildew. This anamorphic fungus is a mycoparasite that slows the growth of powdery mildew and, in some cases, may even eradicate the mildew on cannabis leaves altogether. A. quisqualis can survive for up to three weeks on healthy plant tissues, so it can also be used as a preventative. Look for it as an active ingredient in commercial fungicides or buy it in powder form under the brand name AQ-10.

Bacillus pumilus is an aerobic bacterium that helps to prevent the germination of Fusarium spores, which is good news given that Fusarium fungi are known to colonize marijuana plants’ xylematic tissues and can even kill otherwise healthy plants. Applying commercial B. pumilus-containing fungicides like Sonata can also boost the immune response of cannabis plants, making this natural fungicide a good choice for all soil-based grows, whether you are

growing cannabis from seeds indoors or in a greenhouse growing outdoor weed.

Bacillus subtilis is another anti-fungal bacterium that occurs naturally in healthy soils, but instead of fighting off Fusarium, it is known to attack blight, gray mold, and mildew. It’s approved for use in organic farms and grows and causes no adverse effects on plants. Look for this fungicide under the brand names QST 713 for foliage applications or GB03 as a preventative soil treatment.

Unlike the solutions mentioned above, barley straw is used by hydroponic growers. It can be purchased in both raft and pellet form in most hydroponics stores and is also used in private ponds to inhibit algae growth. Unfortunately, applying barley straw won’t get rid of an existing algae problem, so hydroponic growers must use it as a preventative measure.

Colloidal silver is an effective defense against existing algae in hydroponic systems. It also protects plants against bacterial, fungal, and even viral pathogens, which are effectively suffocated when these tiny metal ions attach to their respiratory systems. Colloidal silver can be used as a soil soak or applied as a foliar spray.

Copper sulfate is great for treating both fungal and bacterial infections in plants from easy to grow marijuana seeds, including powdery mildew, downy mildew, fire blight, and leaf spots, but it can damage plants if applied by itself. Look for products labeled as Bordeaux Mixture, which contain lime to balance the effects of the copper sulfate. They’re great for outdoor growers since they won’t run off after a light rain, but they should only be applied during the vegetative stage.

Gliocladium rosea is a beneficial fungus that prevents the colonization of other harmful fungi on your og kush or girl scout cookies strain plants. Also known as Clonostachys rosea f. rosea, it can be found in many organic fungicides and is great for preventing bud rot in outdoor organic grows.

Hydrogen peroxide can be found in just about any drugstore or supermarket. It may feel strange applying it to marijuana plants, but applying it to soil or hydroponic systems actually increases the plants’ ability to absorb oxygen and is an effective treatment for algae, bud rot, Pythium, and powdery mildew.

Milk is a natural germicide and immune booster. Growers use it as a treatment of powdery mildew. Just mix one-part milk to nine parts water, then use a mister to spray it on the leaves. Milk can also be used to sterilize garden tools to prevent the spread of disease without resorting to using bleach.

Neem oil is one of the best-known natural insecticides for any garden plants. Many

cannibis seed growers use it to treat everything from aphids to whiteflies, but few realize that it can also be used as a fungicide. Apply neem oil as a foliar spray to combat bud rot and powdery mildew, or as a soil drench to prevent root rot. Hydroponic growers can also mix one teaspoon of neem oil with one quart of water and feed it to their ak47 strain or tropicana cookies weed plants to help prevent both insect infestations and fungal infections.

Maintaining an optimal pH range is essential to inhibit fungal growth. Many species thrive in highly acidic or highly alkaline environments, so adjusting the pH of a hydroponic system may be enough to prevent many fungi species from colonizing  classic cannabis strains. Just make sure to use a formula designed for hydroponic systems to avoid damaging the plants’ roots.

This water-soluble compound is commonly used to neutralize acidic soils. Today, researchers believe it may also be effective as an organic fungicide. Growers are starting to use it to defend plants against everything from Septoria to powdery mildew and blight with great effect.

Potassium bicarbonate can be purchased in most garden centers and hardware stores in crystal form or as a soft powder. To apply it to marijuana crops, just mix three tablespoons of it with three tablespoons of oil and ½ teaspoon of Castile soap. Add this mixture to one gallon of water, then use it to mist the plants’ leaves.

Biologically savvy growers may know Pseudomonas cannabina as a form of bacterial blight, but don’t be put off. Other species in this genus can actually be a boon to growers. When applied as a soil or seed inoculant, some species of Pseudomonas can induce systemic resistance to plant pathogens.

Known as plant-growth-promoting rhizobacteria (PGPR), species like Pseudomonas fluorescens have been used to control bacterial infections like downy mildew in other agricultural crops since the 1980s. Today, research has shown that PGPR species, including Pseudomonas, can also be used to inoculate the seeds of cannabis plants to induce disease resistance.

Silicon is a micronutrient that facilitates the strengthening of plants’ cell walls, which provides the roots with a protective barrier against fungi. Outdoor and container growers can apply silica salts in the form of Pyrophyllite clay, aluminum silicate, or diatomaceous earth as a dust or foliar spray or add greensand, vermiculite, or pearlite, which also contain plenty of silicon, as soil amendments. Hydroponic growers can use silica stones or feed their plants soluble silicon.

Sodium bicarbonate, more commonly known as baking soda, can be used to protect against fungal diseases like powdery mildew. Apply it as a foliar spray in a ratio of one teaspoon baking soda and ½ teaspoon Castile soap to four cups of water. Use it only on active infections and stop applying it once the powdery mildew has dissipated to avoid raising the EC level in the soil or hydroponic solution.

These beneficial bacteria can be found in commercial fungicides like Mycostop, RootGuard, and Microgrow. It is used to inhibit the growth of harmful fungi that cause problems like root rot, stem rot, and wilt.

Sulfur can be used to lower pH, creating a more hostile environment for fungi. Most growers know it as a soil soak, but it can also be used as a soil spray to treat powdery mildew, bud rot, and Septoria. It’s available in liquid form, but make sure to follow the instructions carefully, as improperly applied liquid sulfur can cause leaf damage.

The beneficial fungus Trichoderma harzianum can be found in many biological control agents. It acts as a parasite, feeding on the fungi that attack marijuana plants’ roots and leaves and can be applied as a soil soak or a foliar spray.

Hydroponic growers can use UVC lights to eliminate mold, mildew, and algae in their ventilation systems. Unfortunately, it also eradicates beneficial microbes. Most experienced growers don’t recommend them.

Vinegar is commonly used as an alternative to harsh chemical cleaners, but it can also be applied to marijuana plants as a foliar spray to kill powdery mildew. Dilute it to one tablespoon vinegar to one-quart water. Never apply it in concentrated form, as this can kill the plants.

Cleaning compounds in this class should not be applied directly to cannabis plants, but they are great for sterilizing and disinfecting grow equipment, garden tools, and work surfaces. Proper sterilization is one of the best ways to prevent the spread of fungal and bacterial pathogens.

Fungal and bacterial diseases can be just as damaging to marijuana plants as insects. As long as they catch the infections early, growers should be able to use the methods described above to stop them in their tracks to protect their crops. There is no need to sacrifice your investment in weed seeds from i49 to an unwanted disease like those mentioned above. Some preventative planning can help protect your crop and make sure you get to reap the benefits of your high thc or high CBD crop. 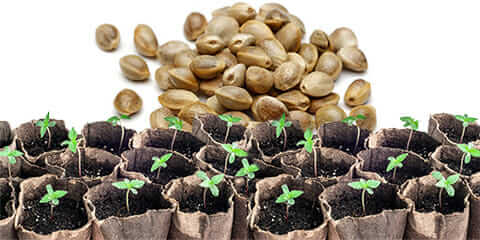 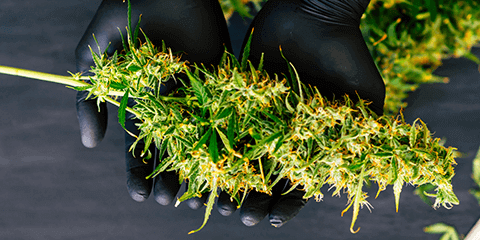 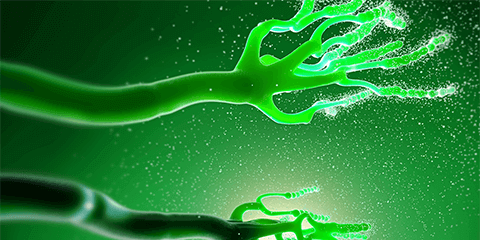