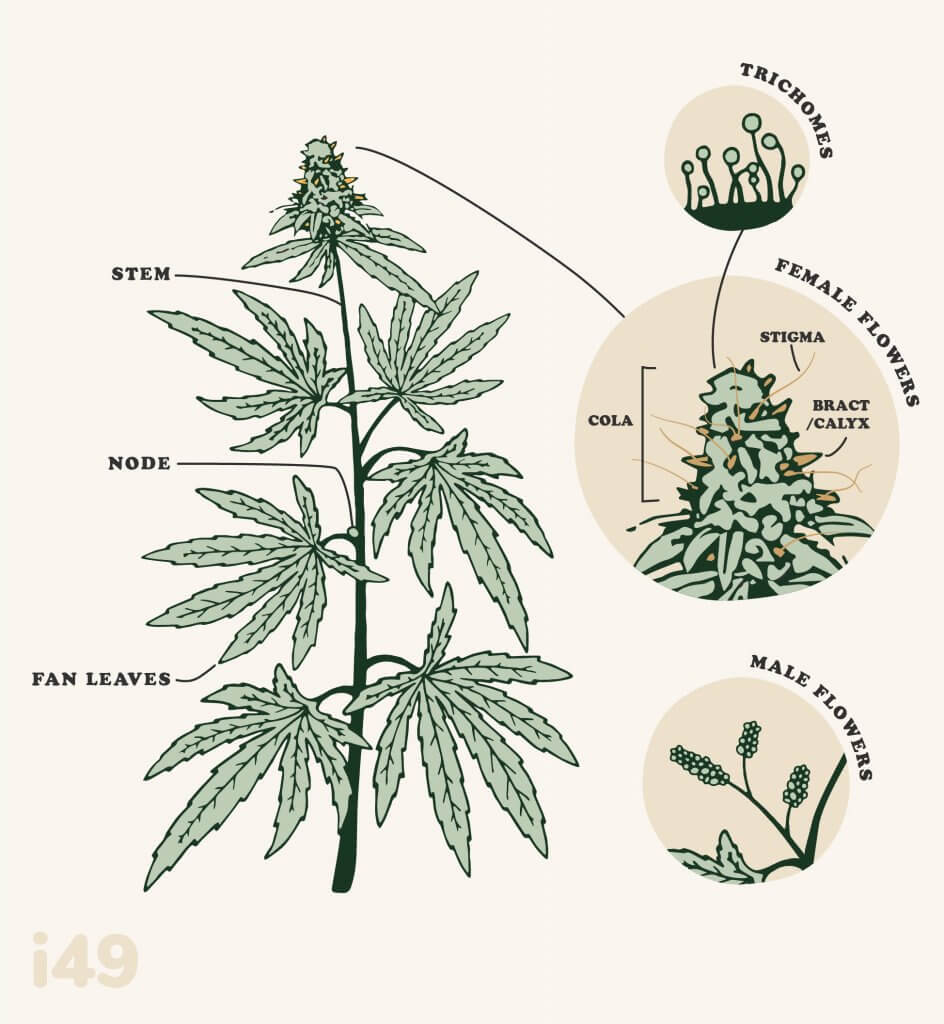 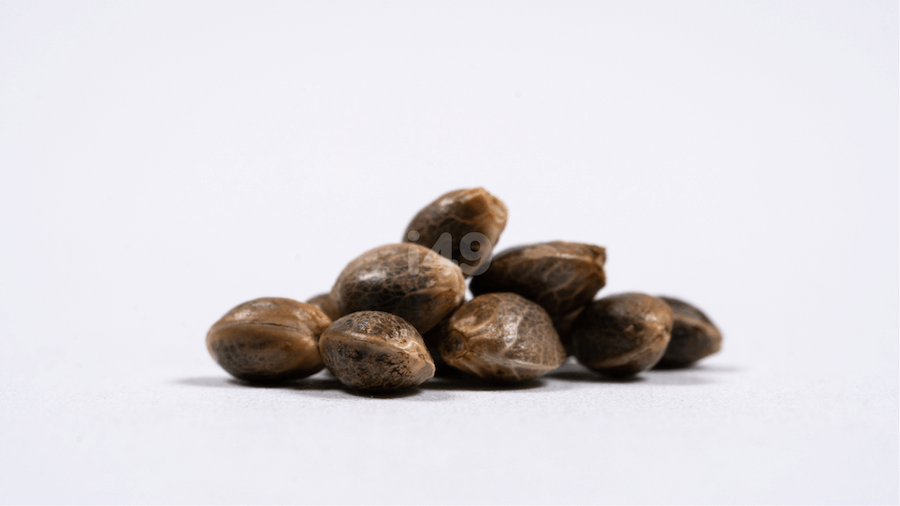 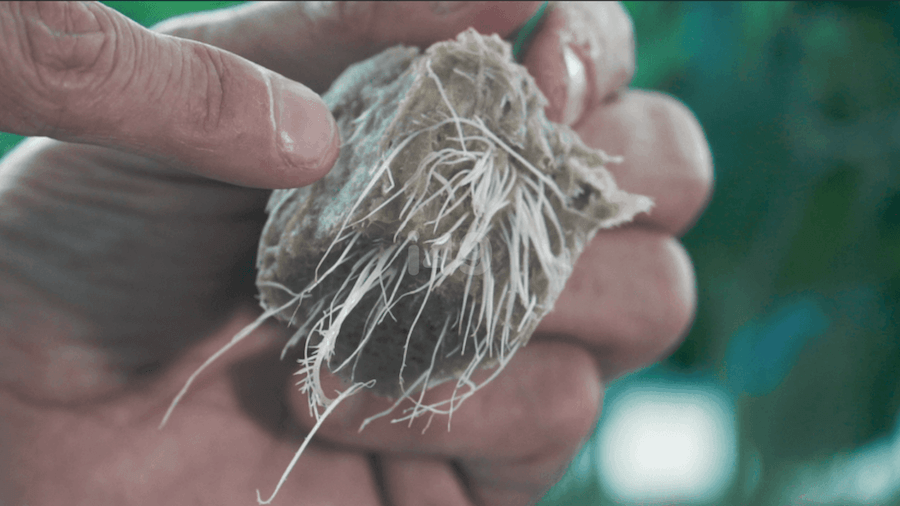 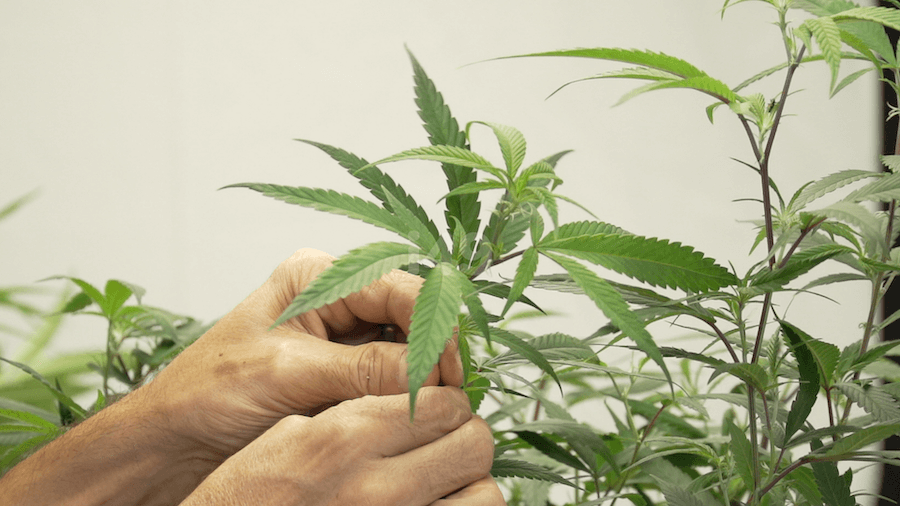 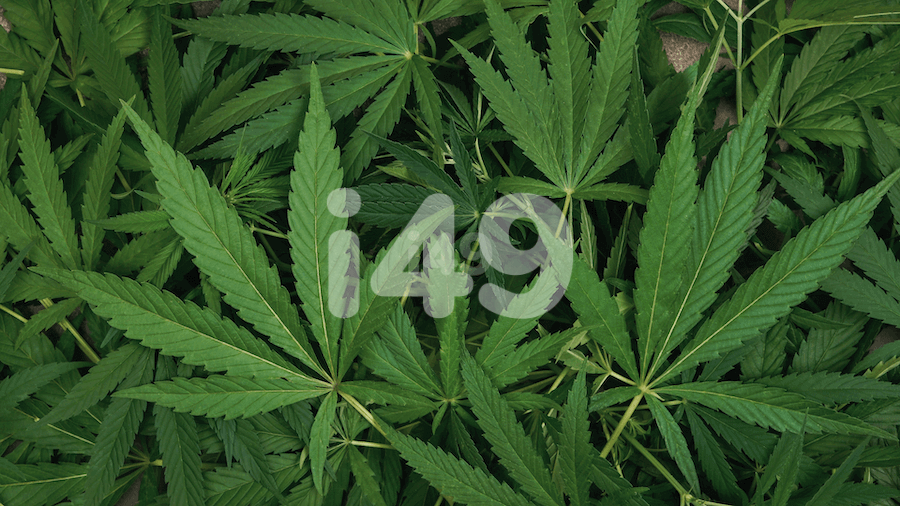 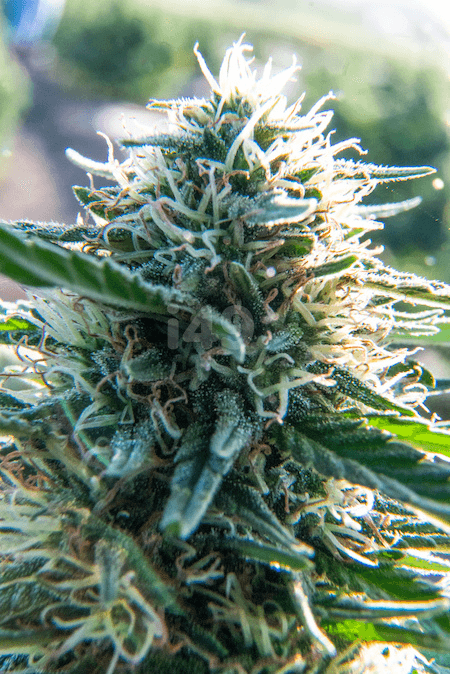 Before delving too deeply into the topic, it is first important to understand the basics of marijuana plants. The technical name for marijuana is Cannabis Sativa. 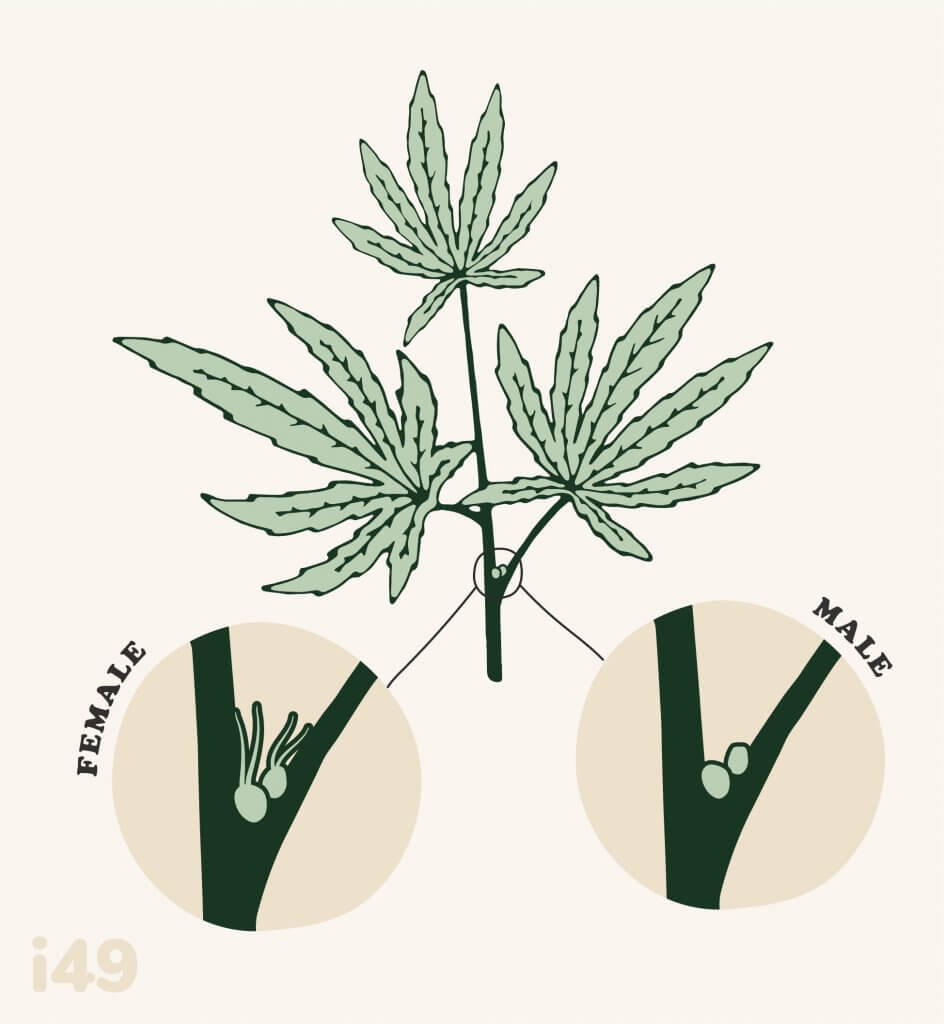 One of the easiest ways to distinguish between a male marijuana plant and a female is the flowers. Male plants produce smaller clusters of bell-shaped flowers that hang down.

They release pollen that can fall on female plants or be carried by insects. Although they are called flowers, the male really produces sacks that are shaped like flowers, but they are full of pollen.

Female marijuana plants produce calyxes that are tear-shaped and have two pistols. These group together and form buds.

It is important to note that female cannabis plants typically flower later than males. You can find the flowers or calyxes forming at the node areas of the stems. (Ernest Small, H. D. Beckstead, and Allan Chan)

Unfortunately, cannabis plants often do not reveal their genders until the flowering stage. It is sometimes too late at this stage of growth to remove the males. This is why learning how to sex cannabis plants is essential for growers.

Although this is not a definitive method of sexing a male weed plant, most males are taller than female plants. If the height difference is not enough to decide, look for the flowers. Females have pistils, and males do not.

Male plants also grow straighter than females. If you see a tall, straight plant, this is likely a male, though the best way to distinguish the sexes is by looking at the flowers or calyxes.

Females usually have complex growth patterns. They will bush out more than the males after the seedling stage finishes and they are heading into the vegetative stage.

Some growers have found unique ways to identify if a sprout is a male cannabis plant or a female. Before attempting this method of identification, please note, it is not based on scientific fact, but more on theory. Those growers who use this method have seen up to a 90% success rate in identification.

If the sprout comes from the top of the seed or the bottom, it is most likely a female plant. If the sprout shoots out of the side of the seed, it is a male. Never throw away sprouts based on this finding alone. If you suspect there is a male marijuana plant, simply isolate it from the others and watch to see how it grows.

Scientists aren’t sure why the anatomy of a marijuana plant involves such large quantities of trichomes, but most believe that they assist in seed development and protect flowers from insects, animals, UV light, and temperature shifts. There are two types of trichomes: non-glandular and glandular. 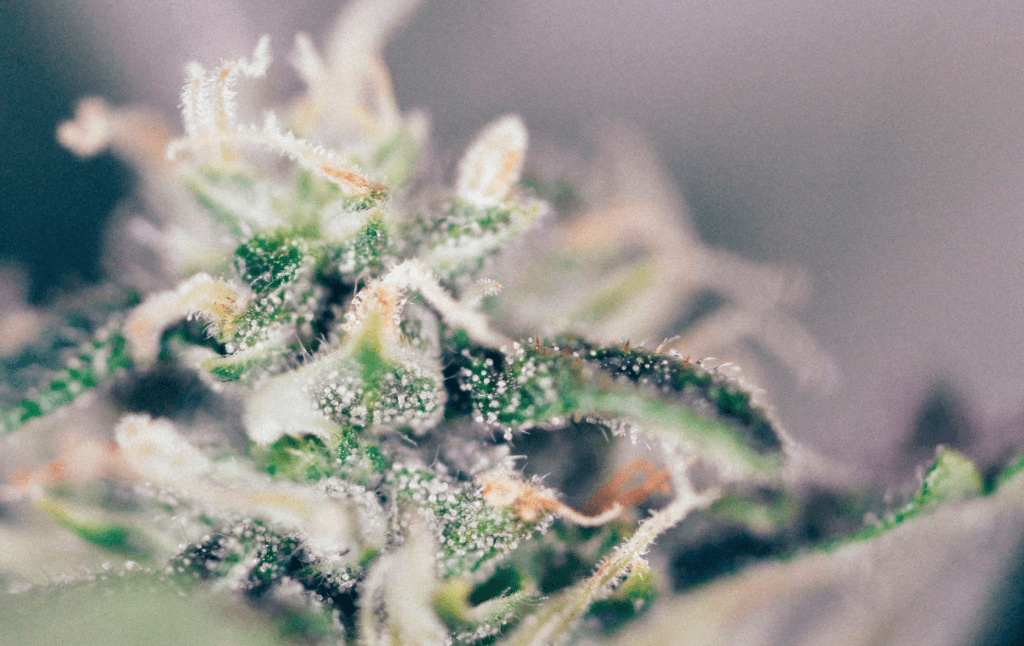 As cannabis flowers mature, their trichomes will change color. They start out transparent and gradually turn milky white, becoming amber-colored when they’re fully mature. Cultivators have harvest habits that depend on their preferences and the effects they’re seeking. However, we offer useful guides on harvesting cannabis according to the ripeness of its trichomes.

With our help, you’ll learn more about marijuana bud anatomy, as well as how and when to harvest your cannabis crop for optimal flavor and potency.

The anatomy of a marijuana bud is quite complex but learning a little about it will help you become a more confident cannabis cultivator. With more knowledge about stems, leaves, trichomes, seeds, flowers, and other parts, you’ll become a more informed grower and consumer.

Count on the pros at i49.net for more information on marijuana bud anatomy, cannabis cultivation tips and advice, as well as one of the country’s best selections of weed seeds.

How to handle Purple Stems

23 May, 2022 Beginners Guides
Purple Stems on Cannabis Plants: What Causes Them and How Best to Respond Marijuana gr...

17 November, 2021 Plant & Seed Types
Do you want to experience the power of the Hulk in the cannabis universe? The Bruce Banne...

17 November, 2021 Plant & Seed Types
With a rich, savory cheese-like smell with some berry undertones, all but the most discer...

17 November, 2021 Plant & Seed Types
Anyone familiar with the Big Bud weed strain is sure to remember their experience.  ...