Cannabis has been around for millennia. Based on historical accounts, ancient healers first began to discover its many benefits more than 4,000 years ago. In the early days, this long-running herb grew wild in the great outdoors in many corners of the globe, and enjoying its effects was as simple as finding and harvesting the plants.

By the 1600s, growing certain strains of marijuana became a necessity of sorts for American colonists. In fact, lawmakers of the time passed legislation requiring farmers to cultivate hemp for various purposes. All this took place long before indoor growing became an option, but quite a few changes lurked on the horizon.

In the early 1900s, Mexican immigrants introduced new strains and recreational marijuana uses to the people of North America. From there, things took a turn. Over the decades to follow, increasingly stringent laws came into play making cannabis possession, cultivation, and use legally unacceptable. This forced many people to take their growing efforts indoors.

Nowadays, previous laws are being reversed and overridden. That means growers have the freedom to return to the old methods of cannabis cultivation. Though growing indoors has its fair share of strong suits, you’ll receive ample benefits from an outdoor marijuana garden as well.

Many people believe there’s little difference between indoor and outdoor cannabis, especially when weighing identical strains against one another. In truth, there’s a world of diversity between the two. After experiencing both indoor and outdoor varieties, it doesn’t take a professional to pinpoint those variations. Numerous advantages can come from growing marijuana outdoors as nature originally intended.

When you cultivate marijuana indoors, you have complete control over growing conditions. It’s up to you to provide the plants with artificial light, the right amounts of water, and all the nutrients they need to thrive. This also means understanding the plants’ varying needs at different stages of their growth cycles.

This certainly has certain benefits, such as creating faster flowering times and having the potential to grow all year long as opposed to being restricted to the standard growing season in your area. Still, that’s quite a lot of responsibility to take on. Missing one or two seemingly insignificant details could have a negative impact on the entire crop of high-CBD or high-THC seeds.

Cannabis that’s grown outdoors generally receives everything it needs from nature itself. Your White Russian and Purple Kush plants get all the right amounts and types of light at the perfect times from the sun. You don’t have to change out the grow lights at specific times during the growing cycle and set timers to give the plants the hours of darkness they need. The soil typically provides the necessary nutrients, so you don’t necessarily have to add different solutions at specific phases in the plants’ lives.

Indoor growing requires specialized equipment. Grow lights, ballasts, timers, exhaust fans, soil testing equipment, water distribution systems, and temperature and humidity monitors are only a few of the tools you might need to ensure plants thrive in an indoor grow room. Those expenses can certainly add up. On top of that, you have to consider the costs of operating the equipment.

Outdoor crops get everything they need from nature. All you have to purchase is seeds and perhaps a few soil enhancers. If you’re growing in planters rather than the ground, you’ll need to buy those as well. Numerous inexpensive options are on the market, though.

Most indoor growers have limited amounts of space for their cannabis crops. In contrast, plants grown outdoors have plenty of room to branch out and flourish. As a result, outdoor plants grow fuller and taller. Their roots also have more space to spread and seek out vital moisture and nutrients.

At the same time, the extra growing room means your plants will have more leaves. This creates greater surface area for absorbing light and heat from the sun to generate the energy they require to produce potent buds. They’ll also have more nodes, or the connections between the primary stems and offshoots. Since that’s where buds form, they’ll have the potential for larger numbers of buds and higher yields. You might be able to get more product from fewer plants.

Buds from marijuana plants that are cultivated outside are bound to have better flavors and aromas than those grown inside. This comes from the naturally regulated light, nutrients, and moisture. It’s also a product of better oxygen circulation through the plants’ roots and several other factors.

Some people insist cannabis grown indoors generates denser buds and provides a stronger high, and they may be right. Still, the taste and quality of the buds are generally better from plants that spend their lives in the fresh air. The differences are much like those between fruits and vegetables you find in the supermarket and the ones you pick fresh from the farm. They may look the same, but the aromas and flavors are worlds apart.

Some marijuana plants grown outdoors may not give you the same bud density and potency as indoor varieties, but many of the main differences lie beneath the surface. Natural sunlight and other factors produce more complex plants, meaning they have higher levels of components other than THC and CBD, such as terpenes. You may not see these enhanced elements, but you can certainly smell and taste them and feel their effects.

Growing marijuana indoors consumes massive amounts of energy. Some reports show about one percent of America’s energy use goes toward indoor growing, which is roughly the equivalent of four million megawatt-hours per year. To put matters into perspective, the average home in the United States consumes just under 11 megawatt-hours of energy each year. Indoor marijuana plants can go through several gallons of water per day as well.

Outdoor crops require virtually no artificially produced energy because they glean what they need from the sun and soil. Though you may need to water your plants from time to time, they get the bulk of their moisture from rain and the soil. They also help draw carbon dioxide from the air and generate a constant supply of fresh oxygen. Because of all this, outdoor marijuana is unquestionably a more ecologically sound alternative.

These are only a few of the advantages of growing marijuana outside. For those who live in areas with more restrictive laws, plausible deniability may also be a major plus. Of course, making the most of all those benefits means finding the right strains to be grown outdoors.

With so many marijuana strains now floating around, many of them hybridized and modified specifically for indoor growing, choosing the best strains for outdoor cultivation isn’t exactly a straightforward process. That doesn’t mean outdoor cannabis gardeners’ selections are limited, though. It simply means you need to know your options.

As a hybrid created by crossbreeding Super Lemon Haze and Lemon Skunk, Blue Dream offers a nice boost of energy and euphoria as well as more focused thoughts among other effects. This Sativa-dominant strain contains THC concentrations of around 20 percent and low levels of CBD. Since it produces high yields of dense buds even when grown outdoors, it shatters some of the stereotypes of outside marijuana crops.

Blue Dream originated in California and was created specifically for outdoor farming. It thrives best in natural sunlight and is much more resistant to mold, mildew, and other harmful fungi than some other strains. It’s easy to grow and generally ready for harvest in late October or early November.

Zkittlez is an Indica-dominant hybrid with THC levels in the 20-percent range and lower amounts of CBD. For most people, it produces a strong cerebral high without interfering with sleep and relaxation. It’s also well-known for helping to reduce inflammation. Sweet, fruity flavors and aromas make this strain a bit difficult to put down once you start smoking it, but it generates a slower high that won’t sneak up on you in overwhelming proportions.

This variety can grow upwards of four feet tall outdoors and can yield up to 800 grams per plant. It holds up well against the elements and the potential hazards of outdoor gardening, but experts recommend using stakes to help reinforce its strength once it starts getting taller. Since it’s an autoflowering strain, it’ll be ready for harvest in about 10 weeks, making it perfect for areas with short growing seasons.

Known for its high yields when grown outdoors, Banana Kush can produce about 600 grams of marijuana per plant. This strain may need a little more care and attention than others, so it’s generally recommended for experienced growers. That doesn’t mean novices can’t experience success with it, though.

Banana Kush highs typically consist of enhanced thought patterns and senses with euphoria being part of the mix as well. It has a sweet, tropical, banana-like taste and aroma. An elevated trichome density makes it resistant to pests and other dangers, and it should be ready for harvest by early October as long as you plant it at the beginning of the growing season.

With an earthy, citrusy taste and aroma and lovely, sweet undertones of honey, Critical Mass can grow to be nine feet tall or more. It also produces as many as 600 grams per plant when grown outside. This particular strain fares well outdoors, but it thrives best in dry areas and can be prone to mold when exposed to too much moisture or too little ventilation.

Cream Caramel produces a warm, fuzzy high filled with relaxation and positivity. With a sweet, nutty, earthy flavor and the aromas of caramel, vanilla, and coffee, it essentially combines your favorite latte with a powerful punch of THC. It’s wonderful for managing stress, anxiety, and pain.

This strain is well-suited for outdoor growth. Though it tends to prefer warm weather, it can easily withstand cooler temperatures and readily resists fungus. Cream caramel produces unusually dense buds for an outdoor variety and can yield 550 grams or more per plant. You can expect to harvest this strain by early October.

These five high-yielding strains flourish especially well when grown outdoors, but they’re not your only alternatives. Browse our selection of outdoor cannabis seeds to see the full range of options. In general, it’s best to find strains that are resistant to outdoor temperatures and the other perils of nature.

Growing marijuana outdoors offers a number of advantages when compared to indoor cultivation, not the least of which are reduced stress, fewer expenses, and better flavors and aromas. With so many strains suitable for outdoor gardens, you can easily find one that offers your preferred effects and has the taste and scent profile you’re looking for. Don’t hesitate to check out our full selection or reach out to us with any questions you may have. 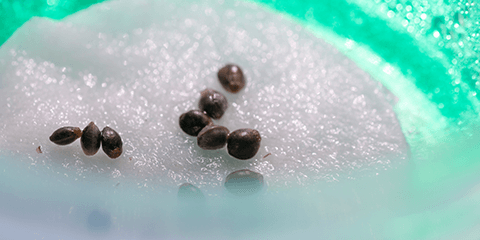 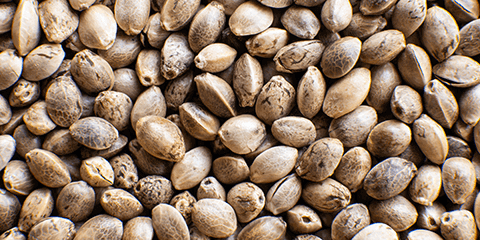 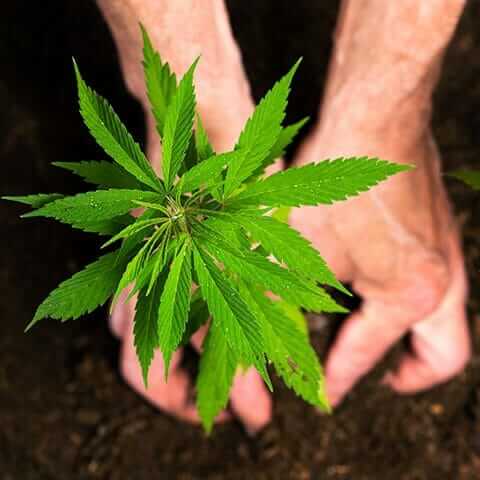 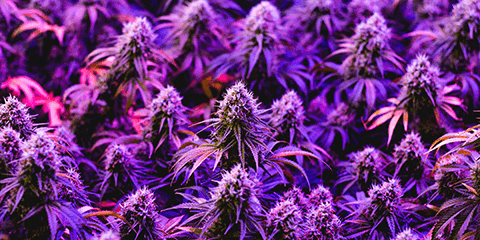 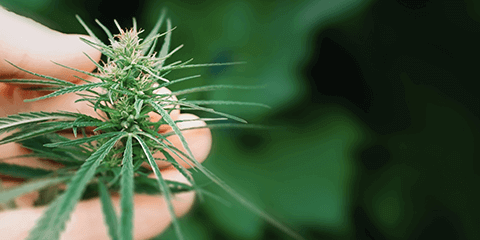