How to Speed Up Flowering of Outdoor Cannabis Plants 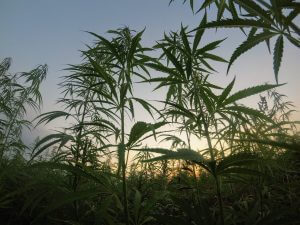 A good deal of cannabis horticulturists grow their plants outdoors, as it is the easiest and most natural growing method. However, some climates have short growing seasons that won’t allow cannabis plants to finish flowering. Growers in these areas often feel required to grow cannabis indoors, but that is not always necessary. There are ways to force cannabis plants to flower early to ensure they are ready to harvest before freezing temperatures hit, even if they are grown outdoors.

Before growers can experiment with speeding up flowering in their marijuana plants, they must understand the different stages of the plant’s growth. These stages include the vegetative stage and the flowering stage. Because cannabis plants are photoperiodic, the growth phase they are in depends on the number of hours of light they receive each day. Below is an explanation of each stage.

The vegetative stage can last up to sixteen weeks, depending on the genetics of the plant. This stage is marked by explosive growth, where plants can grow from a few inches tall to over 15 feet. How large a plant grows depends on many factors, but one of the most important is light.

To keep plants in the vegetative stage and facilitate growth, plants require 16 hours of light or more per day. When growing plants outdoors, this is an easy schedule to manage, as it naturally occurs during the summer. However, climates that see a drop in the hours of light before sixteen weeks is up may see a much smaller yield.

The flowering stage is when a cannabis plant develops its buds. Plants stop their rapid growth to focus on flower production. This stage lasts between seven and nine weeks. While a shorter vegetative stage results only in smaller plants, plants that do not have enough time to finish their flowering stage will have weak or even unusable buds.

The flowering stage starts when plants receive twelve hours or fewer of light per day. For outdoor plants, this stage starts when summer transitions into fall. While many strains of cannabis plants are resistant to cold temperatures, if the temperatures dip below freezing at night, the plant will probably suffer or die. Because of this, growers in climates with an early first frost date often grow their plants indoors to allow their plants enough time to finish flowering before harvest.

Many growers assume that growing cannabis plants outdoors means they are bound by their region’s growing season. However, cannabis growers are always finding innovative ways to solve growing problems, such as developing a strategy to force outdoor plants into the flowering stage early. There are several methods growers can use to force early flowering, and some key benefits that growers should know.

One of the most important and most obvious benefits to forcing outdoor marijuana plants to flower is avoiding frost damage. This is especially helpful for growers who live in the far north, as the time between the fall equinox and the first frost is not long enough to allow cannabis plants to reach full maturity. By forcing plants to flower early, growers can give their plants enough time to mature before it is too cold for them to be outside.

Typically, growers who cultivate marijuana plants outdoors only have one harvest per growing season. Forcing marijuana into its flowering stage can allow growers to increase their number of harvests per season, to two or three harvests. Cannabis plants can be transitioned to the flowering stage at any point, ensuring plants have the seven to nine weeks necessary to complete the flowering stage.

Growers should note that plants that are forced to flower early will not grow as large or produce as much as plants that are allowed to develop over several months. Those growing cannabis in warmer climates can have rolling harvests, planting marijuana crops back to back and forcing each to flower early. Doing this allows them to harvest buds every few months, so the difference in plant size will not significantly impact their overall yearly yield.

When to Force Outdoor Marijuana Plants to Flower

Some warmer climates allow growers to cultivate cannabis at any point in the year. In these climates, there is no specific time when a grower should force their plants to flower. However, areas farther north, such as along the American and Canadian border, experience their first frost between September and October. This early frost date makes it impossible for growers to let their plants finish flowering naturally. In these places, cannabis growers should force their plants into the flowering stage between July and August.

How to Force Outdoor Marijuana Plants to Flower

Choose a Strain that Finishes Quickly

Instead, growers should choose a plant that has a short flowering time, like Green Crack. This strain takes as little as seven weeks to flower. Growers can allow the plant to stay in the vegetative stage for longer, increasing its size before it reaches the flowering stage.

Use a Tarp to Cover Plants

One of the simplest ways to force a cannabis plant to enter the flowering stage early is to cover it with a tarp. Growers will need to use poles and stakes to prop up the tarp so it does not damage the plant, but also does not allow any light inside.

Growers must be sure their plants are getting enough airflow under the tarp to prevent mold. It is also important that they watch the temperature under the tarp. If the sun is beating down on the outside of the tarp, it could raise the temperature under it high enough that the plants get burned. This is another reason adequate airflow is critical to the success of this method.

Use an Automated Roof to Cover Plants

Growers with a more complicated setup can use an automated roof to cover their plants. Typically, this is done by growing plants in a shed or similar structure. The structure can be fitted with a manual roof cover or one that is set to a timer that automatically closes at a set time every day.

Growers will need to be sure their grow area is fitted with fans and ventilation to ensure adequate airflow when the roof is closed. They should also have a thermometer inside that measures the ambient temperature of the room to make sure it doesn’t get too hot.

For growers who want to keep things simple, moving plants inside to a prepared growing area every day is a good option for forcing them to flower early. Of course, this is only an option for growers who are using growing containers rather than growing their plants directly in the ground. The growing area will need to be prepared similarly to the structures mentioned above, with fans for ventilation and a thermometer to monitor ambient temperatures.

Growers who need to force a quick harvest should consider pollinating their cannabis plants. Once the plants have been fertilized, they will be ready to harvest in about one week. However, the flowers should be at a certain stage before pollination takes place.

Once flowers are producing seed pods, growers can pollinate the plant. The plant’s pistils will shrivel and shrink into the calyx, showing that a seed is forming. Growers should harvest their plants before the seeds are fully formed.

Of course, this means that the quality of the bud will be lower than it would have been otherwise. This method is used primarily by growers who have plants are in danger of being killed by an impending frost.

There are several things growers must be aware of when they are forcing their plants to flower early. These include:

As mentioned above, the ambient temperature inside the enclosed plants is a critical factor to monitor closely. Growers will need to cover their plants with something dark to keep light out, which will absorb more heat from the sun.  Because plants will be covered while summer is still in full swing, a spike in indoor temperature is likely, and growers must have a plan in place to keep their plants safe.

Stick to a Schedule

Cannabis plants are highly sensitive to light changes, and interruptions to their light schedule can have devastating results. Even the slightest light leak can cause plants to revert to their vegetative stage, which will significantly diminish the quality of the marijuana bud. Additionally, light leaks may cause plants to become a hermaphrodite which means they may pollinate themselves.

Auto-flowering cannabis is a cross between a little-known cannabis strain called Cannabis Ruderalis. This strain of cannabis hails from the harsh climates of Russia and has adapted to thrive in harsh climates with less light and short growing seasons. These plants do not produce THC, so they do not have the same psychoactive effects as most traditional cannabis strains.

However, when Cannabis Ruderalis genetics are combined with traditional cannabis strains, the result is a cannabis plant that produces flowers rich in THC in a fraction of the time. These plants are often smaller and somewhat less potent. With the right care and proper nutrients, growers can get the same amount of bud that is a comparable quality from multiple harvests as they would from one harvest of regular plants.

Auto-flowering cannabis is an ideal option for growers in cold climates that prefer to cultivate marijuana outdoors. The short growing time of Auto-flowering cannabis allows these growers to get a sizable harvest from their plants. Even if the plants are exposed to colder temperatures at night, they are hardy enough to handle it without negatively impacting the buds or dying.

Many strains of marijuana plants take several months to be ready to harvest. This can prevent growers in colder climates from growing plants outdoors, forcing them to invest heavily in complicated indoor growing setups. However, even these growers can enjoy the benefits of outdoor growing by using one of the many strategies explained above to force their plants to flower early.

While forcing plants to flower early may seem like a risky undertaking, it is better than losing an entire crop to an impending frost. Growers who want to be able to harvest their plants in just a few months but minimize the risks of covering their plants still have options for growing outdoors. Auto-flowering cannabis fits the needs of these growers perfectly, allowing them to have a quick harvest without having to interrupt the light schedules of their plants. 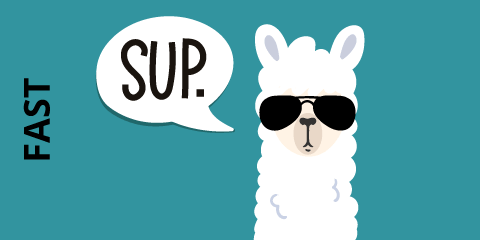 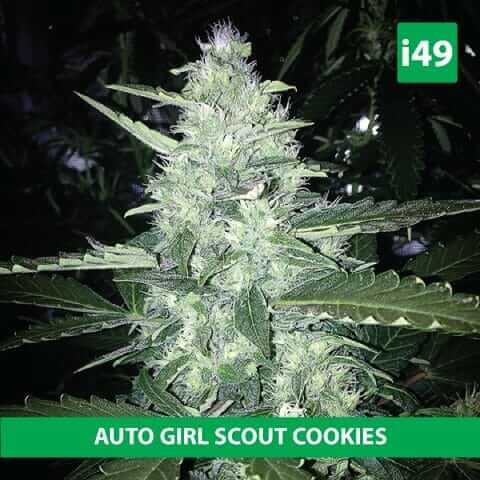 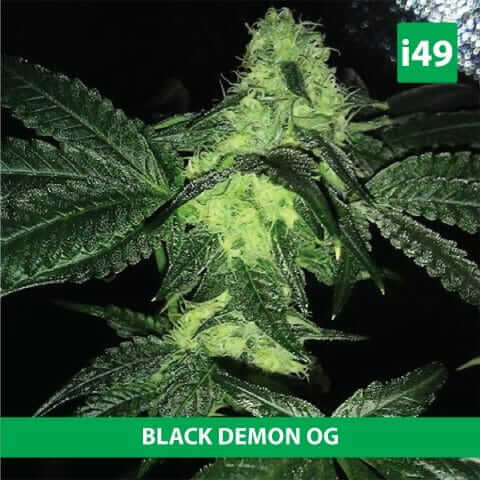 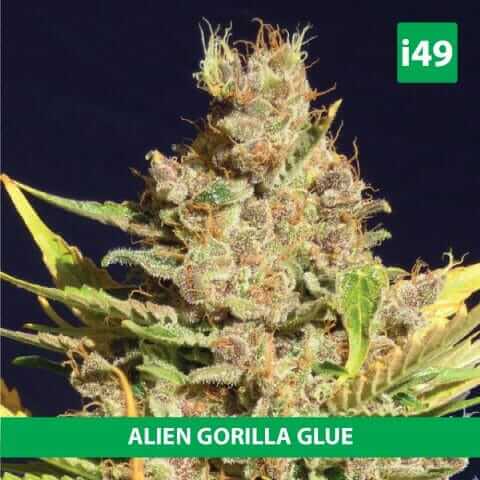 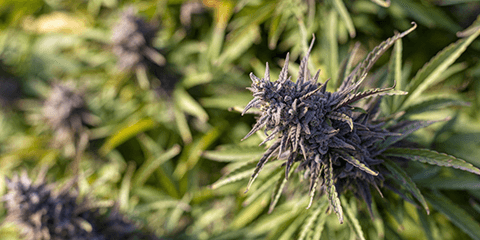 How to Make Your Weed Flower Faster