Identifying the Sex of Cannabis Plants

Identifying the Sex of Your Cannabis Plants

Demand for marijuana is growing daily across North America. Medical patients and recreational users alike are part of the surging sector. With the price of an ounce of high-quality bud averaging $320 currently, cultivating cannabis at home is certainly an appealing option. While growing marijuana isn’t an overly complicated process in general, a number of considerations should be factored into the equation.

For experienced marijuana farmers, first-time growers, and all those in between, identifying the sex of a cannabis plant is one of the most important elements of the process. It’s also one of the biggest hurdles. Though it isn’t exactly an easy feat, it’s certainly possible to pinpoint the gender of your plants. We’re here to give you the information you need to identify your plants successfully.

A Brief Explanation of Marijuana Reproduction

Most flowering plants have both male and female reproductive “organs”. In some cases, each flower on a plant has the reproductive systems of both genders. Other times, the genders are divided among individual flowers on a single plant. Pollination takes place between the male and female flowers, paving the way for new plants to come into the world via seeds.

Marijuana plants operate in a unique way. In their case, plants themselves come in separate male and female varieties. Male plants pollinate the female ones, and the offspring can be either male or female. It’s an ongoing cycle.

Sometimes, though, cannabis plants can be hermaphroditic, meaning they develop both male and female reproductive components. This often happens when stress in the growing environment and the drive to reproduce take a toll on the plants.

Understanding the differences between male and female marijuana plants is crucial when it comes to growing successful cannabis crops. Male plants produce seed pods, and that’s what most growers want to avoid unless they plan to breed new plants. Female plants are the ones that produce the desirable and highly sought-after buds, so the fairer floral gender is usually what growers want.

At the same time, male plants customarily have significantly lower THC and CBD levels than female varieties. Male plants still have these critical cannabinoids but in much smaller quantities. When male plants pollinate female ones, this causes them to produce seeds and can greatly reduce the amounts of THC and CBD in female plants’ buds. Once pollinated, female plants put much of their energy into producing seeds rather than potent buds.

Most growers, and virtually all partakers, look for buds from unpollinated plants because of their higher quality and potency. If you’ve ever heard the term sinsemilla in the cannabis realm, it refers to buds from unfertilized plants.

Determining which plants are male and which are female early on in the growing process is the key to producing the yields you’re looking for. Male cannabis plants mature faster than females so by the time the female plants begin producing buds, the males are already set to spread their pollen.

If you don’t separate the two in plenty of time to prevent this, your male plants could alter your harvest before you even realize it. Of course, marijuana plants don’t readily reveal their genders until they’re reaching maturity. Therein lies the problem.

Distinguishing the Difference between Male and Female Cannabis Plants

Differentiating between male and female cannabis plants can be tricky. The plants themselves don’t make the task any simpler. While both plants may appear very similar at first glance, certain telltale signs become visible at various points in the growth process.

Perhaps the most obvious telltale sign of a female plant is the buds she produces. They’re quite noticeable shortly after the flowering phase begins. Of course, male plants sprout flowers as well.

Timing is one way to distinguish the males from the females based on their flowers. As mentioned, male plants mature faster than females. If some members of your crop begin to produce flowers a few weeks before the others even though they were all planted at the same time and subjected to identical growing conditions, those early bloomers are most likely males.

It’s also possible to tell them apart by examining the flowers. When they first begin to develop in the nodes of the plant, or the V-shaped areas where stems branch off, female flowers look like small pouches with two small shoots emerging from them. Those are stigma, and they have white, hair-like pistils growing from them. Pistils are responsible for gathering pollen from male plants. Female plants generally grow several flowers in various nodes throughout the plant as well.

Flowers on male plants aren’t as widely dispersed. They usually only grow at the tops of plants and form tight, green clusters. Male flowers have petal-shaped growths in their centers, and they’ll eventually open to reveal a stamen, the part of the flower that distributes pollen.

Cannabis plants also have preflowers. These are tiny, immature flowers that appear before the flowers themselves. They have a spiky appearance somewhat resembling the stem of a tomato. In most instances, raised calyxes indicate a male plant.

By the time flowers appear on marijuana plants, it’s sometimes too late to prevent pollination. Judging plants by their preflowers gives you a little extra time to separate the male plants from the females if you don’t want seeds and reduced cannabinoid levels in your buds.

Characteristics of the Plants

You may be able to sort the males from the females before flowering or pre-flowering begins. Some growers can simply look at the plants and tell the difference between the two. Male plants often grow taller than females; at least, that’s the case with certain strains in some circumstances.

Male plants generally tend to be less bushy than females. Their leaves also grow sparser. Whereas females have higher numbers of leaves growing in haphazard patterns, males’ leaves are fewer and farther between. Experienced growers are quick to point out these features that are usually more pronounced in outdoor plants.

Certain long-time growers insist it’s possible to discern which plants are male and which are female as early as the germination phase. Cannabis seeds aren’t perfectly round; they’re elongated. When the seeds crack open, they sprout a tiny taproot. Some experienced marijuana farmers say plants that sprout from one end of the seed are usually female. Males typically sprout from the sides of the seed.

Honing in on the Hermaphroditic Plants

We mentioned earlier marijuana plants can also develop both male and female parts. If they’re growing in less-than-optimal conditions or feel threatened in some other way, they’ll do what’s necessary to try to pollinate themselves.

Hermaphroditic plants exhibit the traits of both genders. They grow stigma with wispy, hair-covered pistils as well as pollen sacs in the nodes of their branches. Plants with both reproductive organs can certainly pollinate themselves. If this happens, they can put a damper on the potency of their own buds and leave you with a seed-laden harvest.

As long as you catch this issue early enough, it can be remedied. Simply pinch off the pollen sacs, being careful not to damage the flowers themselves. If the pollen sacs have already opened, though, it may be too late to reverse the situation.

Most growers want to produce high yield unpollinated buds because they’re more potent and not riddled with seeds. If you fall into that category, you will want to deprive the female plants of the males’ company as early as possible in the growing cycle.

It’s important to keep a close eye on those plants to watch out for all their indicative signs. Also, be sure to take good care of your plants and monitor their growing conditions to prevent stressing them out and causing them to pollinate themselves.

In truth, the simplest way to prevent pollination altogether is to purchase feminized seeds from a trusted cannabis seed bank. Feminized seeds are scientifically bred to produce only female plants. This process involves placing female plants under stressful conditions by spraying them with a solution of colloidal silver to force them to develop pollen sacs.

From there, breeders use this female pollen to pollinate other female plants. Since those plants were pollinated, they produce seeds. Because this pollen was female, though, the seeds lack male DNA. Seeds that contain only female DNA can only grow female plants. In turn, they provide bountiful harvests of potent buds without seeds.

If you’re among the growers who want to produce buds with seeds for replanting, making cannabis oil, or other purposes, you don’t have to worry about having both male and female plants and risking pollination. In the event you are striving for buds with higher THC and CBD levels and want to avoid picking seeds out of your crop following harvest, knowing the difference between the two plants is crucial.

Feminized seeds take all the stress and guesswork out of the process, and they can be purchased easily from online cannabis retailers like i49.net. Still, it’s possible to avoid pollination when you work with traditional seeds as long as you’re observant and vigilant. Though no method is completely foolproof, the identification techniques we’ve mentioned here work for countless growers. Try them for yourself, and before long, you’ll be a pro at telling the difference between male and female marijuana plants. 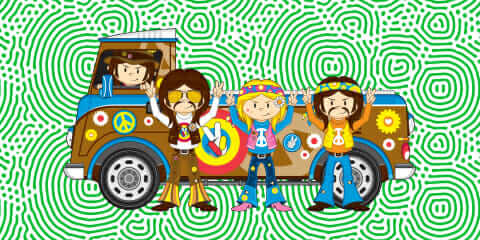 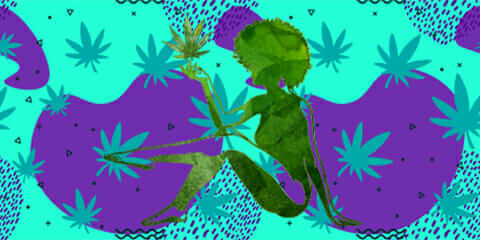 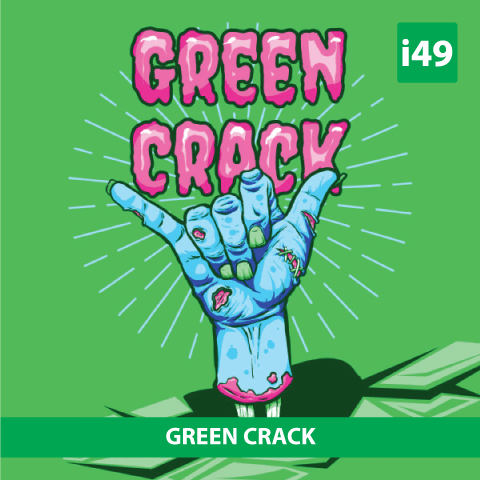 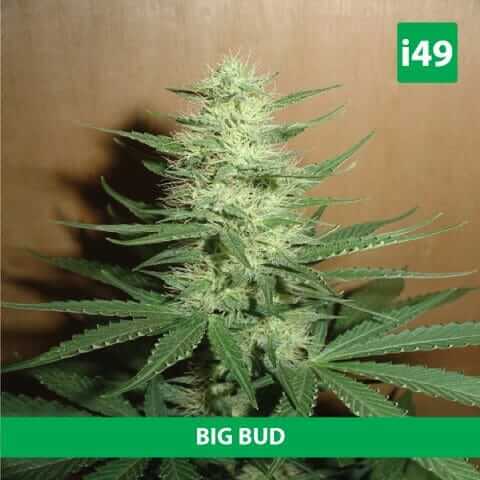 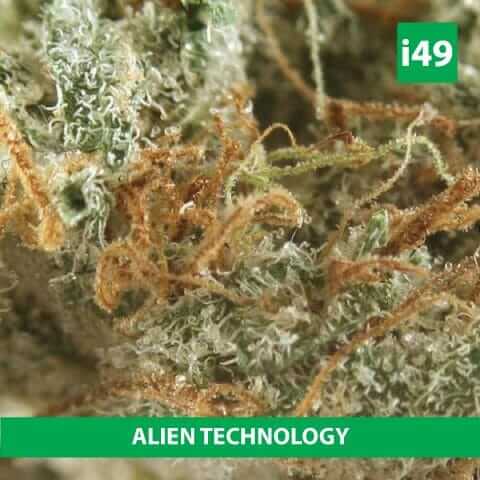