A few ants are normal in an outdoor garden, so growers shouldn’t immediately consider one or two ants a reason for concern. They can be attracted by the honeydew produced by other, more serious garden pests like aphids, though, so it’s worth keeping an eye on them. If they’re present in large enough numbers, the ants themselves can also damage the crop. Growers can read on to find out everything they need to know about controlling ants in their marijuana gardens.

Ants in the Natural Ecosystem

Ants form an integral part of outdoor ecosystems. They tunnel in the earth, which aerates the soil, and create extra nutrients for the plants as they die and decompose. For growers who have noticed minor infestations, these benefits outweigh the annoyance of dealing with occasional ants.

If they’re present in large amounts, ant colonies can cause trouble in the garden by digging under plants and disrupting their ability to absorb nutrients and water. In some cases, they may even cause irreparable damage to the plants’ root systems, which can lead to stunted plants and decreased yields.

It’s unusual for growers to see large ant colonies establishing themselves in the garden if their plants are otherwise healthy. More often than not, large amounts of ants only appear seemingly out of nowhere if aphids are also present. Aphids, mealybugs, and other insects produce honeydew, which ants love to eat. If this is the case, medical marijuana seed growers actually have two or more insect infestations on their hands.

Signs of an Infestation

Most growers know what ants look like. What few realize is that there are over 700 species of ant in the United States, alone. Don’t bother getting out the magnifying glass to identify what species of ant is tunneling in the soil around the ak47 feminized plants. It’s not worth the time. Instead, just note that all ants have three distinct body sections and are usually red, black, or brown.

Field ants are one of nine common species that plague homeowners, gardeners, and growers across the United States. Their primary food source is honeydew, so these are the ants to look out for. They’re between 1/5-inch and 3/8-inch long and resemble carpenter ants. If field ants are infesting the crop, stop to check for aphids, mealybugs, and whiteflies immediately, as these honeydew-producing insects can cause far more problems for growers.

Field ants are known to crawl up the stalks of plants, including marijuana plants. If there’s a whole swarm of them in the garden, it will be hard to miss. Not all ant species are as obvious as field ants, though, so growers shouldn’t assume that ant-free plants mean there isn’t an infestation in their garden.

Most species of ants build anthills or larger earth mounds. They can vary in size, but always take on a similar shape. Look for a small pyramid of soil with a noticeable hole in the center. If the colony is active, growers will probably notice ants coming in and out of the hole.

The problem with anthills is that while a few ants tunneling through the dirt will aerate the soil, an entire colony taking up residence in an anthill can cause root damage. Take action immediately before they spread.

Aphids, whiteflies, and mealybugs all produce a sweet substance called honeydew. Ants love sweet things, so they’ll be attracted to it almost immediately. The ants also farm aphids, protecting them from predators so they can continue to partake of their byproducts. Getting rid of the aphids will usually encourage the ants to move on.

If thousands of ants have been tunneling through the soil, the marijuana plants, themselves, may start to suffer. The first sign of ant-induced root damage is usually yellowing leaves. If the infestation and subsequent root damage are allowed to persist, growers may also notice their alien gorilla or cookie jack strain plants’ leaves begin to wilt from dehydration. In this weakened condition, they will also become more susceptible to other pests, diseases, and environmental stresses.

Tips for Getting Rid of Ants

Some growers may be tempted to head to the store immediately to panic-buy chemical insecticides, but that’s not a great idea. There are plenty of non-toxic and less-toxic options that won’t harm plants, growers, or the ecosystem, but will effectively remove the ants. Always start with the least harmful options before applying chemical insecticides.

Both cinnamon and cayenne are known to repel ants and other pests, so they can be applied as a preventative treatment. Just find where the anthill is, then pour one of these spices into the hole and sprinkle some on the dirt in the surrounding area. Most growers find that cinnamon works better as an ant repellent, but plenty of gardeners swear by cayenne pepper spray repellents. If mixed with a drop or two of Castile soap, they can also be applied as a foliar spray.

Diatomaceous earth (DE) contains small particles of sharp, ground-up shells and minerals. These tiny shards are deadly to soft-bodied ants, but they’re perfectly safe for plants, growers, and the rest of the local ecosystem. Just sprinkle the DE around the garden and wait for the ants to make contact. When they walk on it or try to eat it, the DE will have a desiccating effect, killing the ants.

Although ants, themselves, are sometimes considered beneficial insects, they can also damage marijuana plants. When this is the case, introducing predatory insects like ladybugs or praying mantises is a great way to get rid of not just the ant problem, but also any other pests that might be hanging around the cbd weed garden. Both of these beneficial insects are known to feed on the aphids, whiteflies, and mealybugs that produce honeydew, as well, which can help to prevent the ant problem from recurring.

Get Rid of Other Insect Pests

Since ant infestations typically occur when other pests start producing honeydew on the plants, getting rid of the aphids, mealybugs, or whiteflies may be enough to get rid of the ants. Beneficial insects can help to control all pest populations, as can keeping the garden clean and purchasing high-quality outdoor cannibis seeds that grow healthy plants. It’s also important to avoid overwatering, which can attract a whole host of insect pests.

Growing healthy plants isn’t just about buying healthy seeds. It requires careful attention to everything from watering and feeding schedules to soil pH. One great way to kill two birds with one stone is to use high-quality organic inputs instead of chemical fertilizers. Chemical fertilizers damage the soil’s microbiome, while organic compost and amendments make it healthier.

By maintaining a healthy soil microbiome, growers will also be providing for their plants’ needs, increasing growth and improving yields. Healthy soil is teeming with beneficial bacteria, fungi, nematodes, and other microorganisms that make nutrients more accessible to plants’ roots, keep pests at bay, and otherwise support plant health, so don’t underestimate the benefits of creating and maintaining healthy, living soil.

There are plenty of all-natural, organic methods for getting rid of ants. What they all have in common is that they’re better not just for the high thc or high cbd cannabis plants you are growing, but also for yourself, your pets, and the ecosystems surrounding your gardens. For commercial growers or hobby growers who like to share, organic pest control will also benefit the customers or friends who smoke the final product.

There’s no reason to resort to chemical insecticides. If the natural methods described above don’t work, growers should take an Integrated Pest Management (IPM) approach to dealing with their ant problems.

Proponents of IPM believe in what’s called least-harmful pest management strategies. If natural methods don’t work, they don’t go straight for the most toxic alternative. Instead, look into least-toxic ant control methods like insecticidal soaps or oils, microbial insecticides, botanical insecticides, and others. They’re effective, and they don’t kill predatory insects that would otherwise be acting as a natural control mechanism.

Almost every outdoor grower will notice the occasional ant crawling around on the ground in his or her garden. It’s only when growers start seeing a heavy influx of ants that they should start to worry. If they’ve noticed honeydew-producing insect pests, focus on getting rid of these more harmful pests first and wait to see if the ants leave of their own volition. If they don’t, start the ant control regime with the least toxic options like cinnamon and cayenne, and only escalate to potentially toxic insecticides if nothing else works. The plants, the environment, and the people consuming the final product will all be thankful. 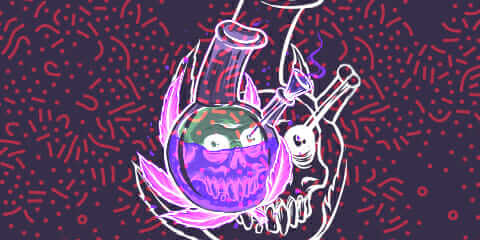 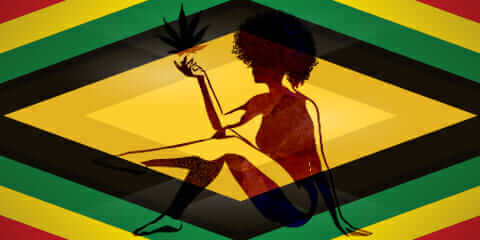 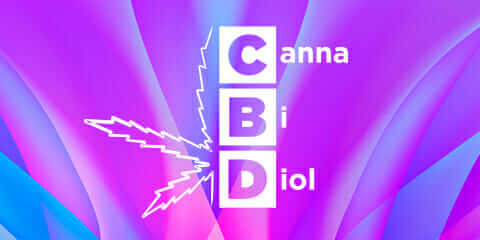 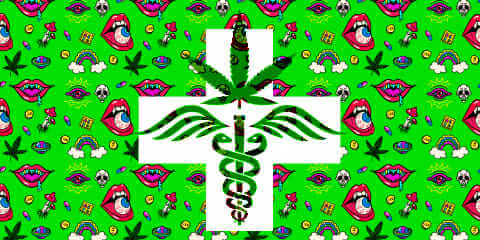 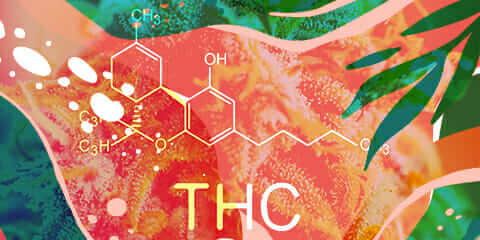 January 22, 2021 | Hydroponic Growing
The Ultimate Guide to Growing Marijuana Using Hydroponics Introduction to Hydroponics Marijuana  Are you interested in learning how to grow ...
Read more