Leaf miners are insects that burrow between the epidural layers of plant leaves. It isn’t the adult insects that growers have to worry about, but their larvae. These insects multiply by laying eggs on the bottom sides of plant’s leaves, including those of marijuana plants. When the eggs hatch, the larvae immediately begin burrowing into the leaves and eating plant tissue as they go.

What Are Leaf Miners?

This category of insect is actually composed of multiple species. The majority of them are moths (Lepidoptera), flies (Diptera), and sawflies (Symphyta), although some varieties of beetle also use this reproductive strategy.

Leaf miners feed selectively on those epidural cells that contain the least amount of cellulose and tannin, but unfortunately, their destruction isn’t as selective. If left unchecked, the damage caused by leaf miners can inhibit plants’ abilities to photosynthesize efficiently. They won’t usually kill the plants, but leaf miners can reduce yields.

Leaf miners may be hidden from the naked eye, since they bore into the plants’ leaves and spend the entire larval stages of their lives tucked into their epidural layers, but the damage they cause is easy to spot. Look for squiggly white or brown lines on the top of the leaves. These unusual discolorations indicate that the insects have already entered the larval stage.

Growers with a strong attention to detail may be able to spot leaf miner eggs before they even hatch. They appear as tiny spots on the underside of the leaves. Most growers don’t notice leaf miners until they’ve already entered the larval stage and begun to produce more visible signs of damage, but that’s fine. These insects don’t generally destroy crops completely, so as long as growers take action as soon as they see visible signs of damage, they should have little to worry about.

All commercial and hobby growers should be checking their plants for all varieties of pests and disease. Here are a few symptoms to look out for:

When in doubt, break out a magnifying glass. Early detection is key to all pest control programs, so don’t put off dealing with the problem and assume it will just go away.

How to Control Leaf Miners

The first rule of controlling leaf miners is, don’t panic. These insects can cause substantial aesthetic damage to leaves and may even kill some of them, but they don’t eat buds and while reduced photosynthesis levels may negatively impact yield, they won’t completely destroy the crop. That doesn’t mean growers should sit back and do nothing, though. Try the following methods for controlling the population.

If growers catch the problem early, they may be able to prevent a full-blown infestation by removing individual insect larvae or damaged leaves by hand. This is only a practical solution during the earliest stages of an infestation, though. Check each leaf in the affected area for signs of damage, removing those that exhibit symptoms of leaf miner infestation, and remove larvae and eggs on the outsides of the leaves by hand to make sure all of them have been removed.

Like all animals, insects have natural predators. Growers can take advantage of natural processes for population control by introducing leaf miner predators into their gardens. One great option is a parasitic wasp in the Eulophidae family known as Diglyphus isaea.

Diglyphus isaea are approximately two millimeters long. They’re warm-weather parasites, so growers in cold climates will have to reintroduce them at the beginning of each season. They kill leaf miners by stinging them, paralyzing them, then feeding on the dead insects and laying their eggs next to the bodies. They will only be able to kill leaf miners on the outsides of plant leaves, so they’re best used in conjunction with other control measures.

Neem oil is a natural plant-based insecticide derived from the fruits and seeds of evergreen neem (Azadirachta indica) trees endemic to India and grow in the tropics. Organic growers use it to prevent and treat a wide variety of pest infestations, and it can be effective in reducing leaf miner populations. This natural insecticide disrupts the life cycle of many insect pests, lowering their populations over time.

Growers should note that neem oil residue will confer an unpleasant taste to buds, so it should only be applied to the whole plant during the vegetative stage. Once the plant starts flowering, restrict the use of neem oil to low-growing leaves far away from the developing buds. Apply it as a fine mist directly to the leaves for best results.

As with most things in life, the best cure for leaf miners is actually prevention. It’s difficult to eliminate all leaf miners completely from outdoor gardens, but there are a few easy and affordable steps growers can take to reduce their chances of dealing with a full-blown infestation.

Row covers can be used in both outdoor and indoor grows, although most careful indoor growers don’t need to take this precaution provided they’re precluding insect pests from their grow rooms. They prevent infestations by stopping adult leaf miners from getting to the plants to begin with. If the adult insects can’t get to the leaves to lay their eggs, the larvae will never have the chance to start feeding on them.

For best results, drape the row covers over a frame so they don’t directly contact the plants. These specialized cloth coverings will allow plants access to adequate light and allow growers to water them as usual without removing the row covers. They also protect against other types of insect and mammalian pests, so it’s worth the investment.

Placing sticky traps also benefits growers in another way. These traps, which are baited using scents that mimic natural insect pheromones, will give growers a better idea of how many adult leaf miners are present in their gardens before they start reproducing and laying eggs. Even if the traps don’t kill 100% of adult leaf miners, the ability to track population levels gives growers a means of evaluating the effectiveness of other control measures and alerts them to potential problems before they get out of control.

Healthy plants are less susceptible to all kinds of insect infestations. They’re also less susceptible to bacterial, viral, and fungal diseases, and more likely to produce dense, high-quality buds at the end of the season. Pay attention to watering schedules, soil nutrient levels, and air quality, especially in indoor grows. The extra work will pay off at the end of the season.

Plant genetics play a strong role in determining pest resistance. Growers who’ve dealt with substantial pest issues in the past may want to consider switching to a different seed bank and looking for strains that are known for lower vulnerability to pests and diseases.

A Word About Chemical Pesticides

Some growers may be tempted to apply commercial pesticides to combat leaf miner infestations. As a general rule, this is a bad idea. Pesticides don’t work well against leaf miners since they burrow into the leaves. Chemical pesticides are also dangerous to the ecosystem and human health, so unless growers know what they’re doing they should try to avoid them whenever possible.

Pesticides can also create a negative feedback loop. Most of them don’t just kill the target insects. They also kill beneficial predators like parasitic wasps. When the population of beneficial predators falls, there won’t be any natural mechanisms in place for controlling leaf miner populations in the future once the effectiveness of the pesticide declines.

No matter how much pesticide growers apply, there will also be some insects that will survive and reproduce. Over multiple seasons of constant exposure, the population of leaf miners will become pesticide-resistant. Combined with mass die offs of beneficial predatory insects, the result of increases in pesticide resistance will result in a bigger leaf miner problem several seasons later. It’s not worth the risk.

Leaf miners won’t usually kill plants or destroy crops, but they can cause substantial aesthetic damage to a plant’s fan leaves if left unchecked and, in extreme infestations, may reduce crop yields. Growers should now have the tools they need in their arsenals to identify the problem quickly and take steps to control leaf miner infestations. Those willing to invest a little extra money into supplies may even be able to prevent them from attacking their plants to begin with. 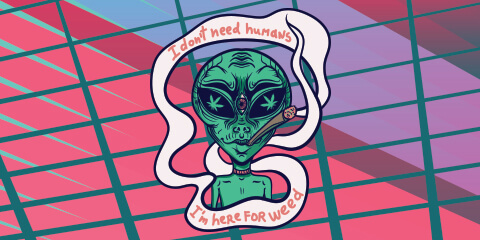 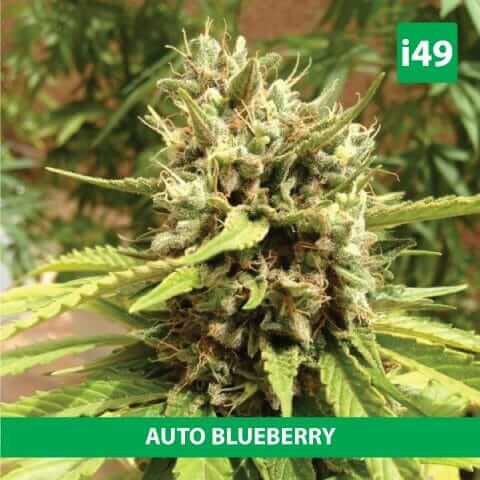 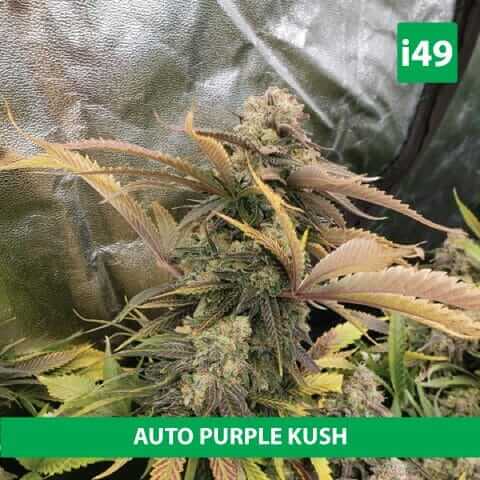 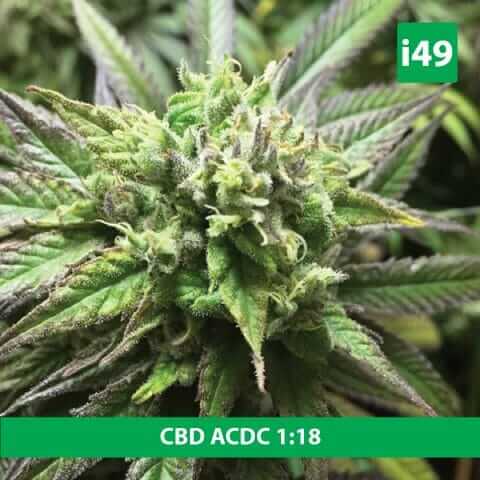 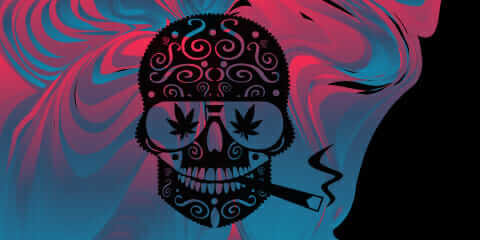 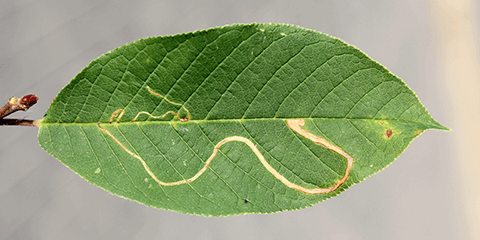