The New England area is comprised of 6 states: Maine, New Hampshire, Vermont, Massachusetts, Rhode Island, and Connecticut. Although the region is often considered by visitors to be largely cohesive, the reality is that each of these states remains staunchly independent. In the context of marijuana laws, that means each of them tackles the cannabis question a little differently.

Recreational marijuana was legalized in Maine in 2016. Today, adults may possess, transport, and consume up to 2.5 ounces of marijuana and marijuana products, including up to 5 grams of concentrate.

Adults can also grow up to 6 plants in flower and 12 plants in a vegetative state, along with unlimited seedlings, and can keep all the marijuana produced by those plants, making marijuana seeds and growing equipment a great purchase for all Maine residents over the age of 21. This is particularly true given that recreational dispensaries have yet to open their doors to Maine consumers.

Although New Hampshire is surrounded on all sides by states (and one Canadian province) that have legalized recreational marijuana use, it technically remains a medical-only state. Lawmakers did recently make one concession, though. They decriminalized possession of less than three-quarters of an ounce, treating it as a violation rather than the misdemeanor it used to be, limiting the fine to $100. As with all United States, possession of cannabis seeds in New Hampshire is completely legal.

In 2018, Vermont legalized recreational marijuana use for all adults over the age of 21, although the state has yet to approve any dispensaries. Adults can purchase, possess, and consume up to an ounce of marijuana.

Vermonters are also allowed to grow their own plants. Each household can have up to two mature plants and 4 immature plants, and all the marijuana produced by them can be kept on-site legally. Growers should note, however, that their plants must be grown in a secure enclosure out of public view.

Massachusetts also legalized recreational marijuana use in 2016, but it’s a little ahead of its northern neighbor when it comes to creating the infrastructure to support it. There are multiple recreational cannabis shops in Massachusetts where consumers can purchase up to an ounce of weed and up to 5 grams of marijuana concentrates at a time. That’s the upper limit of what consumers can transport outside their homes at once.

Massachusetts adults over the age of 21 can also legally grow their own marijuana plants. They can have up to 6 plants per person or up to 12 plants per residence, although it’s relevant to note that selling cannabis plants of any age to home growers is still illegal in Massachusetts. Thankfully, it’s perfectly legal to buy seeds online, grow them to maturity, and even give them away to friends.

Medical patients can also grow up to 12 adult plants and 12 seedlings and cardholders can cooperatively cultivate medical marijuana in either residential or non-residential locations. All adults in Rhode Island can legally possess marijuana seeds. Like New Hampshire, Rhode Island participates in reciprocity agreements with other states.

Connecticut has the strictest marijuana laws of any state. Medical marijuana is legal, but Connecticut does not allow out-of-state medical card holders to possess marijuana and no one but licensed growers can cultivate plants. Despite the fact that home cultivation remains illegal, Connecticut residents can still buy and possess cannabis seeds.

For recreational users, possession of less than 0.5 ounces of marijuana is decriminalized, but it still comes with a fine of between $150 and $500. Having more than 0.5 ounces is a misdemeanor that can cause consumers to face fines of up to $2,000 and jail time of up to one year.

New England’s climate makes it difficult to get good crops of marijuana from limited numbers of plants outside. There are a few ways growers can get around this. They can invest in grow lights, fans, and other equipment and set up a New England indoor grow space, use protection such as hoop houses to prolong the outdoor growing season, or purchase auto-flowering seeds.

Technically, any cannabis plant can be grown indoors, but some do better than others. Try the following strains for growing indoors:

While auto-flowering plants almost always mature earlier than regular seeds, there are some strains that mature more quickly than others. For outdoor grows in cold climates with short growing seasons, try:

Almost all strains are available as auto-flowering seeds these days. Shop around or try these popular varieties to get off to a good start:

Given how quick some New England states were to jump on the marijuana legalization bandwagon, it’s safe to assume that those lagging behind like New Hampshire, Rhode Island, and Connecticut will change their tunes as they see how successfully their neighbors have integrated legal weed into their tax structures and daily lives. There’s no harm in buying seeds now to prepare for the day when all of New England has legalized cannabis growing for home use. Just make sure to purchase seeds that will fare well in cold New England weather.  i49 USA has a huge variety of seeds to choose from! 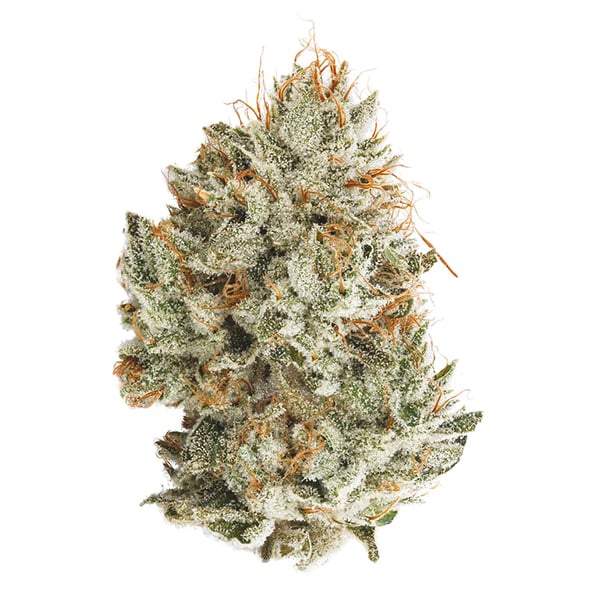 Gorilla Glue #4 Fem Want to unleash the beast? Go bananas with this THC-heavy gorilla!
AREAS TO BUY MARIJUANA SEEDS IN THE USA